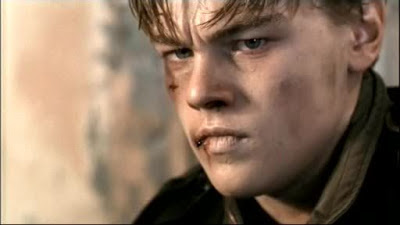 
There seems to be a fairly standard recipe for the American biopic: start with a tragic childhood incident or early drug addiction, develop an unbelievable talent in either music or sports, and finish by overcoming great odds to become rich and famous. This formula worked on audiences in Ray and Walk the Line, both filmed in the mid 2000's, but The Basketball Diaries follows a slightly moderated blueprint, leading to a fairly unexpected experience.

DiCaprio (What's Eating Gilbert Grape, Growing Pains) plays Jim Carroll, the real-life author of the autobiographical book that the film is based on. As a promising young basketball player at a New York Catholic high school, DiCaprio spends his time shooting hoops and ditching school with his friend, Wahlberg (Renaissance Man, Fear). When the young athletes begin to dabble in drugs, they quickly fall into an alternate lifestyle, and their plans for the future begin to crumble.

This film somehow followed the biopic recipe without falling into the biopic cliches. It was about addiction, it was about talent, and it was about redemption. But it wasn't about a wealthy savant who, once they stopped doing drugs, starting making millions of dollars. It was more real than the average biography, sometimes disturbingly so. DiCaprio was amazing, at a very young age, and Wahlberg was equally excellent in a smaller role. The cast fit well into the setting and the movie was smooth throughout.

The ending falls a little flat, and I've seen addiction movies done a little better (Requiem for a Dream), but overall, The Basketball Diaries is a solid film with excellent acting that helped launch the careers of two brilliant actors.