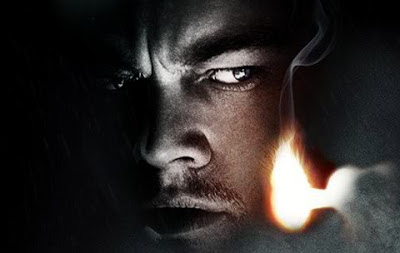 
From the beginning, it was clear that this movie would be one thing if nothing else: creepy. Intense, driving music, an approaching storm, a suspicious assignment on a rocky coastal island; tools used to build suspense and create an eerie feeling. Scorsese (Goodfellas, The Departed) sets the scene well for an intriguing story.

DiCaprio (Titanic, Inception) & Ruffalo (Zodiac, Blindness) play federal Marshalls who take a case at an island asylum for the criminally insane. Kingsley (Gandhi, Sneakers), the head of psychiatry at Ashcliffe, has requested their help in finding an escaped patient, who's room was found empty, yet locked. DiCaprio, who's character has mysteries of his own to solve, struggles against a furious storm, an uncooperative staff, and his own demons to crack the case and uncover the secrets of Shutter Island.

The first hour and a half of this film is spent building the suspense and the story, which is done well. The acting and dialogue, however, are both often questionable, at best. This is especially true in DiCaprio's dream sequences, in which Williams (Dawson's Creek) makes her appearances. Her acting is sub-par, over-dramatic, and these scenes seem out of place with the gritty reality of the asylum and its inhabitants. The last half hour of the film, however, is spent making the viewer feel sheepish for their critiques, as it reveals all and exposes the hidden truths that should have been quite visible, but were definitely not.  Shutter Island is a good film with a great twist. The trap is set wonderfully and the viewer falls right into it. It is the type of film that warrants a second watch.