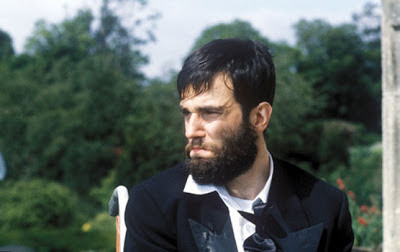 
In 1990, My Left Foot took home two Academy Awards: Best Actor (Day-Lewis) and Best Supporting Actress (Fricker). This was no small feat, given the strength of competition. Day-Lewis (The Unbearable Lightness of Being, The Last of the Mohicans) beat out Tom Cruise, Robin Williams, Kenneth Branagh, and Morgan Freeman to win the first Oscar for which he had been nominated. And yet, excellent acting does not always translate to an excellent film. Perhaps the Academy had reason for not naming My Left Foot the best picture of the year.

In this biography, Day-Lewis plays Christy Brown, an Irish poet, author, and painter who was born with cerebral palsy. Living in Dublin in a poor working-class family, Day-Lewis is considered a mental defective and struggles to connect with his family; especially his authoritative father. With the support of his mother, Fricker, he begins to write, paint, and communicate using his left foot, the only part of his body that he can totally control.

Not surprisingly, the acting in this film was terrific. Daniel Day-Lewis remains one of my favorite actors, able to play any role excellently. Another actor in this role might have come off as silly or affected, but he inhabited the character perfectly. The story was intriguing, even though I don't love biopics, and it kept my interest. Still, there was some element missing that kept it from being a great film. There was an overly long period of time covered from beginning to end, and the flashback technique that was used only made the film seem choppy. If the directing and editing could have risen up to the level of the acting, this could have been a phenomenal film.

While My Left Foot wasn't flawless, it was still quite good; it is a film that deserves to be watched, even if it won't blow audiences away. The true story alone is worth your time, and so is the acting clinic put on by Day-Lewis. I would be interested in reading the autobiography by the same name, written by Christy Brown. The first hand account might have the certain something in it that the film is missing, and that would be something to see.