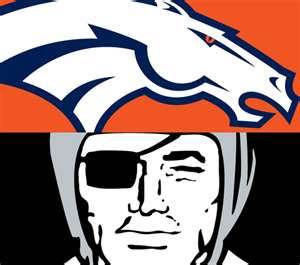 The NFL and other sports leagues got at least one thing very right; divisions.  Competition between divisional opponents is the key to their success.  Why?  Because it creates rivalries, and rivalries are what we want to see.  Take last night's TNF game on NFL Network for example.  The Broncos are 9-3, the Raiders are 3-9.  Should be a lopsided victory for Denver, a foregone conclusion, and it was.  So why were people still watching if they could easily predict the result?  Because 'any given Sunday'?  No, because of the rivalry.  The NFL has created a hatred between these two clubs by placing them in the same division and forcing them to play each other twice a year.  Both teams are old AFLers, and the NFL did a great job in keeping them together and keeping the bad blood between them alive and well.  We love to see rivalries because they elevate the level of competition and make unwatchable games watchable.  This is the only way ANYONE can watch a Browns games, because sometimes they play the Bengals and Steelers.  In these games, teams play harder.  They play angry and they know their opponent.  It makes for a better game, one that could go either way, and that's what we want to see.
Posted by Olie Coen at 1:14 PM