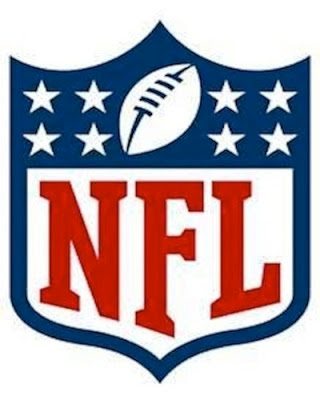 
Ind @ Jax - I may not have as much faith in Andrew Luck as the rest of the country, but even I think he will beat a team that can only score 15 points per game.
Oak @ Bal - The Ravens have been hit hard by injury, but thankfully for them Suggs has returned.  With the Raiders banged up as well, I expect a bloody battle with the home team winning.
Den @ Car - John Fox returns to Carolina and he should be able to leave with a smile.  The Broncos and Peyton are hot and should outscore the Panthers by 20 points.
NYG @ Cin - While a falter against the Stillers was expected, I don't think the Giants will suffer the same fate this week; the Bengals are a mess.
Ten @ Mia - The Titans' problem is their defense; they are the only team to allow 300+ points this season.  That's an average of 34 points allowed per game.  Dreadful.  Miami.
Det @ Min - These teams are going opposite direction; the Lions are on their way up and the Vikings are on their way to the basement.  Ponder has hit a wall and should lose this game.
Buf @ NE - How many of us had the Bills as a sleeper team this season?  Their offense should be scoring more points and their D should be much better.  But the reality is, they're awful.
Atl @ NO - This is the week.  The Falcons have been lucky in a few games this year, but it may be about to run out.  Should be a very high scoring game, with the Saints winning by a nose.
SD @ TB - Both teams are 4-4, both teams play good D, and both teams will most likely miss the playoffs.  Look for Rivers to get rattled and blow the game; that's what he does.
NYJ @ Sea - Well, I predicted Tebow would start this week.  So far no good.  The Seahawks defense is just too good for a hapless Jets team, especially if Sanchez starts.
Dal @ Phi - So, who wants to get fired first?  Both Garrett and Reid are soon to be out, as well as their respective QBs, most likely.  The Cowboys play pretty well on the road and might win.
STL @ SF - The Niners are just too good for a team like the Rams to go up against.  In what should be a low scoring game, we should see a pretty easy win by the best defense in the league.
Hou @ Chi - The Game of the Week for sure, on SNF, featuring the #2 and #3 defenses, and two teams that each score 30 points per game.  Not to mention that the Texans are undefeated on the road and the Bears are undefeated at home.  Something's got to give, and I can only assume it will be Jay Cutler.  Texans win.
KC @ Pit - Talk about anticlimactic.  The Chiefs are plain miserable, and the Stillers are on the up.  This game shouldn't even be close, as any KC QB they throw out there may not come back alive.
Posted by Olie Coen at 2:11 PM