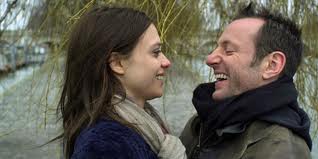 
I'm always wary when I come across a movie that is written, directed, produced, and starring the same person.  I mean, how can you have time and energy enough to put that much of yourself into a film?  And giving all of that, how can you have anything left in the tank to edit, censor, critique, judge, or just enjoy?  It's just not a great idea to make one film the definition of your life; it's almost guaranteed to fall short of its expectations.  And such is the case with After Fall, Winter, which, furthermore, is a sequel to the equally self-indulgent film Fall.  It's obvious that Schaffer put his all into this movie, and he deserves some applause for not holding back.  But in doing so, the film became completely about him while totally ignoring his audience.  So, while he might love his movie, it's hard to imagine that anyone else will. 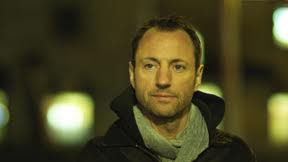 The story is centered around the life of Michael.  Living in New York City and slowly slipping into a deep depression, he struggles just to keep his head above water.  Michael is a writer, and although his last novel was very successful, no publishers will pick up his new manuscript.  Going further and further into horrible debt, he sells his apartment, moves into a slum, and attempts to figure out what to do next.  Luckily for Michael, a friend unexpectedly lends a helping hand, offering him a place to stay, for free, in Paris and a chance to regroup, refocus, and get his life back on track.  Not knowing what else to do and still keeping up some hope that his new book will take off, he moves to France and thus begins a new chapter of his life.


Although not speaking the language and also not knowing many of the customs, Michael attempts to explore and understand his new home.  Right away he meets a woman, a stunningly beautiful Parisian named Sophie who he can't stop thinking of.  And even though she wants nothing to do with this arrogant American, he refuses to give up and the two very slowly get to know each other.  However, they are both keeping similar secrets that threaten to destroy their budding relationship; Michael is a masochist, desiring to be punished, humiliated, and beaten by a dominant woman, and Sophie is a dominatrix, torturing men who pay her for this pleasure.  And while neither want this practice to enter their actual love life, both are haunted by the choices that they have made and by the lies that constantly hang over their chance at happiness. 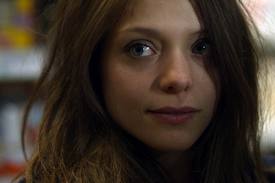 It's hard to decide where to start when pointing out the problems with this film.  As I mentioned before, Schaeffer took on way too much and then couldn't deliver great quality in any facet.  His directing was heavy-handed, his writing (especially the dialogue) was juvenile, and although his acting was perhaps the best part of the film, it was still not wonderful.  There was a sense that if he had just focused on one aspect he could have done it very well and professionally.  But, sadly, he didn't and so the movie became unfocused as well.  Conversations dragged on much too long and were never believable, side stories kept getting in the way while not adding much depth, and the background music was repetitive, distracting, and generally annoying.  Technically speaking, Schaeffer is definitely no Scorsese.

And putting all that aside, the plot had issues of its own, the most major being that I never once believed that Michael and Sophie were in love.  Any passion they showed felt forced and the sex between them was strange at best.  In a film filled with intriguing taboo practices I was surprised to not feel much of anything at all except bored.  I was never rooting for the couple to make it, I never cared whether they found happiness or not, and it never mattered to me that they were sado-masochists who's souls could never be filled with anything meaningful.  And that, I guess, was the problem that I had with the story; I just didn't care enough.  I was never invested in or made to feel passionate for the main characters, and that's not good.


Now, it wasn't all bad.  There were some redeeming characteristics that kept me watching and semi-interested.  Schaeffer himself created a very interesting character in Michael, someone who was so full of pain inside that he desired a woman to give him physical pain and to tell him that he was exactly as horrible as he felt he must be.  And Michael's relationship with Sophie was interesting, as it created a sort of role reversal, with him needing to be loved and wanting to talk through every feeling, while she desired space and had trouble opening up.  But these positives just weren't enough to overwhelm what became a very dreary and depressing film; one that never captured me as an audience member and just left me feeling empty. 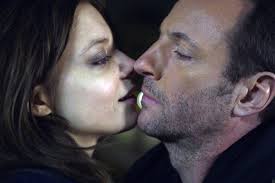 Video - With an aspect ratio of 1.85:1, the video was HD quality.  The shots were crisp, clear, and in high contrast.  Although there was no action and the picture wasn't called upon to be wonderful very often, there was still a high standard in all scenes.

Audio - There are zero sound options with this film.  No language selection, no audio choices, and no subtitles; the DVD was produced in stereo.  Music and sound play a very minimal role in the movie, as dialogue is the key to the plot and action. 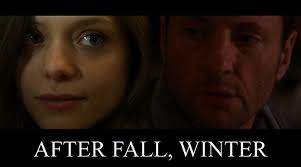 Skip it.  Although this film is both disturbing and thought-provoking, I can't recommend watching it.  It's just too depressing, too overdone, and too much.  Yes, there are positives, but the negatives overwhelm them and make After Fall, Winter interesting yet dismissible.  The video quality was high, the audio quality low, and the extras unremarkable.  All in all, not an impressive movie.