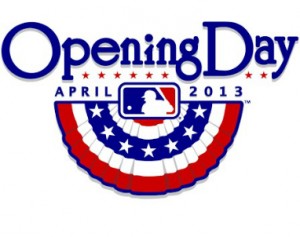 While Opening Day is right around the corner (April 1st), the season actually starts on March 31st in Houston.  That's right, the world-famous Astros get the opening game in their stadium.  Well, last year it was the Marlins, so maybe this is an improvement.  The Astros did make news this season by switching to the AL West, but they made the wrong kind of news in every other way last year, by basically being a way for NL Central teams to get cheap wins.  As a Cardinals fan I regret that they are gone for exactly that reason.

Who must they face first in their new uniforms and new league?  The Texas Rangers.  The best of the West.  The team famous sports writer Olie Coen chose as his World Series pick.  Not an easy way to start the season.  The Rangers should blow the Astros out of the water all season long, starting on Sunday night.  Bud Norris gets the start for Houston, and while he's usually great at home he went 7-13 last season with an ERA of 4.65.  Not great.  Texas tabs Matt Harrison, a hard-working starter who went 18-11 last season with an ERA of 3.29.  And while the Rangers scored the most runs in the MLB last year (808), the Astros scored the least (583).  That's an average of 5.0 runs per game vs. an average of 3.6.