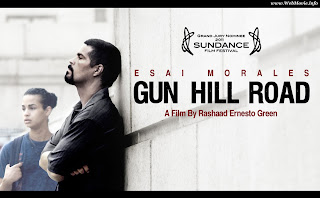 
I've lived a fairly easy life.  I mean, everyone has problems, but mine were never huge.  I grew up in small town America, we were never rich but always made due, my family was loving, and I've always liked myself and have known who I am.  So, sometimes I feel as if I have a difficult time either connecting to or understanding the problems that characters face in various gritty movies.  I can't fully appreciate the struggles of minorities in inner cities, the problems that broken families face, or how hard it can be for some people to "find themselves".  So as I prepared to watch Gun Hill Road, I assumed that there might be a disconnect between myself and a story that I have never even come close to experiencing.  But I could not have been more wrong.  I guess I had forgotten that when you make an excellent film the details cease to matter, and the true greatness of the story shines through regardless of the limited scope of the viewer. 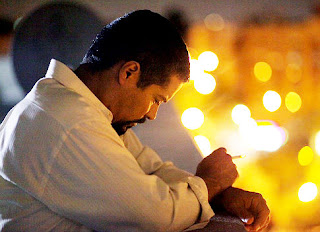 Set in the Bronx in New York City, the story centers around two characters: Enrique and Michael.  Enrique is a father, a husband, and a convict.  Having just served a three-year sentence for a variety of crimes, he prepares to reenter his old life.  But, of course, things have changed.  His friends may still be the same, but his family is another matter.  His wife, Angela, has become distant and has developed a new life all her own.  And his son, Michael, seems to be a completely new person from the boy he left behind.  These problems meet him at home and compound the issues that he is already facing as an ex-con: a strict parole officer, a grueling job, the easy life of crime that tempts him, and the secrets of prison life that he can share with no one.  As Enrique attempts to keep his life together, his biggest challenge is his growing boy, who has problems of his own.

Michael is less than thrilled at the return of his father.  While Enrique was away, he felt free to live his life the way he chose and to become the person that he had always wanted to be.  Now Michael is afraid to show his true self, because that person is a woman.  Viewing himself as a transsexual, he fears that he will not be accepted by his father, as he is not accepted among other teenagers.  Calling himself Vanessa and speaking poetry at a local club, Michael tries in vain to establish a defined life for himself.  But his father is filled with hate, fear, and loathing, and as Enrique fights to regain control of his family, Michael slips further and further away.  To rediscover the love that they once had for each other, father and son will have to face the truth of their new lives; that everything has changed, that nothing is easy, and that sometimes the person you long to be is not who you've become. 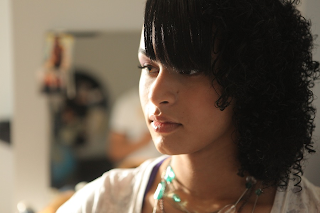 It's safe to say I was not prepared for this film.  I was not ready for it to be as profound as it was.  Like I said before, I didn't think I'd relate to, understand, or appreciate a story about a Latino transgendered male-to-female teenager living in the Bronx who's father had just returned home from prison.  That just isn't anything I've ever had to deal with.  But I felt it.  I was forced to feel it.  There was a reality to the film that could not be denied.  It could have been a story about anyone from any time and I would have gotten the point.  By the end the details and the set up didn't matter; it was a story of a father and a son who had problems and tried their best to fix them.  And again, I guess that's what great movies do to you.  They use a plot to set the scene, yes, but then the plot disappears and what you're left with is passion, heartache, pain, misery, love; feelings.  And, man, I felt it.

Green, as both the writer and the director, deserves a boat-load of credit.  His techniques and shots were so subtle and light that I almost forget that someone made this movie, that it wasn't just footage of someone's life.  He allowed the actors and the moments to speak for themselves, and didn't make the mistake that so many directors make; becoming so self-absorbed that the film becomes about the people who made it, not about the ideas it was trying to convey.  And the actors themselves were spot on as well.  I have never seen Morales do better.  He was the epitome of a tortured soul, and he really made me like his character, even after all the awful things he did.  Santana was also very strong.  As a transgendered male-to-female herself, she knew exactly how it felt to be in the situation that the movie portrayed.  And she did it all while living in a group home and acting in her very first film.

Obviously, I really liked it, but I understand that it may not be for everyone.  Many people might be hesitant to watch such a bold film about such a personal topic.  It's not an easy movie to watch, and it doesn't hold back.  During one scene in which a character kicks another repeatedly I could literally feel each crunch of boot into body.  Each emotion was shown so clearly by each character that it was almost painful to see.  And the story included many adult themes and sexual situations, some of which would most likely make some individuals uncomfortable.  But, for me, the details were superseded by the emotions, and I felt them clearly.  Don't watch Gun Hill Road on a whim, with a crowd, or to kill time.  Watch it if you want to experience something real, whether or not it may hurt.

Video - With as aspect ratio of 1.78:1, the widescreen video is clear and effective.  Much of the action takes place at night, with a very good dark/light ratio.  As with many dramas and as opposed to many action films, most of the camera work is focused on facial expression and emotion.  So the HD video doesn't get to strut its stuff, but it's there.

Audio - There are zero sound options with this film.  No language selection, no audio choices, and no subtitles; the DVD is produced in Dolby Digital.  The sound quality of the movie is passable but nothing excellent.  Music and dialogue are properly balanced and well constructed.

Extras - With the DVD there are two extras; a trailer and an interview.  The trailer is an excellent summary of the film, and the interview, with writer/director Rashaad Ernesto Green, is great as well.  He talks about the background, location, and other aspects of the film in a sixteen minute segment. 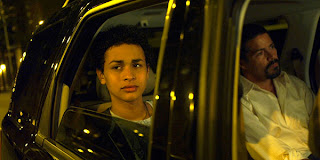 Highly Recommended.  I was taken aback by just how good this film was.  It was fresh, interesting, haunting, painful, and real.  As an audience member, it was refreshing to see such raw emotion, and to not be led around on a leash by the director; I was left to learn about, view, and experience the film naturally, without being told what I was supposed to feel in each scene.  The acting was great and the film was concise.  The video quality was high, the audio was fine, and the few extras were interesting.  Overall, an excellent film that I hope more people see.