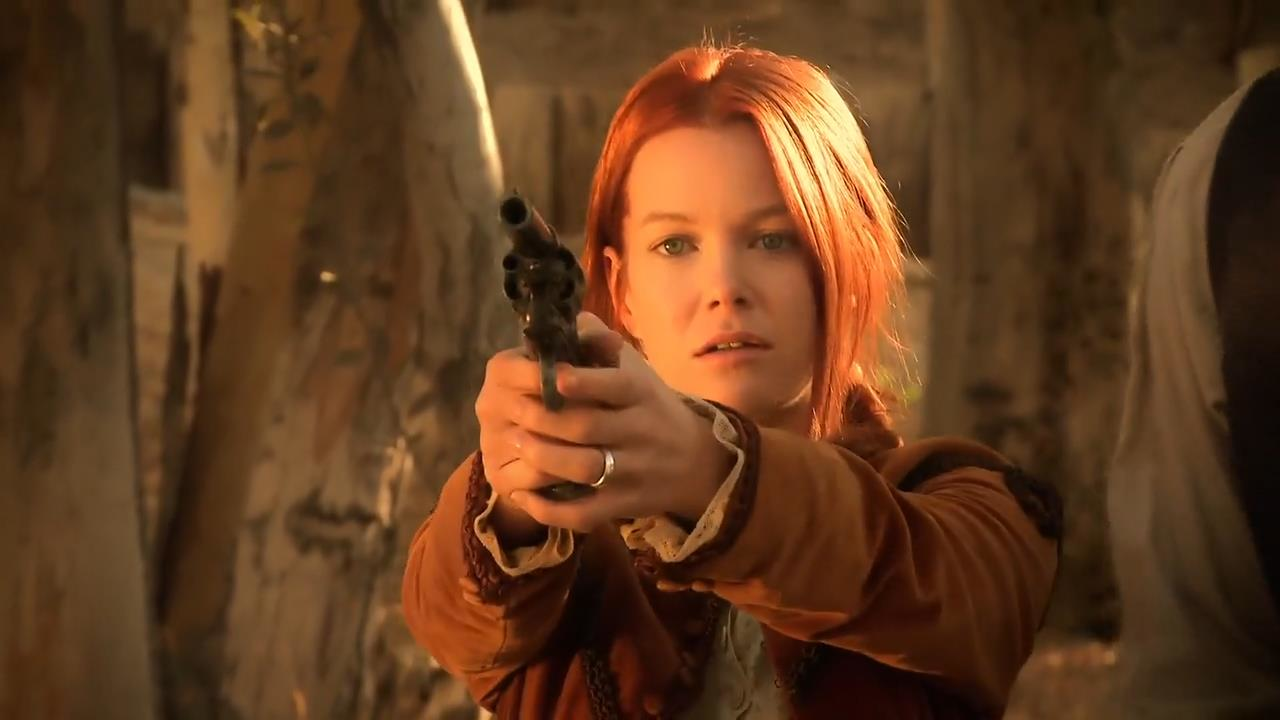 
A few years back, I visited a town called Pithole, Pennsylvania.  Now, it's not really a town, but rather the spot where a town used to be.  Pithole was the location of the first commercial oil well in the United States, a boomtown that grew up around the industry and just as quickly disappeared entirely.  It's a study of the culture of the 1860s, the blossoming oil market, and the rapidity in which a town can grow & fade based solely on one resource.  Anyway, while at Pithole, I watched a short documentary on the town, a history lesson on the land I was about to explore, where certain buildings used to be, how the city was mapped out, etc.  It was a pretty boring narrated film, thirty minutes of facts about a topic that, let's be honest, wasn't amazingly exciting.  Doc Holliday's Revenge is worse than that video;  more pointless, less interesting, much longer, an awful classroom information piece masquerading as a movie. 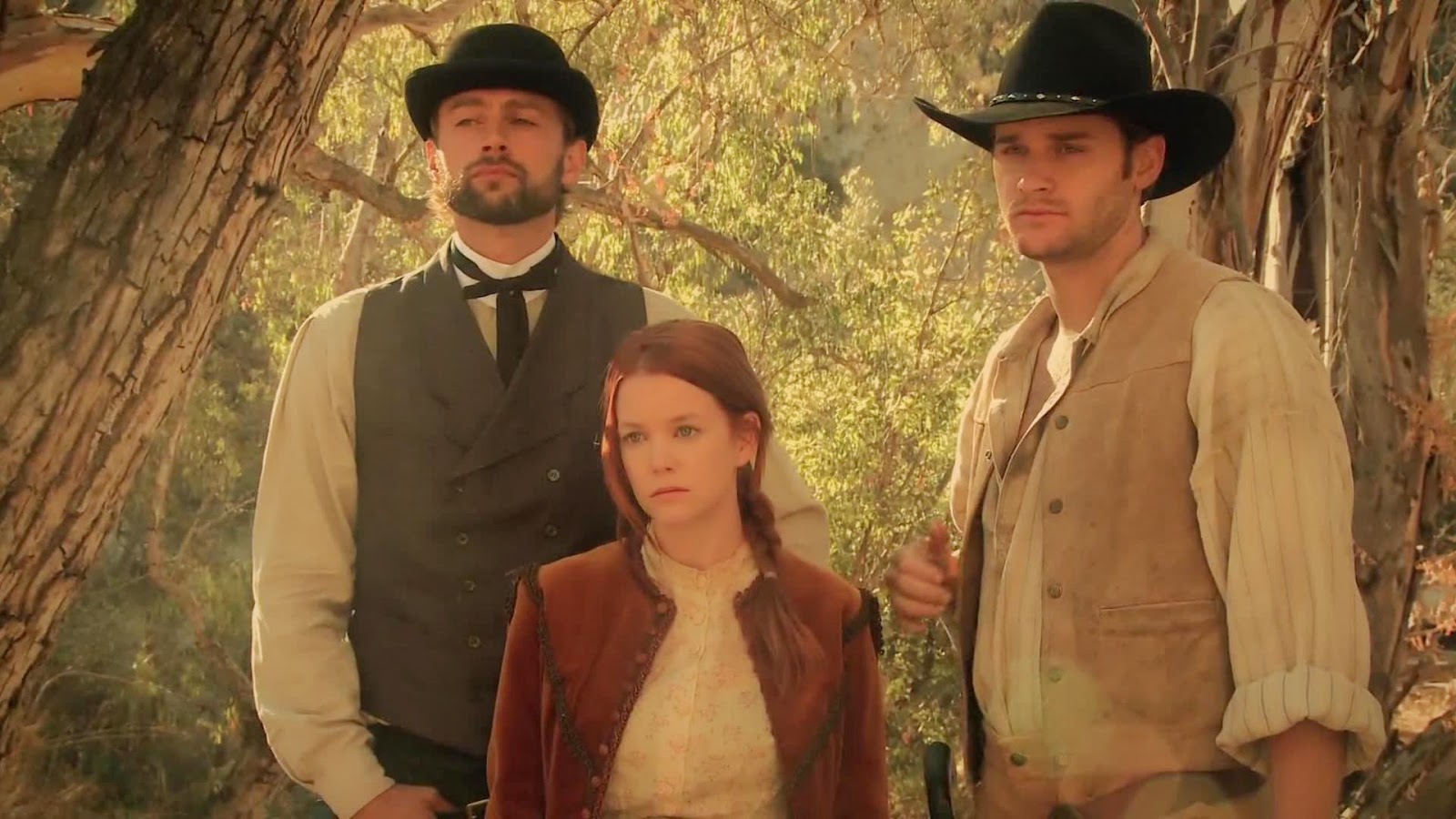 It's a family reunion in the Wild West, which is just as awkward as any you've attended but probably features more pistols.  The Stillwell clan has been broken apart for years, William having divorced his wife years ago, dividing the family up, boys with Dad & girls with Mom.  So Elizabeth has never met her father or her brothers Millard, Frank, & Jack, and they have never met her new husband Joseph Cooley.  Well, Elizabeth's mother & sister have just died, so she decides that it's time for a road trip.  The Cooleys travel from Indiana to just outside Tombstone, Arizona where William & Frank make their home, Milliard comes down from Oregon, and Jack is on his way up from Texas.  The whole family is soon to be together for one big happy reunion and get-to-know-ya, a plan that couldn't possibly go wrong.

Well it does, based mostly on very bad timing.  The future famous Gunfight at the O.K. Corral just occurred in Tombstone, the Earps & Doc Holliday battling it out with the Clantons & Claibornes.  In revenge for the killings at the Corral, Morgan Earp is assassinated and all hell breaks loose in the territory.  The Earps & Doc Holliday form a posse and begin "arresting" anyone who was even remotely involved in Morgan's killing.  The posse isn't technically lawful, but that doesn't stop them from killing at will.  Frank Stillwell is messed up in all this action somehow, leading to the whole family becoming involved, even Elizabeth, who just wants everyone to get along.  And when Doc Holliday himself comes snooping around the family ranch, there's going to be trouble, as everyone involved tries to sort out the details and make sense of a senseless time. 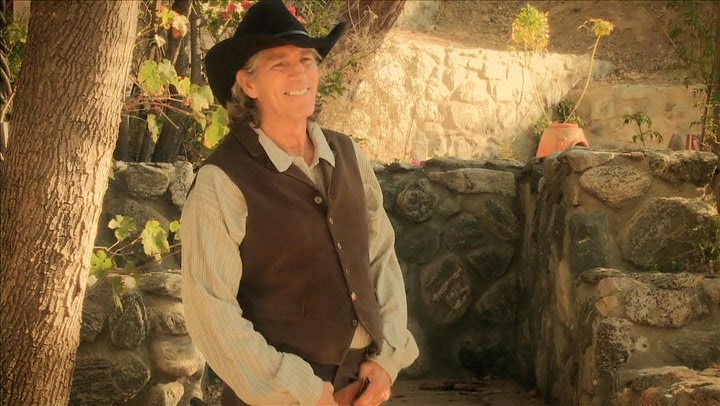 Most Westerns are films of few words.  They let the action & the scenery speak for themselves, painting a time period more than a specific idea, quietly allowing the story to tell itself.  Doc Holliday's Revenge took the opposite approach, deciding to explain every thought in detail, talk through every problem, and generally never do anything but stand around and discuss.  It was like a horribly acted documentary, a video you'd watch in middle school about the Wild West with characters portrayed by historians and re-enactors.  This movie was exponentially worse than the film I watched in Pithole City; at least that one was never mean to be dramatic.  This film was, but they forgot the drama.  Any scene with action was shot in sepia tones and used as a flashback, vague gunfights in which nothing made specific sense.  Long, drawn out conversations were the norm, in which usually one character said to the other, "Now this is a fact; on March 21st, 1889 So-and-So was shot by a man named Blah-dee-Blah.  He was arrested by Judge Smith but never convicted due to lack of evidence, which at this time is a common occurrence because of the ill-developed legal system and common revenge killings that could fall under self defense, depending on who pulled their gun first."

That's no joke, it's how the characters talked to one another.  And over it all reigned Tom Berenger, bloated, old, frightening, and pretending to be a judge/narrator.  History from the mouth of Tom, told in snippets of "old-fashioned" visuals.  Awful.  Just awful.  Each actor seemed to be doing their best to do their worst, delivering their lines in accents that could make ears shrivel and brains burst.  Eric Roberts was terrible in his cameo, seeming about as Western as a parka.  William McNamara as Doc Holliday was equally bad, giving who-shot-who monologues in tones that could bore to death.  The only mildly bright spot was Ashley Hayes as Elizabeth Cooley.  At least she was pretty, present, and attempting to be something more than an uneducated historian.  Her dialect may have been the worst of them all, but I give her a little credit for acting, if only a little.  This is a film that has no redeeming qualities, a dry & boring "drama" that is supposed to deliver some information on the post-O.K. Corral world and make us thing about justice vs revenge.  Mission failed. 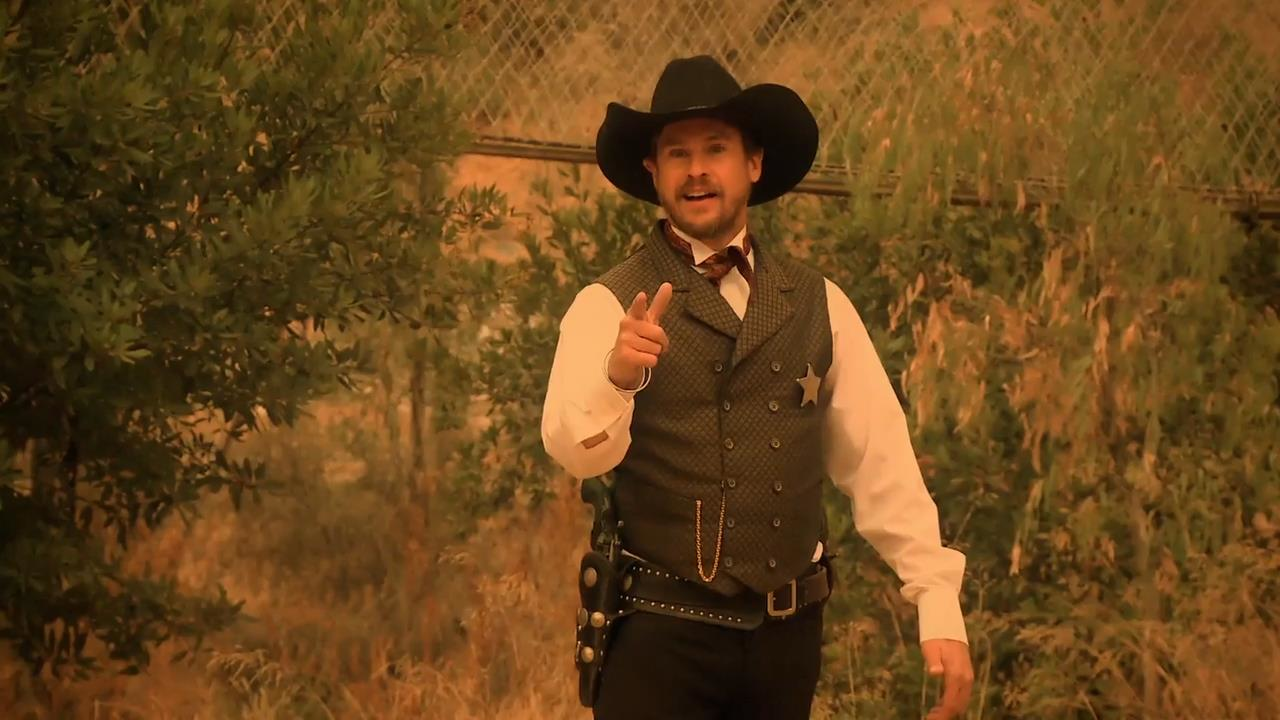 Video - With an aspect ratio of 1.78:1, the video quality might be the best thing about his film, though that's not saying much.  It was all a bit obvious; the yellow filter on the main scenes, giving everything an "aged" look, and the grainy filming of the "old" scenes.  We've seen this done by countless bad Westerns, though this film might win the award for worst.  The picture quality was fine I guess, with an acceptable clarity, but with a monotone of light & color.

Audio - Done in Dolby Digital, the audio choices are between 2.0 or 5.1.  There are no options for the hearing impaired but there are Spanish Subtitles available.  The sound quality was fine, though nothing ever really happened other than characters standing around conversing with one another; a job any old microphone could do.  The music was equally uninspiring.

Extras - There are a couple extras on the disc.  There is a stills gallery that runs for a little over one minute and shows eleven images.  Pretty pathetic.  There are also four trailer on the DVD: Billy the Kid, Cole Younger and the Black Train, Hatfields and McCoys: Bad Blood, Sheriff of Contention.

Skip It.  Doc Holliday's Revenge is one of the most terrible films I've ever seen.  It fails on every level and can't even be called a bad B-movie.  It's just awful, period, not intentionally so.  It attempts to impart a history lesson but in so doing looses all drama & believability.  The actors are embarrassingly horrible, the plot is boring, and any Western action is produced in the worst of ways.  The video is only OK, the audio the same, and the extras are more sad than interesting.  Please do yourself & the world a favor; tell everyone you know not to watch this movie.