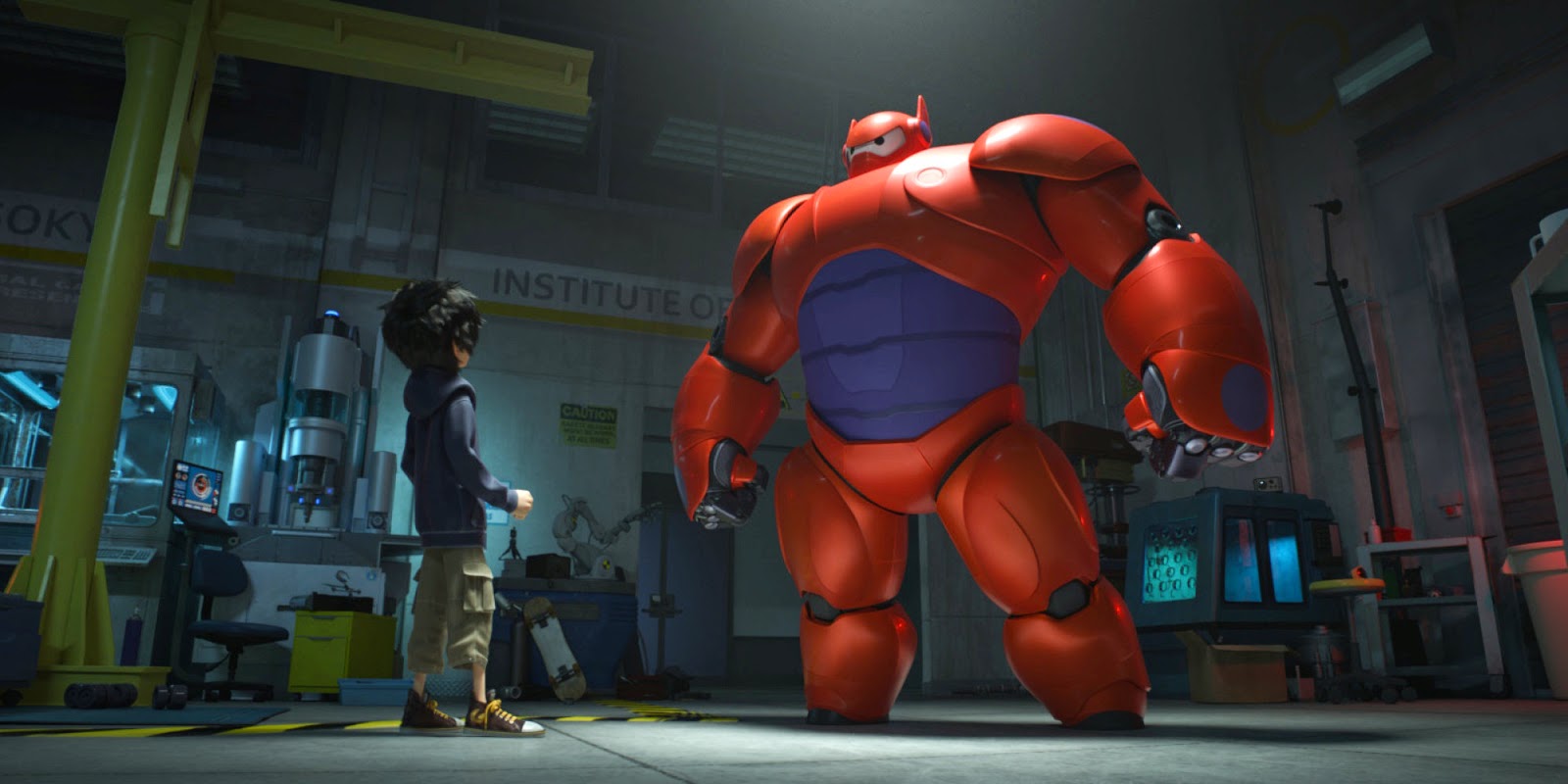 
As someone who doesn't read comic books, Big Hero 6 is a Marvel team that I wasn't familiar with at all until the production of this film.  The X-Men, sure, I watched the TV show when I was kid.  The Avengers, a little bit, everyone knows a few of those guys.  The Hulk, Spider-Man, Iron Man; these heroes have been around forever and appear in dozens of video games, movies, and lunchboxes.  But Big Hero 6 was an unknown to me.  It's a superhero team from Japan that first appeared in Marvel comics in 1998.  They work for the government to keep the populace safe, and are made up of some members that you might have heard of through the X-Men storyline: Silver Samurai & Sunfire (who aren't included in this film), and a group of others who are.  So going in, I had no comic in mind to base the plot or characters on; it was a completely fresh slate for me.  I can only judge the movie from a Disney animated action perspective, and by that standard Big Hero 6 delivered.

Hiro & his brother Tadashi live in San Fransokyo in the future, a time of robots, technology, and the booming metropolis.  The brothers are both inventors, Tadashi experimenting at a local tech college, Hiro battling bots in illegal underground betting arenas.  But when Hiro begins to understand that his brother's school is the place to go if you want to enter the tech world, he starts to build a new invention that will earn him a roster spot.  He creates micro-bots, tiny machines that you can control with your mind, links that work together to build or become anything you can imagine.  This technology will change the world and everyone wants it.  But when a fire tragically destroys the micro-bots and Hiro's whole world, he gives up on the entire idea.  That is, until a masked man surfaces who seems to be in control of the lost micro-bots and prepared to use them for unknown & dangerous reasons.  Hiro, along with the nurse-bot Baymax, who Tadashi built, attempt to track down the evil man and stop him before his plan can succeed.

There's a lot that goes into the story; it makes for a crowded summary.  That's just the beginning of the film and doesn't even touch on Hiro's parents, Baymax's large role, the relationship between the brothers, and most importantly the other heroes.  The cast of characters make the movie, turning it into a team you root for instead of just another adventure.  Hiro of course, the little genius.  Baymax the helper who, with a little upgrade, becomes an unstoppable force.  Go Go, the speedster, too fast to catch.  Honey Lemon, a chemist, with a purse that produces potions of all sorts.  Wasabi, who's into physcis, and loves to keep tidy.  And lastly, Fred, the school mascot and local bro, someone who never freaks out and loves comics more than life itself.  The team together make for an exciting film, a genesis story loosely based on the original comic series.  Again, I didn't know the plot beforehand, so I have nothing to judge it against.  I assume die hard comic fans might have a problem with the direction this film went, but looking at it as a kids' movie, it worked.

It wasn't all wonderful though.  Some of the jokes were a bit lame, some were over kids' heads, and the usual balance that Disney strikes between grownup and youth was missing from this one.  It was more a movie made for 9-year-old boys and not a broad-reaching net that could trap us all in.  That said, as long as you're able to relax and let your inner action-figure-toting self take over, there's a story here that's exciting to watch.  The action was pretty non-stop, the pace was quick, the visuals were really cool, and I could watch Baymax fly around for hours.  And I guess, although the team aspect was vital, it was actually the connection between Hiro & his robot guardian that sucked me in.  That's where the heart was, and whenever the action slowed that storyline was there to hold up the emotion before the next big fight scene started.  Big Hero 6 is a fun movie, an adventure that isn't scary, that never slows down, that is sometimes funny, sometimes dumb, but always entertaining.  It won't go down as one of the greatest animated films of the decade, but it's definitely worth a watch with your son, daughter, or super-hero obsessed friend. 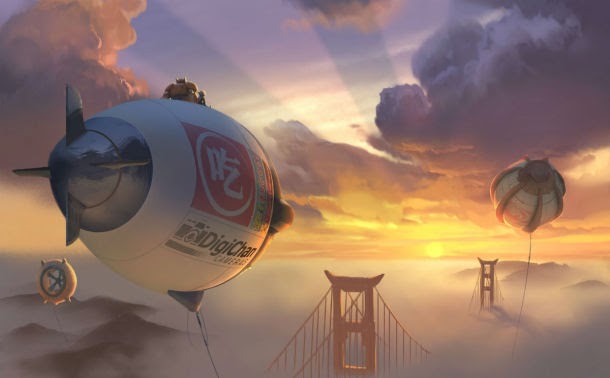