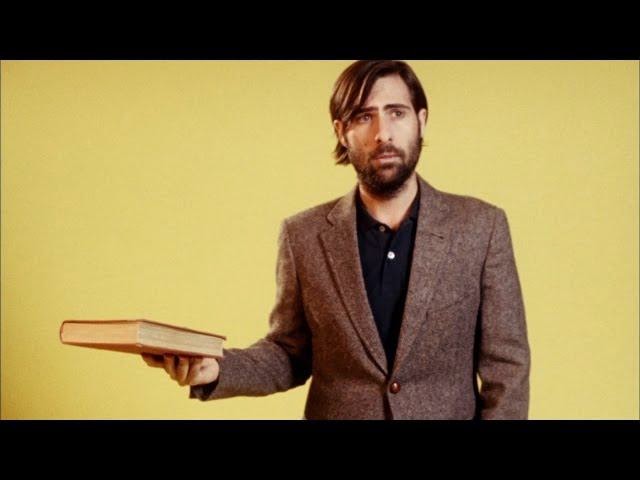 
Jason Schwartzman will forever hold a place in my heart.  It all started with Rushmore, the first film he ever did.  Of course I'm a big Wes Anderson fan, and Schwartzman would go on to be in a million more WA films: The Darjeeling Limited, Fantastic Mr. Fox, Moonrise Kingdom, The Grand Budapest Hotel.  That seems to be his niche, but he has branched out as well with roles in I Heart Huckabees, Shopgirl, Marie Antoinette, Funny People, Scott Pilgrim vs. the World, Saving Mr. Banks, and now Listen Up Philip.  Schwartzman is the master of quirk, of heartless quips that sum up what we all feel but are unwilling to say.  He's got a style that can't be copied, a Woody Allen-like swagger minus the high anxiety.  He's an underrated actor, a deliverer of unique characters, and an actor who shines once again, albeit in a mediocre film.

Philip Friedman, the character in question, is an up-and-coming author.  He has one hit book to his credit and another about to hit the shelves.  And although things seem to be taking off, Philip finds himself in a state of distracted depression that prohibits him from finding happiness in his minor success.  He lives with Ashley, his girlfriend of a few years, but this relationship doesn't satisfy him any longer, as he finds himself resenting any success she happens to attain since it seemingly detracts from his own.  So Philip needs a change, and that luckily comes along in the form of a mentor with a retreat.  Ike Zimmerman, a moderately famous author himself, takes Philip under his wing, brings him to his country home, and teaches him the ways of the unstable writer.  Not that this tutelage is going to make Philip a better person, but he just might become a semi-known and unlikeable author; he can dream.

Jason Schwartzman was, of course, solid in this role.  He always excels when given a character that can shoot lines from the hip, that can make everyone around him uncomfortable with the boldness of his opinions.  Philip is basically an asshole, but Schwartzman always plays that perfectly.  It's a dry script with humor interlaced within and quickly interjected.  Stay on your toes and you'll laugh out loud at the horribly awkward conversations and cutting remarks.  Sit back for a second and a lot of the fast subtleties will fly right by leaving no mark whatsoever.  Even feeling up to the challenge, I found the film boring in parts, especially when Schwartzman wasn't on screen.  The story was also about Ashley & Ike, who just didn't capture me in the way that Philip did, and so left me a little unimpressed.  There's a bit of narration which I didn't hate, and I guess the same could be said about the film in general.  It's good not great, with Schwartzman adding the only memorable element and lifting the project out of the sleepy indie doldrums.