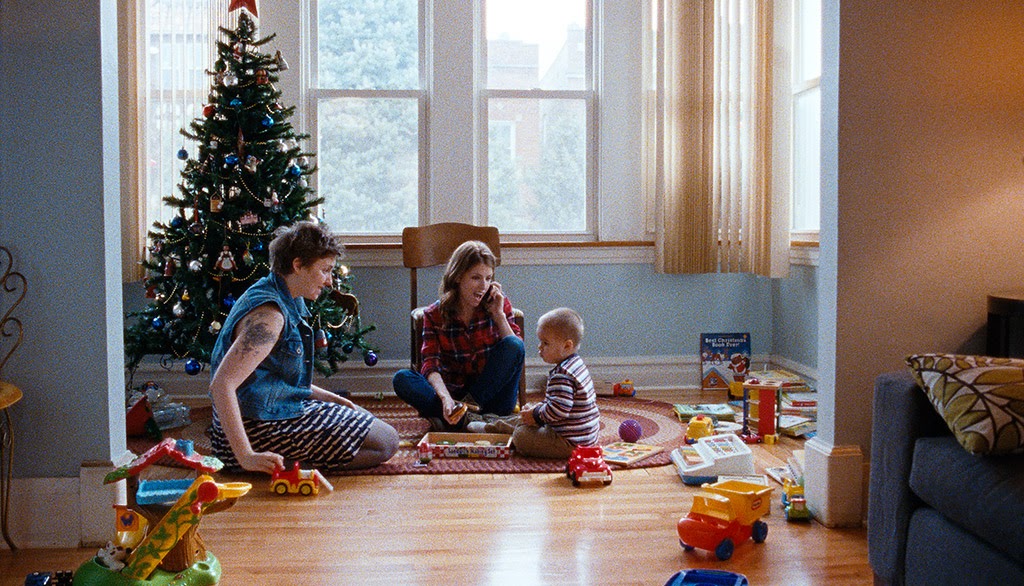 If you've seen a Joe Swanberg film, you know about his unique style.  He directs and writes movies that don't have scripts, stories that create themselves.  When his actors come onto the set for a day of shooting, they're told what needs to happen by the end of the scene.  That's it.  There isn't a set dialogue, each actor must improv their way through the situation and eventually come to the directed conclusion.  How they get there is largely up to them and their idea of their own character, with a little guidance from Joe of course.  So far the best I've seen this wacky idea work is in Drinking Buddies, a Swanberg film that also stars Anna Kendrick, though as a side character alongside Ron Livingston, acting in support of Jake Johnson and Olivia Wilde.  I've never seen any of those actors do better; if you're up for an unusual take on cinema, check it out.  And if you're looking for a slightly more feminine perspective, check out Happy Christmas, an improvised Swanberg film that gives us as true a story of BFFs as you're ever likely to see. 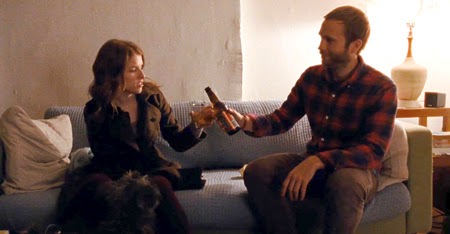 Jenny is a bit of a fuckup.  She can't control her drinking, likes to get high, and has the responsibility level of a ten-year-old.  Well, a ten-year-old that's drunk.  So when she goes through a bad breakup and wants to move in with her brother in Chicago, there are a few small problems.  One is that Jeff has married and settled down.  His wife Kelly is a writer from New Zealand who has recently become a stay-at-home mom following the birth of their son Jude.  Kelly loves her family and doesn't trust Jenny to follow the rules of the house or to create a safe environment for a near-two-year-old.  And she has reason to worry; Jenny seems hell bent on getting wasted immediately, finding a pot dealer, randomly hooking up, and generally being an ass.  Poor Jeff is in the middle, and it sure doesn't look like things are going to work out for this big happy family, not even with the holidays looming and forgiveness in the air.

But Jenny isn't all bad.  Her wild ways are just a part of her incredibly awkward personality, her need to please everyone around her even when her actions do anything but.  All she wants is to connect with her brother, the sister-in-law that she doesn't get along with, and the nephew that she doesn't know.  Her opportunity comes in the form of Kelly's birthday present to herself; some alone time in order to get some writing done.  Turns out, Jenny is just bursting with ideas, and while most of them are ridiculous, Kelly finds herself charmed by this girl trapped in a woman's body, this desperate person who couldn't make the right decision if her life depended on it.  But love is something that transcends behavior, which is something Jeff & Kelly will have to learn if they are to accept Jenny into their home & lives, to bring her into the family despite her numerous faults. 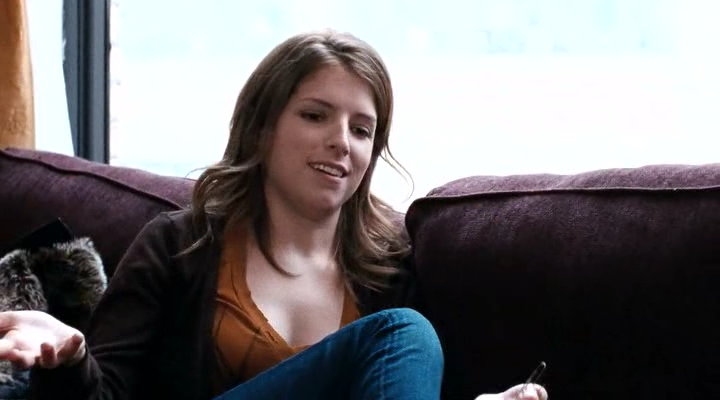 Sounds a bit cheesy from the summary, but Swanberg's style makes it anything but.  Take a normal, predictable story, give it some crappy dialogue, put it in the hands of an average director, and what you'll get is a sappy comedy that you could have made yourself.  But take that same plot, give it to Swanberg, and he'll create something that's so realistic you'll swear you lived it yourself.  It's the lack of a script, the organic nature in which the actors create the lines, that leads to scenes that never feel forced, always seem fluid, and become uncomfortably real.  Happy Christmas becomes a story of two girls who love each other despite being exact opposites, two friends who could be anyone you know, perhaps you yourself in Anna Kendrick form.  It's about as believable a movie as you're likely to watch, and for that alone, worth your time.

I give a lot of credit to Swanberg for his style, but he's got to have actors in place that are capable of creating the dialogue of the stories he thinks up.  Swanberg himself plays Jeff in this film, a part that's not insignificant, but becomes a side character fairly quickly.  Lena Dunham and Mark Webber appear as well, though also in small parts.  The leads are definitely the ladies, and they pull off feats that would be daunting to the most seasoned of actors.  Melanie Lynskey is great as Kelly; reserved, quiet, with an inner strength that shows through her carefully chosen words.  And Anne Kendrick is superb as Jenny; free-spirited, stupid, unsure, brash, loving, but confused.  Together they create a  female Odd Couple who help each other as much as they butt heads and weave a story together like they've known each other for years.  It's an example of some great improvisational acting, a stellar concept, and a film that's crafted well & originally, a movie unlike many others. 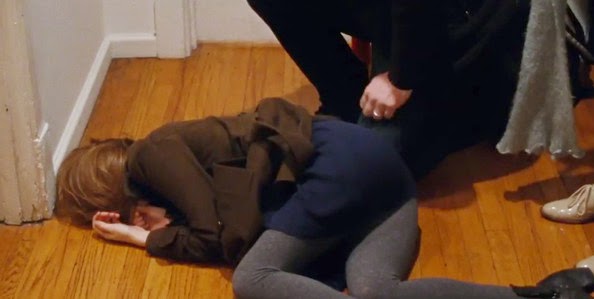 Video - With an aspect ratio of 1.85:1 (16x9 Widescreen), the video is just OK.  The film was shot using an Arriflex 416 Plus camera with Zeiss Ultra 16 lenses and isn't big-budget quality.  The picture has a graininess that's reminiscent of the 70s, or perhaps of a hand-held camera.  It doesn't look amazing, but it actually adds to the personal feel of the film, of the reality of the story that unfolds.

Audio - The disc has two audio options: English 5.1 Dolby Digital or Espanol.  There are also subtitle options: English, Francais, Espanol, or None.  The sound quality of the film is good, with a nice use of music throughout that sets the tone and comes from the action itself, not a forced soundtrack of unrelated songs. 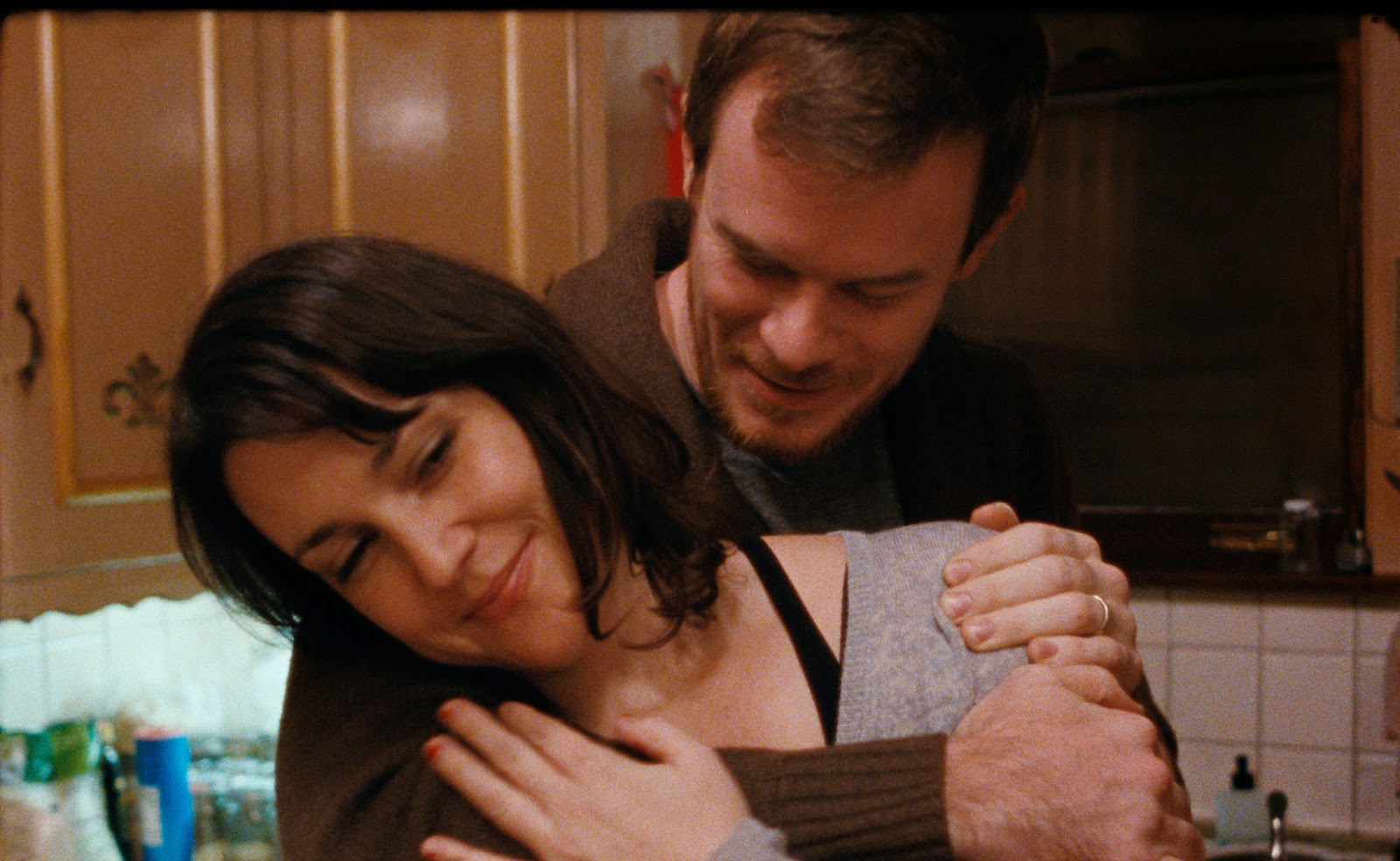 Highly Recommended.  With a unique style and incredible acting talent, Happy Christmas is a film that would have been cheesy in the hands of anyone else.  Under the direction of Swanberg, the story became ultra-realistic, a plot that could be believable to anyone anywhere.  Kendrick & Lynskey take the movie onto their shoulders and support it the entire way, creating a realistic and pleasant experience that you won't get many other places.  The video was crappy/cool, the audio nice, but there are no extras on the disc.  The worst thing about this movie is the strange picture on the DVD cover; the rest is top notch.