Sports - State of the Season 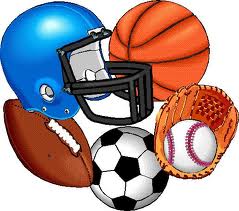 The NFL: Well, this season is over.  Congrats to the Ravens on their Super Bowl victory.  I have no hard feelings towards them for beating the Broncos, but I am still a little bitter.  Well, there is always next year.  And Free Agency starts March 12th, with the Draft scheduled to begin April 25th, so although the year is over another is already beginning.  The Broncos and the 49ers have Vegas' best odds for making it to the Super Bowl in 2014, which I think would be quite a good game.  Anyway, football is not the only sport, and there are many other interesting story lines taking place right now.  Let's take a look at a few.

The NHL: I'm attempting to get back into hockey this year.  I used to really enjoy it; the Avalanche in their hay day and the Blue Jackets when they were new and exciting.  I figured, since this season was only half as many games because of the lockout, it was a small investment.  Well, Colorado and Columbus might be two of the leagues worst teams, but hockey is still a great sport.  The West is the strong conference this year, boasting the leagues two best teams, Chicago and San Jose, but we'll see if it produces the champ.  Keep an eye on Blues rookie Vladamir Tarasenko; could become an elite player someday soon.

The MLB: With Spring Training starting at the end of February and the season starting in early April, baseball is right around the corner.  As a Cardinals fan, I'm sad to hear that Chris Carpenter's career might be over.  He has been a great player and leader, and he will be missed.  I would have doubts about StL's hopes this year, minus Carpenter and Lohse, but they always pull out a nice season.  I expect Texas to be excellent once again, with the addition of Berkman at DH and Pierzynski at catcher.  Cleveland should be much improved, with the hiring of Francona, the addition of Swisher & Reynolds, and a stacked lineup.  At the back of the pack, the Astros ought to be just plain awful.

NCAAB: What an exciting college basketball season it has been so far.  It seems that, nearing the end, the best teams have pushed themselves to the front and should produce a champion: Duke, Florida, Michigan, Indiana, or Kansas.  But you never know, and that's the beauty of March Madness.  Arizona is for real, and OSU & Louisville could be serious bracket busters late in the Tournament.  As always, the conference championships will show us a lot, come late February/early March.  Don't underestimate momentum; look for a team that gets in a groove late, wins their tourny, and enters the dance red hot.

I don't know about you, but that got me excited.
Posted by Olie Coen at 10:52 AM