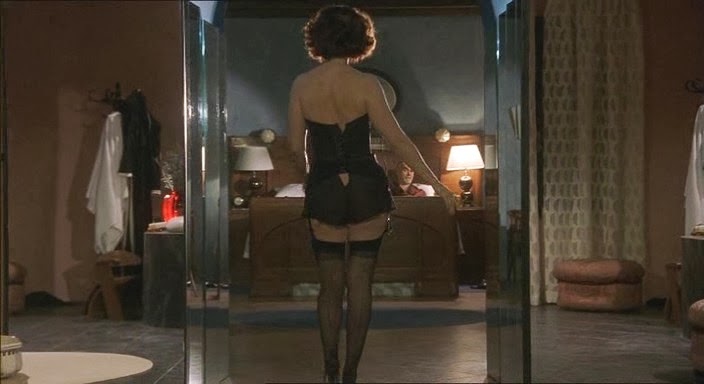 
When I selected to watch this film I didn't know who Tinto Brass was.  All I saw was a throwback style WWII movie about Nazis, Italians, sex, violence, romance, and ultimately humanity during an inhumane war.  I love character movies set during this era, depictions of how individuals dealt with the horrors of war but also with every day problems, relationships, their careers, all during an extremely volatile and pivotal time.  So I was intrigued & curious, ready for a dramatic World War love story.  Well, like I said, I didn't know who Tinto Brass was, didn't know that he is the master of Italian erotica, that he uses sexuality to tell his stories, that he is a little obsessed with the female posterior, and that he could make Fascism seem so naughty. 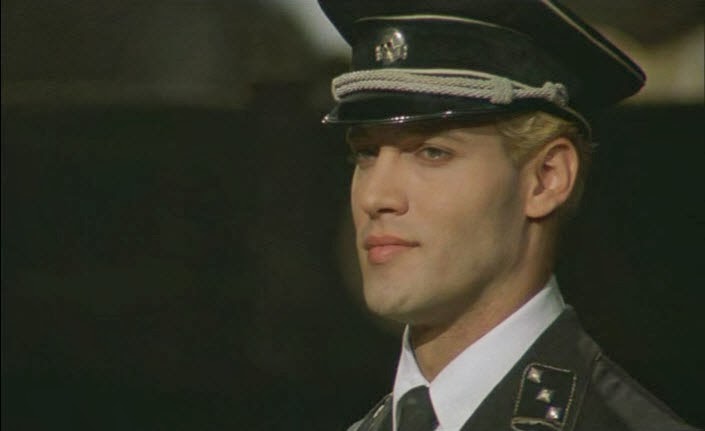 The main character of the film is Livia, a rich Italian woman living in Venice during WWII at the time of the Axis powers.  Her husband is a powerful figure, steering the political course of the country and facilitating relationships with its Nazi allies.  Knowing that the end of the war is near, he attempts to play both sides, the regime and the rebels, setting himself & his money up to come out on top no matter who wins the battle.  During this time, Livia must learn to get along; to placate her rapidly unappealing husband, to weather the storm of the war, and to put up with the Germans, including a young, dashing, unorthodox, and frighteningly alluring S.S. officer named Helmut Schultz.

Helmut immediately, and without warning, begins to pursue Livia.  And of course she can't resist this handsome & fascinating man.  They begin an affair that is not only against the rules but also against all the reservations that Livia has always lived with.  Her sexuality is awakened, she finds herself doing & enjoying things she never before thought she would try, and her control over her own actions weakens to the point that she becomes clay in Helmut's strong hands.  He introduces her to a world of pleasure, a world of passion, freedom, drugs, gambling, and eventually trouble.  But Livia is always there to help, to pay for anything Helmut desires, to get him out of debt, to help him escape his duty.  And as the war draws to a close, so may their love affair, forcing Livia to choose between a live of wealth & security or one that thrills her beyond her imagination. 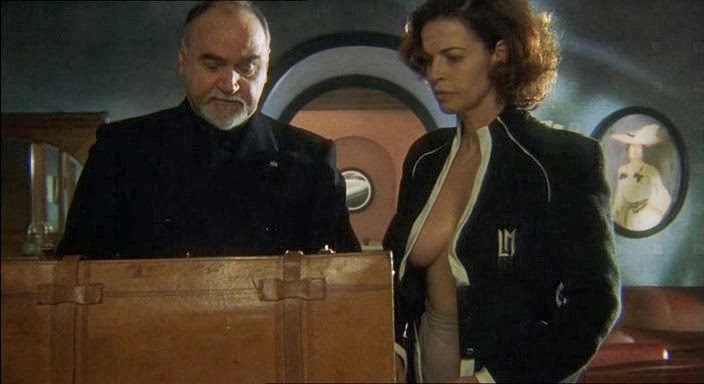 I was surprised by this film, to say the least.  I wasn't prepared for the blatant sexuality or the themes of eroticism woven throughout.  And it was pretty unfiltered; male & female nudity, sexual positions, orgasms, fetishes, orgies.  I wouldn't call it pornography, and I'm not trying to warn you away from seeing some naked people, but be forewarned that it's fairly explicit.  That being said, the sexuality of the film was often meant to be shocking, to be surprising, to feel new & thrilling.  We were meant to understand how Livia was feeling, how she became overwhelmed by this new life and this new means of pleasure, how excited she was to experience an eroticism that had always been missing from her life.  So be prepared, but don't let it scare you away from this film.

Because there were some strong aspects to the movie, some themes that went beyond erotica and delivered a good story to back up the shocking display of bodies.  At its core the film was about love, about the drama of an affair and the thrill of unabashed romance.  Pairing the older woman with the young man was very clever, putting audiences in an awkward situation and not letting us know exactly who was getting what from this relationship.  Was Helmut entirely smitten?  Was Livia getting something else from this affair?  Were these individuals using each other, and do we all use each other in this way when we're in love?  Some really interesting questions and possibilities set against a backdrop of sex.

And then there's the WWII element.  The war played a major part in the plot, driving the intensity of the actions & feelings of the characters.  Helmut in a sense wanting love, not war, Livia's husband's intimate involvement in the fate of Italy.  The story hinged on the war but wasn't bound by the history of it, and in that way it was well done.  The film had an old school feel, both in the way the actors did their work and in the actual visuals of the film.  It didn't seem like it was made in 2002, and was actually a remake of a 1954 film.  It had a classic feel made edgy by the sexuality of the plot but still grounded in the old melodramatic style.  The actors themselves all did a fine if not remarkable job.  They were solid and told the story well, but didn't impress with their talents.  The film was a combination of many things in which the acting played only a small role.  It was dominated by the erotic quality, the epic setting, and the drama of the situation more than anything else. 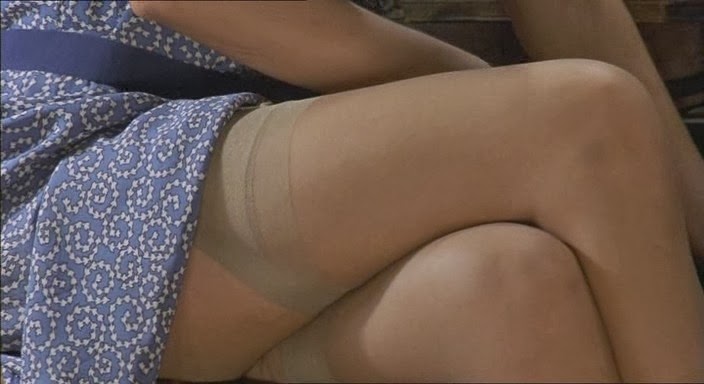 Video - With an aspect ratio of 1.78:1, the video quality is surprisingly bad.  The film has the feel of an old movie but was made in 2002.  The picture quality is poor, but that actually adds to the sense that the film is old rather than modern.  But regardless of the reason, the visuals are not strong.

Audio - There are two audio options of the disc: Italian  Language Dolby Digital 5.0 Stereo or Italian Language Dolby Digital 2.0 Stereo.  There is also an option to turn English subtitles on or off.  The sound quality of the film is about as good as the video and has the feel of a classic film.  It doesn't impress but it does suit the movie.

Extras - There are many extras on the DVD.  The Making of Black Angel is a 25 minute long segment detailing Tinto Brass' development of the film.  Black Angel Promo is an 8 minute long trailer for the film.  Theatrical Trailer is just that, 1-and-a-half minutes.  Photo Video Gallery is a selection of stills, 2-and-a-half minutes.  And Original Motion Picture Soundtrack is 43 minutes of music from the movie. 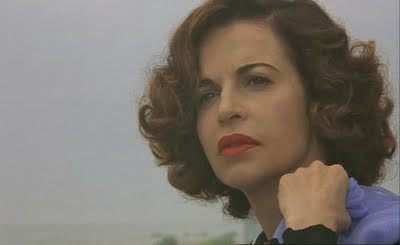 Rent It.  From what I've heard, Tinto Brass' other films are far more crude than this one.  Because, although it was highly sexual, the story & emotion were created to make us relate to the drama of the situation, not just to titillate.  The movie was interesting, to say the least.  It was a good melodrama with a solid splash of erotica.  The video was poor but fitting, the audio was the same, and the disc holds many extras.  Not a film for everyone and not one that I would recommend quickly, but a unique vision of a classic tale that both shocks and entertains.