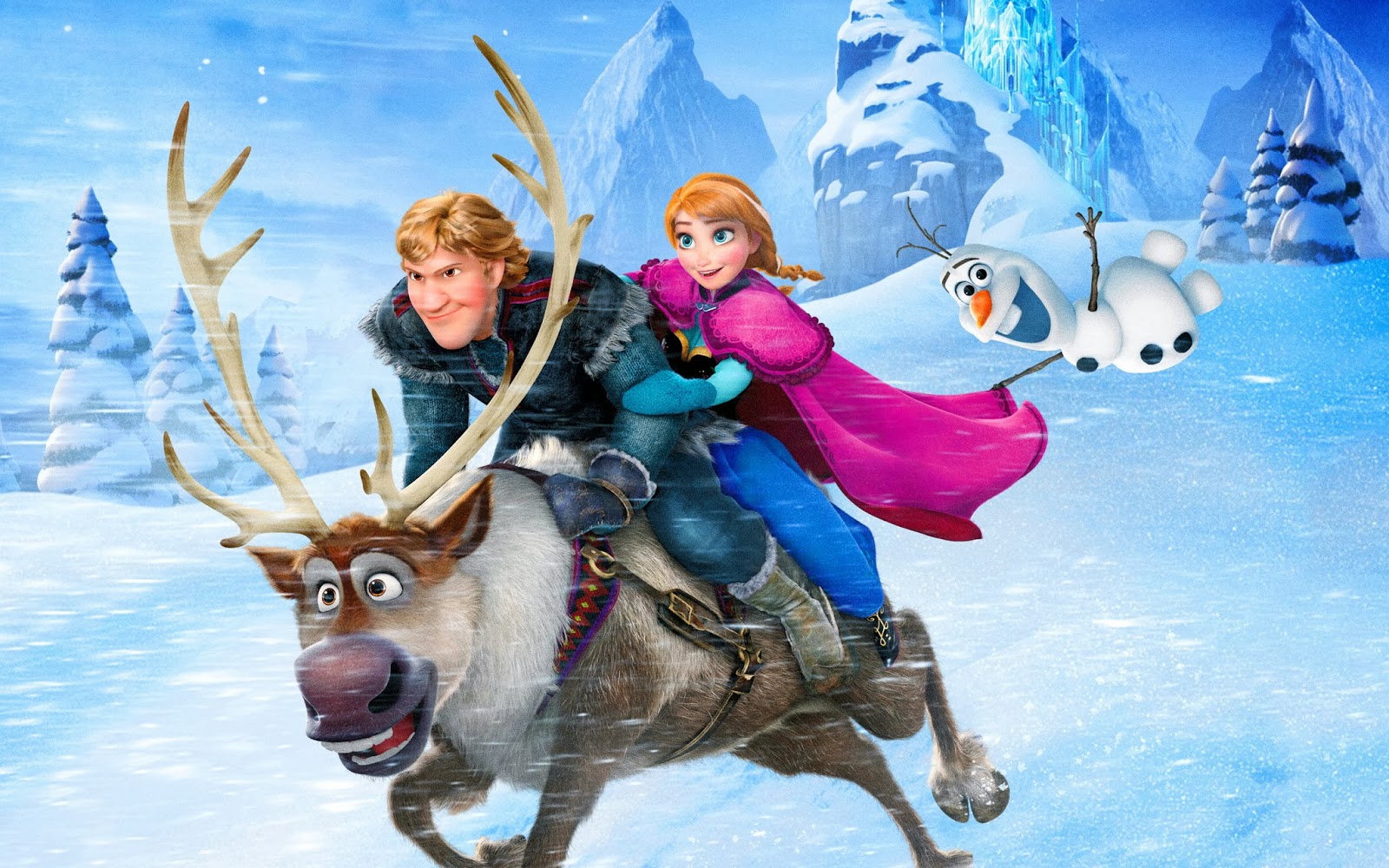 
I'm old school Disney.  And by 'old school' I mean I like the movies I watched as a kid, not specifically the really old ones which would actually be 'old school', but you understand.  Don't get me wrong, I love the classics (Mary Poppins, Bedknobs and Broomsticks), but I'm always going to relate more to 90s Disney, the films that I grew up with.  The Little Mermaid (which was technically 1989), Aladdin, The Lion King, Beauty and the Beast; these films will always mean a little extra to me, even if they're not perfect.  And so I have a hard time believing that 'new school' Disney can equal the great stories of twenty years ago.  I doubted Tangled; it was really good.  I thought The Princess and the Frog would be bad; I was wrong.  And I had reservations about the quality of Frozen, but this time I was right, as it didn't meet the high Disney standards and left me missing the great films of the past.

It's a muddled story right from the start.  Princesses Elsa & Anna are sisters & best friends, playing together in the castle and laughing the nights away.  But Elsa has a secret, a magical power to control ice & cold, and when one day she injures Anna with it everything changes.  Their parents keep them separate, hiding Elsa from everyone, closing the castle gates.  And so the sisters grow apart, Anna confused by her sister's solitude, Elsa afraid of losing control of her gift and accidentally hurting someone she loves.  So when Elsa's power is revealed she runs, attempting to leave the world behind and protect the kingdom.  But her magic is uncontrollable, causing a permanent winter in the land.  Anna vows to find her sister, bring her back, and return summer to the land.  And with the help of Kristoff the ice salesman, his reindeer Sven, and an enchanted snowman Olaf, she reaches Elsa's new ice castle in the mountains.  But Elsa won't return and back at home things are going from bad to worse, with time running short.  Will love conquer all or will Elsa's frozen heart doom the world? 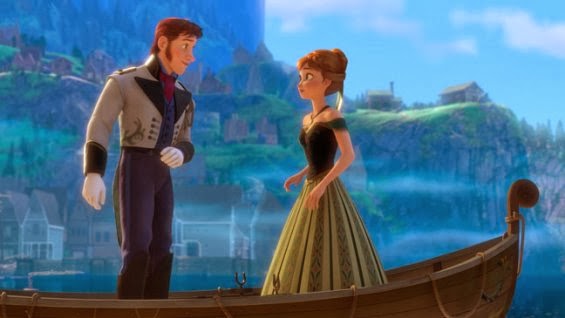 The summary would have to be much longer to give you all the plot points that are thrown your way when watching this film.  It's just too much.  On top of the sister-saving-sister storyline there is a love story involving Prince Hans, some trolls that look like rocks, a snow monster, a greedy lord of a neighboring land, another love story with Kristoff, his reindeer's friendship with Olaf, Olaf's odd "comedic" opera song.  And then don't forget the themes; true love vs infatuation, the bond between sisters, shutting out emotion/freezing your heart/holding pain inside, sacrifice for those you love.  It's all a bit much.  I understand that Disney likes to put adult themes into their kids' movies; that's part of what makes them great.  But they went over-the-top with Frozen, trying to cover too much ground and introducing way too many characters.  And so I never felt strongly toward any particular person, never bought into the story, and never felt great about what I was watching.

And before I move on to positives, there was one more major negative; the music.  I guess I understand why a lot of people like it, it's very pop and catchy.  Some of the songs were stuck in my head, I'll give them that, but it wasn't necessarily a great thing.  The music was like something straight out of Glee, like belted renditions of over-dramatic songs that I wouldn't listen to normally.  It was as if Disney took Tangled, made it snow, and then had Kristin Chenoweth do the soundtrack.  Even the animation seemed a direct copy of Tangled, from the facial expression to the landscapes, with nothing feeling original.  Now, even though I thought the plot was convoluted and the music was a little too Lea Michele, I still had a good time.  It was, at the very least, visually appealing, with extremely excellent artistry and beautiful colors.  My eyes had a good time I guess, that's something, and I'm not trying to say that the film was awful.  It just wasn't the Disney I love, it wasn't strong musically, and I'm not running out to buy the DVD.  It was a good animated movie that kids will enjoy, but one that I can't see becoming more than a temporary fad. 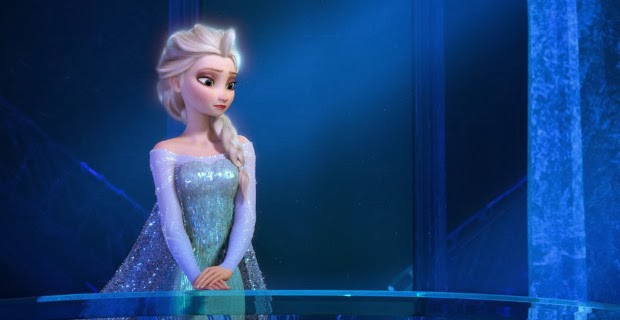