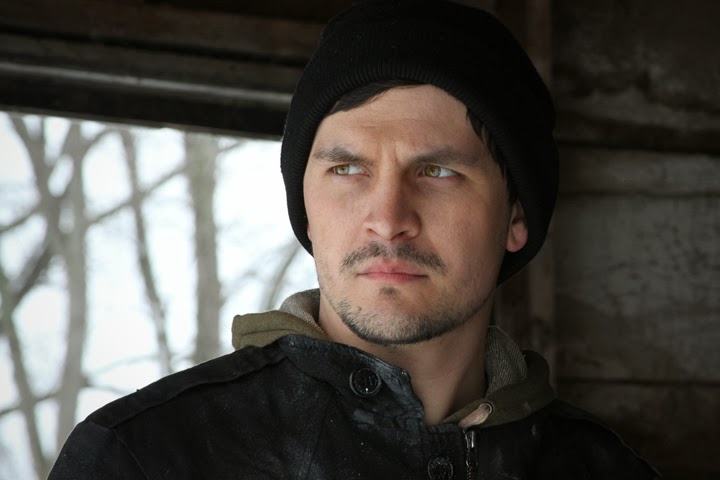 
You toss the dice when you watch low budget horror.  There are a couple things you know you're not going to get: great special effects, amazing cinematography, the best actors.  But you're hoping to get lucky and stumble across a film in which someone knows what they're doing.  A director who has a good eye despite his empty wallet, an actor who is made for better things but just hasn't caught their break quite yet, a writer who came up with something wonderfully original; any of these would be a pleasant surprise.  But unfortunately the majority of indie thrillers aren't much more than a bunch of amateurs walking around with a handheld camera.  Dead Weight might not be quite that bad, but it's definitely not a diamond in the rough. 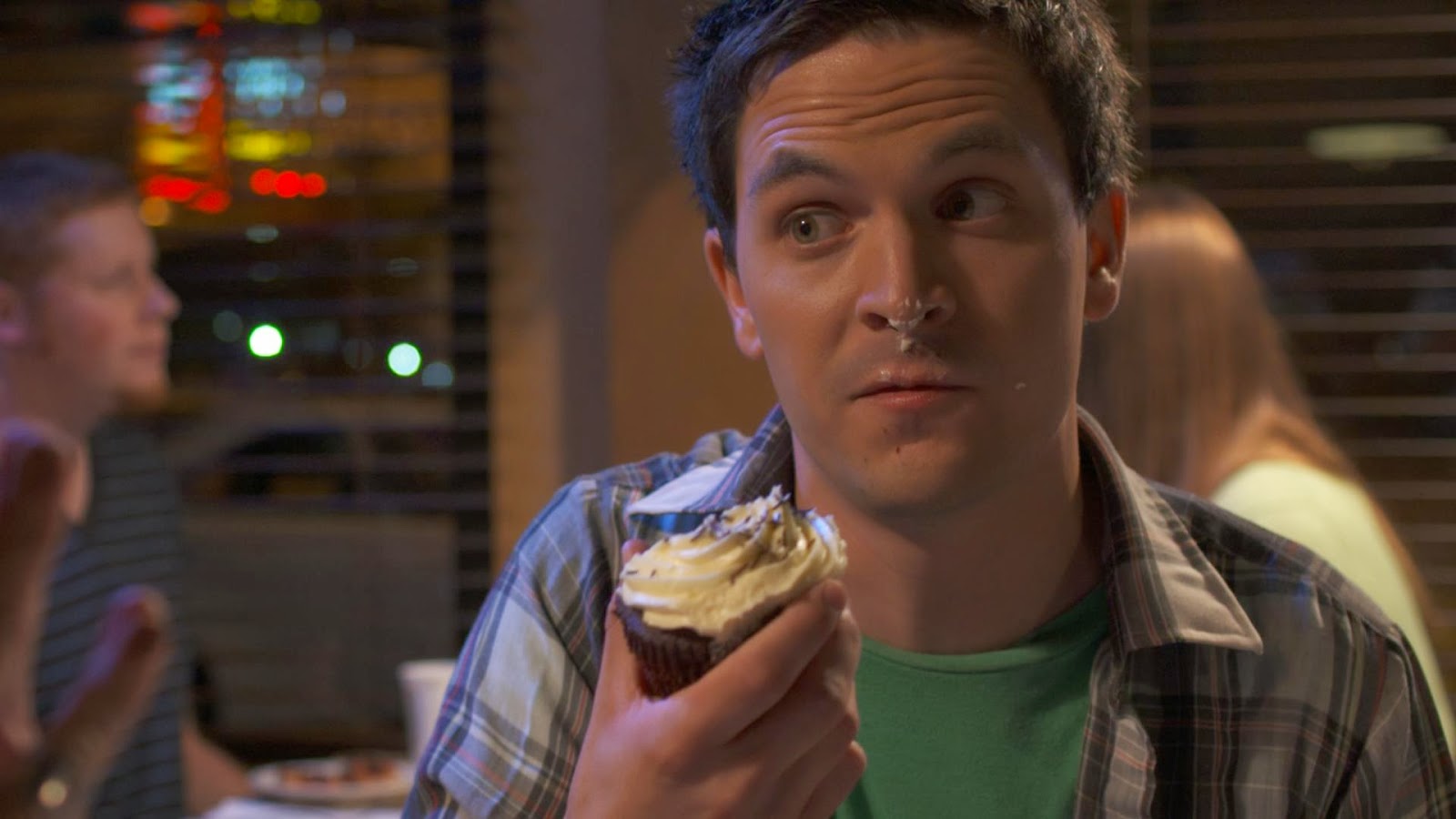 Charlie has a good life.  He enjoys his job, his hometown, his comics, his cereal, and has recently met the girl of his dreams.  Samantha drinks, swears, enjoys movie quotes, looks great, and is basically the best girlfriend.  But a problem arises that threatens their relationship.  Sam wants to move away to take an internship.  She thinks it's a great opportunity, Charlie thinks it's too far away.  But she goes, he stays, and they try to make it work.  And if that were the end of their troubles things might have turned out alright, but it's only the beginning.  An unknown disaster strikes the country while they are separated and society as they know it breaks down.  Charlie vows to find her, no matter what, and begins a journey to reach a meeting place no matter what, or who, gets in his way.

But it's not going to to be easy to find one girl in a landscape of biologically warfare.  Charlie joins with a group of survivors and they attempt to make sense of it all while trying just to survive.  Is it the government, is it zombies, are there any safe zones, and where have all the people gone?  Over the next few months Charlie sticks to the course, making a bee line towards where he hopes Samantha will be.  But he needs the group, needs protection & food, and can't leave anyone behind if he hopes to make it all the way.  Matters are complicated by roving scavengers, undead attackers, the cold of winter, and Charlie's inability to veer from the goal he's set for himself, a goal that he will reach regardless of who he has to hurt along the way. 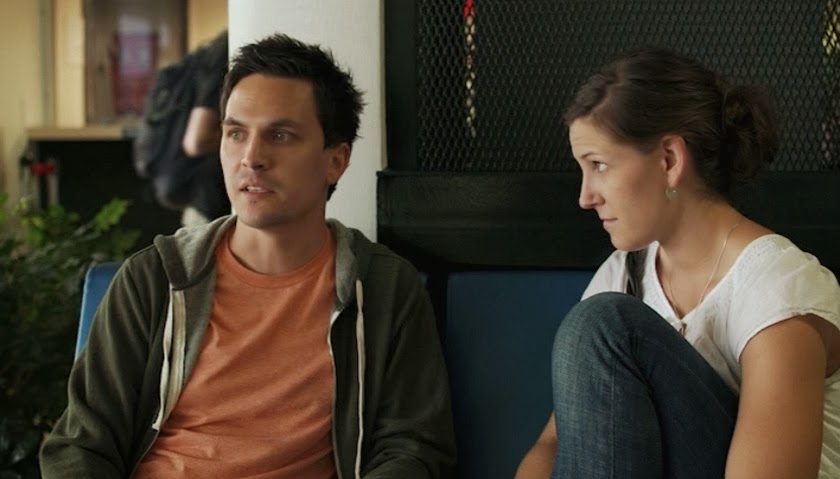 The very first scene of the film gave me some hope for the rest of the movie.  It was interesting, methodical, and I could tell that there was going to be one character who was at least well thought out.  And the story that followed was a strong one; some sort of apocalypse, sketchy details, a love that defies the odds, a trek through a barren wasteland.  The directors of the film also wrote it and you can tell they put a lot of effort into creating a plot that wouldn't be throwaway, a relationship that would be the foundation for a mad adventure.  Sure, a lot of the details were borrowed from other projects, but there are only so many ways you can do a zombie movie; eventually you're going to end up with a few copies.

And so the set up was fine and the film looked to be headed in the right direction.  That is, until Samantha started speaking.  Mary Lindberg was incredibly awful as the leading love interest of the movie.  She had no talent, no charisma, and probably should have just kept to her other job on set which was makeup artist.  Did someone bow out at the last minute and so they asked some lady in the makeup trailer to step in and, oh by the way, convince us that you're worth Charlie's love and his suicidal trek across a wasteland?  Because the chemistry didn't work, it failed miserably, and in so doing brought down the entire production.  There were flashbacks of the pair's love affair during Charlie's adventure and not one time did I believe that they were into each other.

So with the entire driving emotion behind the plot evaporated, we were in need of something else to fill its place.  Some action, some effects, a zombie, anything.  But then we remember that this is a low budget walk through the woods and there's nothing cool waiting for us if we keep watching all the way to the end.  The zombies never really materialize, the small amount of gore is just silly, and nothing great ever really happens.  We don't learn about the disaster, we don't get any omniscient looks, and by the end we've got to settle with the fact that we basically watched nothing happen.  Someone should turn this movie into a graphic novel, because that might be the only way of depicting the events and nuances that they were trying to shove across.  I'd read it, but I definitely wouldn't watch this again. 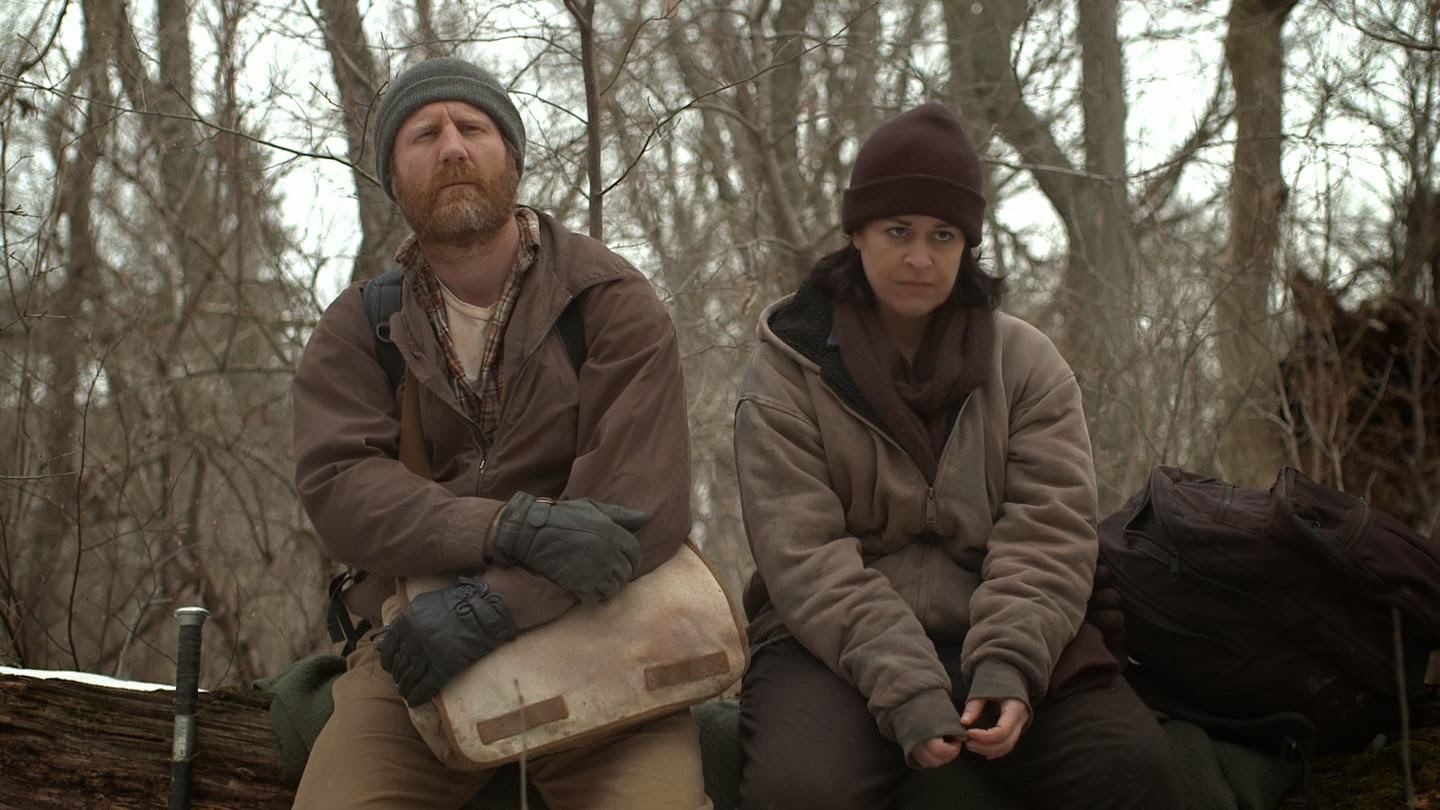 Video - With an aspect ratio of 1.78:1, the video quality was OK but not much more than you'd expect from an indie film.  The movie was shot using a Sony PMW-F3 camera and wasn't the worst visual you'll see from a low budget film, but was also not something worthy of praise.

Audio - The disc was done in Dolby Digital, with an option between 5.1 & 2.0.  There are no language options.  The audio quality of the film was fine, but again not anything to write home about.  The balance of the sound was OK, with no glaring errors, but neither audio or visual delivered much to get excited about.

Extras - There are a few extras on the DVD.  You can turn on either Directors' Commentary with Adam Bartlett and John Pata or Actors' Commentary with Joe Belknap and Mary Lindberg as a companion to the film.  There are a few extended scenes totaling 13 minutes of bonus footage.  There is almost an hour of Featurettes and Outtakes, a nice look behind the scenes.  And there is also a Theatrical Trailer for the film. 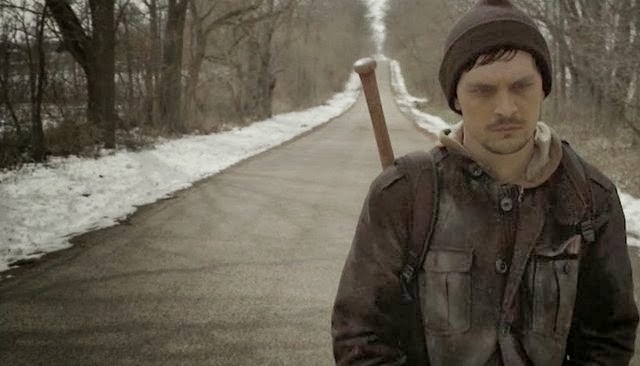 Skip It.  Perhaps if a major studio had gotten their hands on this script they could have produced a solid film.  The story was there and Joe Belknap was actually pretty good as Charlie, so maybe with some money to throw around a good actress could have been found and some action could have been added to get our blood going.  But most likely Hollywood would have screwed it up too and it would have ended up just as blah of a film, just a much more expensive one.  The video quality of the movie was fine, as was the audio, and there were some nice extras on the disc.  But all in all, Dead Weight was group of people trying to make a cool film and failing.  Some of the pieces were there, but the lead actress was awful, the "horror" was boring, and I was glad when it ended.