DVD Review - How I Live Now 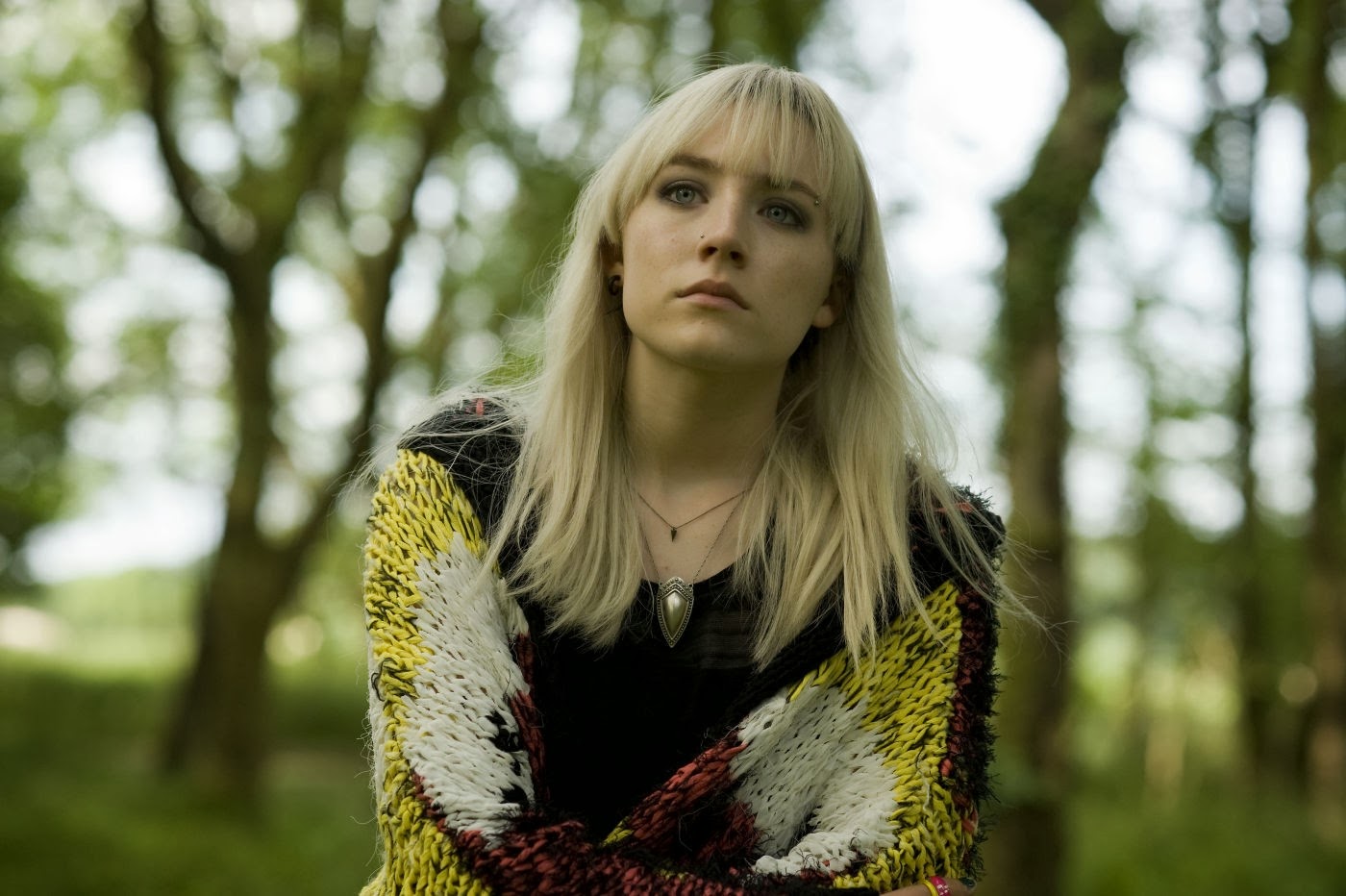 
Saoirse Ronan leaped onto the scene by playing strong young female characters pulled from the pages of popular books.  Briony in Atonement, Lina in City of Ember, Susie in The Lovely Bones, and now Daisy in How I Live Now.  She caught all our attention with her portrayal of Briony, the intense girl who is trying to understand an adult world that she's not yet a part of.  And her talent is unquestionable; she's a strong professional who can deliver when given a good script crafted from a good novel.  But that's the problem with this film.  The story is cheap, the characters shallow, the real emotion lacking, and Ronan sticks to the script way too well, becoming Daisy One Note and failing to use her talent to knock the film a notch higher than where the book set it up to be. 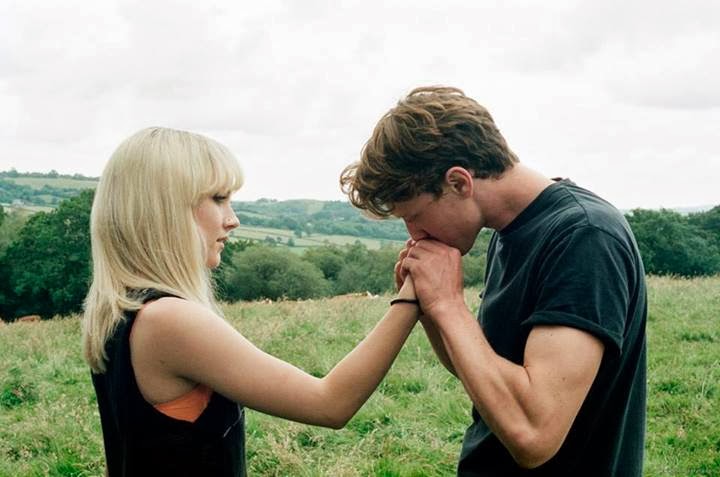 Daisy is an American in England.  Her mother is dead, her father is distant, and her life has just been turned upside down.  The world is on the brink of WW3, with governments meeting furiously to attempt to avoid a conflict that will start a disaster.  And with all the danger focused on major cities, Daisy has been send into the British countryside where she'll be safe.  Her aunt & cousins live there, leading a life that is far from any she's ever known.  Little Piper just wants attention from her cool older cuz.  Isaac wants to be the man of the house while still being a boy.  And Edmund, the eldest, may want Daisy.  The two begin to fall for each other against a backdrop of war, but their new love affair might not last long.

The unthinkable happens when London is bombed, the world becoming a place of chaos overnight.  No power, no news, no contact with the outside world, but it actually doesn't affect the family that much.  They are happy in the relative safety of the countryside, Daisy & Eddie happy within their love.  But when local troops are mobilized, when the families of the area are rounded up and sent to "safe zones", the idyllic peace of the woods disappears.  The boys are sent to one camp, the girls to another, but Daisy doesn't forget her promise to Edmund that they will do whatever it takes to reach each other.  Through a war zone, without much hope, against all odds, but with a determination that cannot be dissuaded and will not be turned aside. 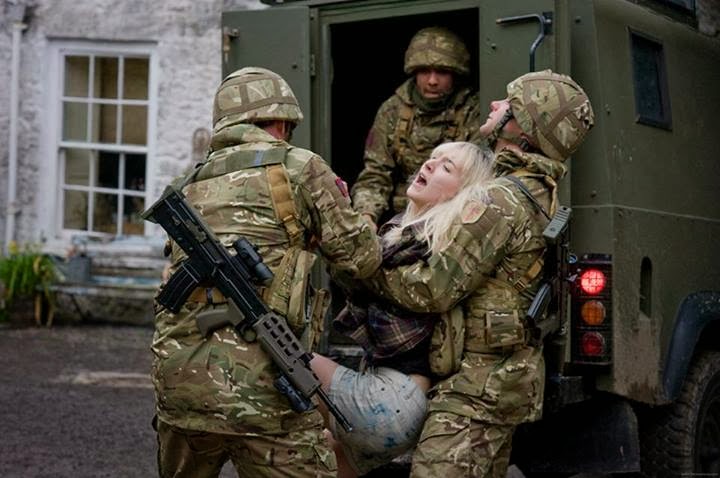 To be fair, I haven't read the book.  But then again I'm not a tween girl who romanticizes about love in the English countryside and the war that tears that love apart.  So I don't know how well the film sticks to or does justice to the novel, but I can't imagine the book gave them much to work with.  And it's a good idea; possible World War, forbidden love, a journey to find each other again.  But it just doesn't work in film form.  It was more a cheap Narnia knockoff than anything else, down to the character named Edmund.  I half expected the kids to go snooping around some wardrobes and save the day with the help of a giant lion.  Old house, bombings, four young people; it was just too C.S. Lewis without the cool fantasy element.

And it dragged, that was the worst part.  The war played a minimal role; it was more a background than a plot, so we never got any real action or terror.  The "love scenes" were over-dramatic and yawn inducing.  The characters were silly and never made me feel anything.  So the movie dragged, the pace was slow, I never bought in, and I couldn't really make myself care when the kids were split up and taken away.  I'm not sure I wanted Daisy & Eddie to find one another in the end; they were kinda pathetic when they were together anyway.  Throw in some symbolism about a hawk, a dog, sucking blood from someone's wound, washing your hands too much; they were just attempts at emotion badly done.

The acting didn't help much.  Every single actor in the movie was bad, with no one standing out as believable as a human.  Edmund was just plain weird, coming off creepy rather that alluring.  The younger kids were whatever, and there weren't very many side characters.  But it was Ronan who wins first prize for sucking.  I've never seen her worse, and she was pretty bad in The Way Back.  It was like she was trying to be someone she wasn't.  That might be an odd thing to say about an actress, but you could tell she was forcing it; forcing the emotion, the passion, the I'm-closed-off-but-I'm-gonna-fall-in-love-anyway loner girl.  It was all too much work and not enough smooth film making.  'Belaboured' is the word that comes to mind; nothing came easy. 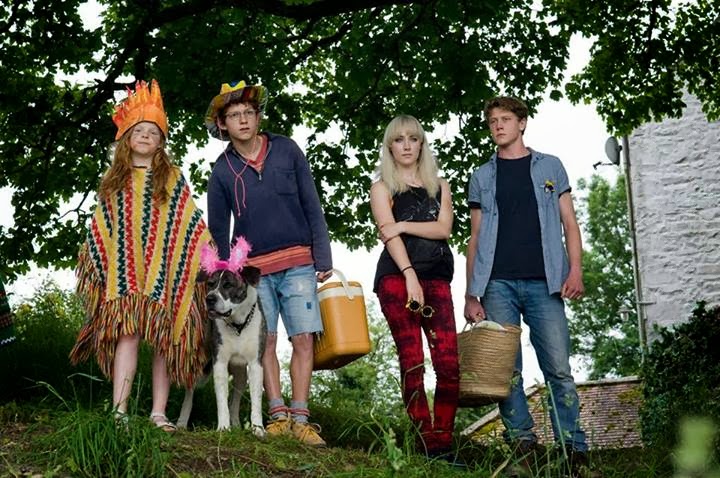 Video - With an aspect ratio of 1.85:1, the video quality was really nice.  The film was shot using Arri Alexa and Arriflex cameras and delivered a very high quality visual.  The color was beautiful; the yellows of summer, the gritty muted tones of the war.  The picture quality made the movie enjoyable to view, at the very least.

Audio - The audio of the disc was done in 5.1 Dolby Digital.  There is an option to turn on either English SDH subtitles or Spanish.  The sound quality was very high, great clarity and depth, with a good balance as well.

Extras - There are a lot of extras on the DVD.  Deleted Scenes; three scenes that last five minutes total.  Making of How I Live Now; an in-depth look at the creation of the film with some narration by the director and actors, six minutes in length.  Interviews; with your choice between Kevin Macdonald (Director), Charles Steel & Alasdair Flind (Producers), Saoirse Ronan ("Daisy"), George MacKay ("Eddie"), Tom Holland ("Isaac"), Harley Bird ("Piper"), Danny McEvoy ("Joe"), Meg Rosoff (Author), or Play All.  Behind the Scenes Comparisons; a look behind the Airport Scene, Riverbank Scene, Bonfire Scene, Separated Scene, or Play All.  AXS TV: A Look at How I Live Now; basically a three-minute-long special trailer.  Trailer; the official trailer for the film.  And Also From Magnolia Home Entertainment; trailers for The Last Days on Mars, Mr. Nobody, Best Man Down, Bad Milo!, and AXS TV. 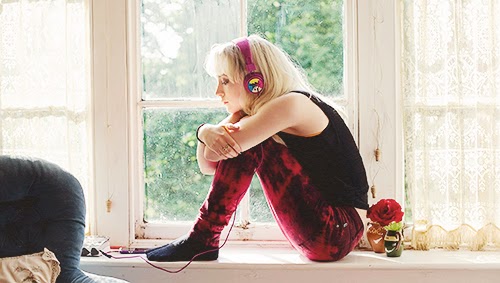 Skip It.  It's just not a good movie.  There aren't a lot of poetic things you can say about the poor quality of the film, the people who make it just didn't do a good job.  The plot was difficult to accept, the emotion of the scenes never came off as real, and the acting was poor bordering on awful.  They took a good premise and failed to make a strong film, simple as that.  On a positive note, both the video & audio qualities were excellent, as were the extras on the disc.  How I Live Now should probably be read, not watched, but I think even that would be a risk.