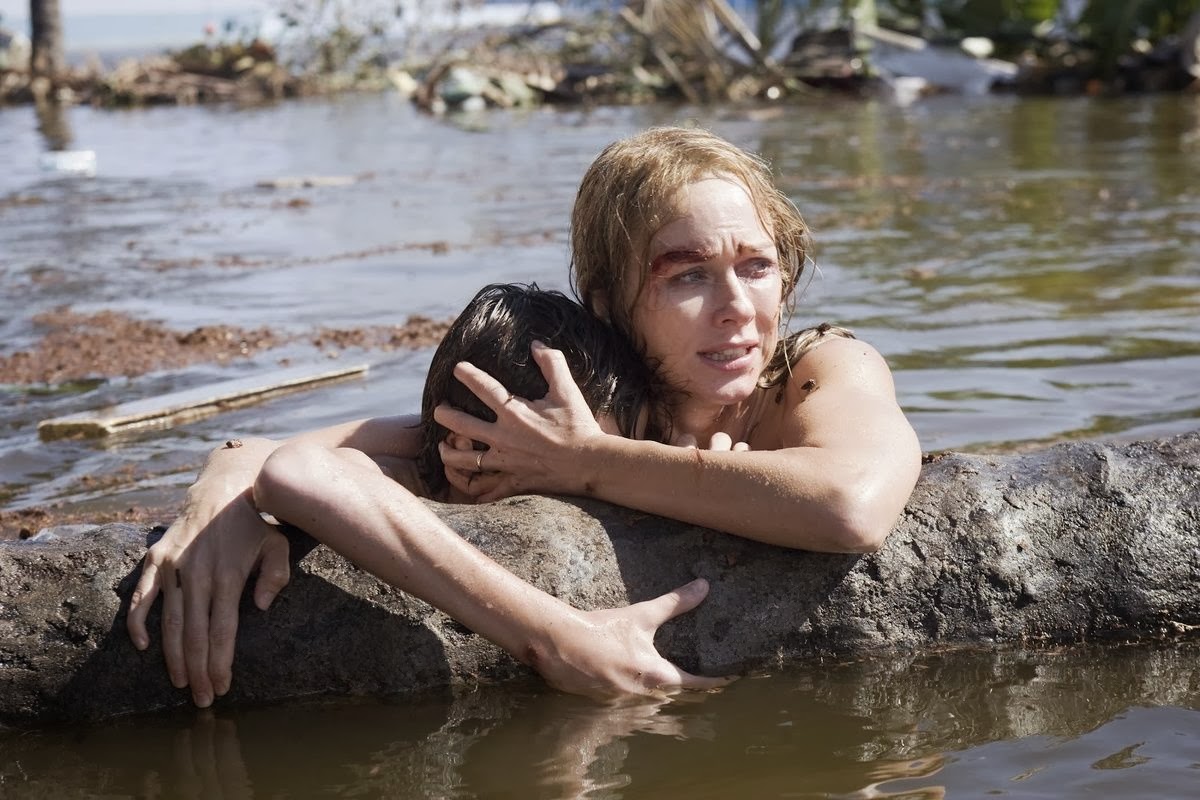 
Naomi Watts was nominated for Best Actress last year for her role as Maria in The Impossible.  The winner of the award ended up being Jennifer Lawrence for Silver Linings Playbook, and deservedly so, but I heard a lot of great things about Watts' performance.  She's a generally underrated actress, but I think a lot of that is her own fault based on her choice of roles.  Mulholland Drive, The Ring, 21 Grams, King Kong; not exactly the films that you want to define your career, even if they weren't terrible pictures.  What Watts needed was a big moment, a character that people could remember her for, a honest portrayal that would stick with audiences and come to mind when they heard her name.  She nailed exactly that in this film, perhaps coming up short of an Oscar, but succeeding in seizing a moment that we won't quickly forget.

Based on actual events and a real family, The Impossible is the story of the 2004 tsunami that devastated Thailand and Indonesia.  Vacationing in Thailand for Christmas is a family of five; mother & father Maria & Henry, and boys Lucas, Thomas, and Simon.  They had just settled into their resort hotel room, opened presents, enjoyed the beach, and were swimming in the pool when disaster struck.  An earthquake in the Indian Ocean caused a giant tsunami, sweeping across the coasts of many countries, destroying everything in its path.  Caught up in the initial tidal wave were Maria & Lucas, swept away from the rest of the family, buffeted by debris, almost drowned, and miraculously finding each other.  But finding any one else, surviving their injuries, and finding a safe place to breathe won't be so easy.  And as the nation desperately attempts to save the lives of those caught in the horrible destruction, families all over the region desperately seek their loved ones, hoping beyond hope that they made it out alive.

With an intensity that never let up, The Impossible was an exhausting film from start to finish.  It was high stress, hard to watch at times, but always captivating in its realistic delivery of a true story.  In a word, the movie was sensorial.  It pushed the limits of what audiences could watch, could hear, could take.  It was a complete overwhelming of the senses, but I enjoyed being stretched in that way.  The audio was especially strong, forcing you to feel the pain of each character through sound.  I really did feel like I was right there in the midst of the disaster, struggling alongside its countless victims.  The acting went a long way in aid of that, especially from Naomi Watts.  She was excellent as the mother grieving for her children, the strong woman trying to survive.  And McGregor was solid as well in a smaller role, as was Holland as their son, a boy growing up before our eyes.  The Impossible is a difficult film to watch due to the power of the emotions it elicits, but one that is well-crafted & powerful, deserving of high praise.