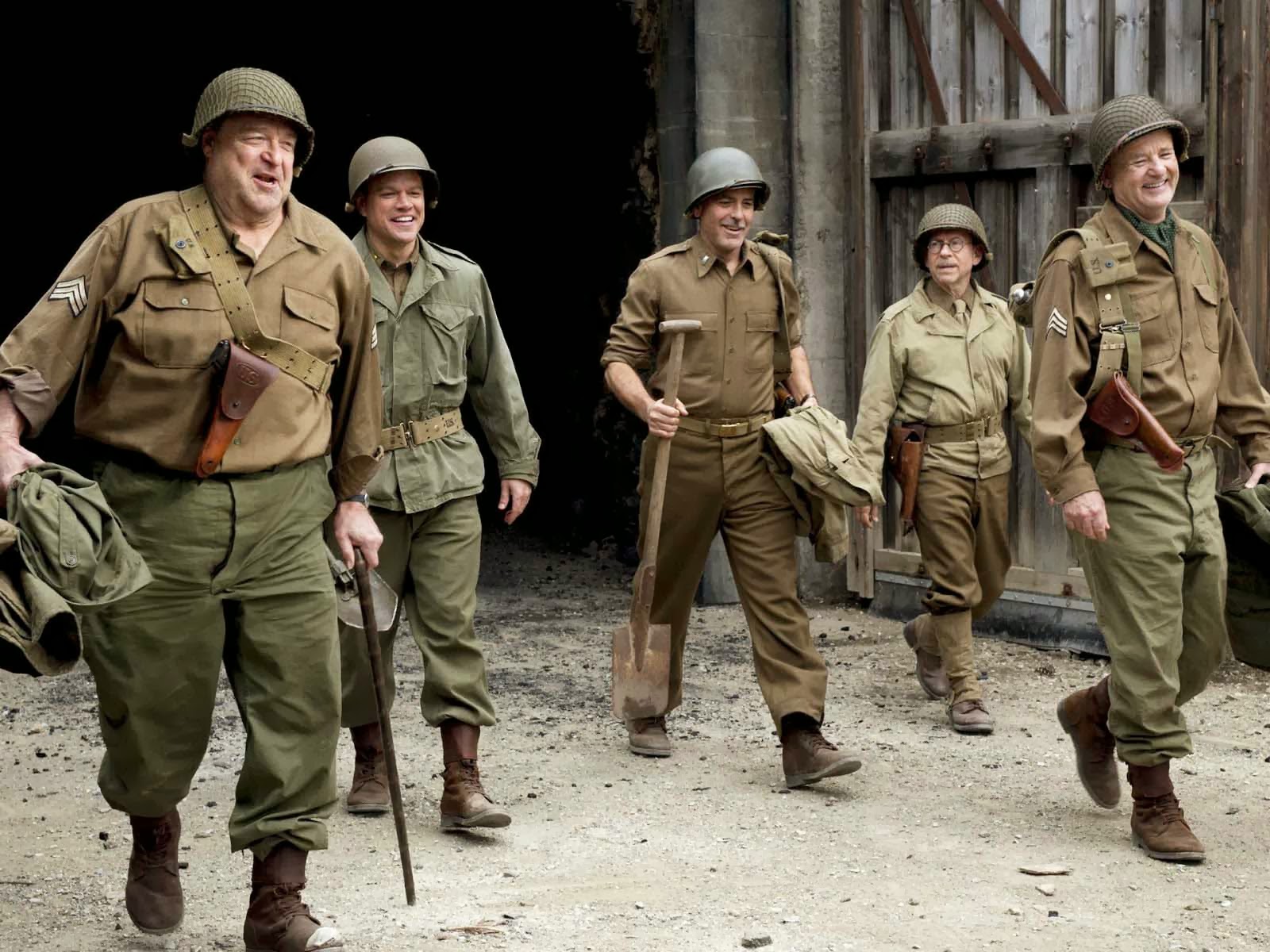 
I guess it was just too good to be true.  When I first saw the trailer for The Monuments Men I was sure it would be a home run.  How could it fail, right?  One of the best cast lists I've ever seen, an incredibly captivating setting, a little humor to lighten the heavy mood.  The film had Oscar written all over it, until people starting seeing it.  Then the wide release was pushed back, the buzz surrounding the project started sounding more like boos, and every trailer I saw for it, other than the initial teaser, make the movie look worse and worse.  But I was already pot-committed, already ready to forgive a few flaws because I really wanted to like it.  And so I saw it, saw for myself that all the criticism was dead on, and that this unsinkable ship sank.

World War II is almost over, Hitler is nearly beat.  The Allies are approaching Berlin from every direction; the Russians from the East, the Brits from the South, the Americans from the West.  And while victory is nearly guaranteed, there's a great threat that is only now gaining attention.  During the War, the Germans had been stealing the art of every country they conquered, taking for their own the very core of the culture of these fallen nations.  And so now, with defeat looming, Hitler will destroy everything he can't have for himself.  Enter the Monuments Men, a group of artists & scholars who have been tasked with stealing back the stolen art, finding the German treasure troves, and saving the artistic history of Europe from complete annihilation. 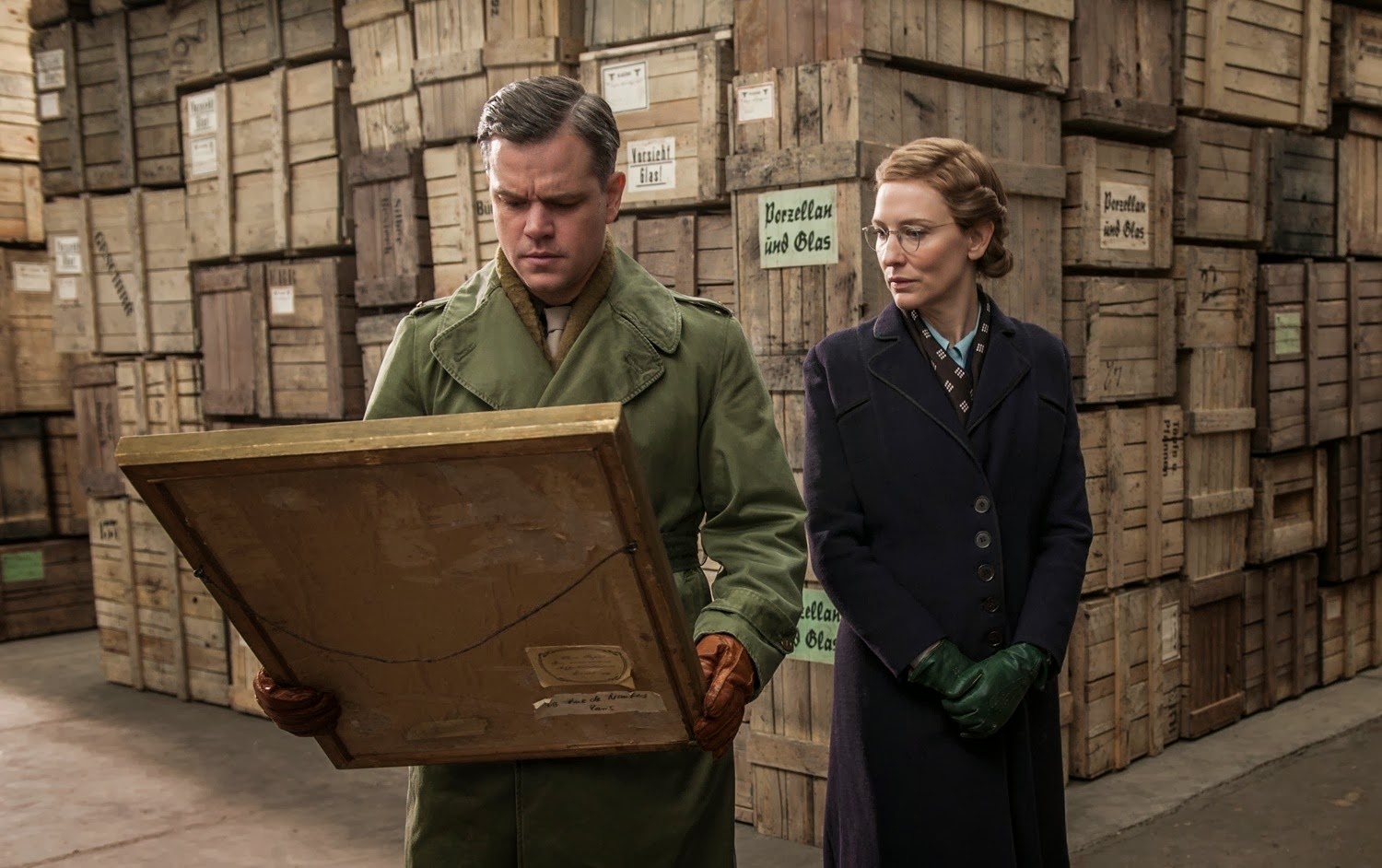 It shouldn't have been possible for this film to be bad, and yet it was.  With a stellar cast such as this, a dud should have been impossible, and yet they figured out a way to make it happen.  Clooney, Damon, Blanchett, and all the side characters fell completely flat, failing to make any sort of mark or convince audiences of their believability even for a moment.  The roles were never developed, never fostered or grounded.  We were left floating from one character's storyline to the next, never connecting with one individual piece of the greater puzzle.  The whole film was too disjointed, too fragmented, having too many plots going in too many directions.  It left me feeling muddled and disappointed, wishing that I had seen the tight film that I had expected, the acting clinic that should have been put on.  But the film left no room for great acting; too much was crammed into a small space and absolutely nothing shone.

Should we blame George Clooney for the failings of the film?  Perhaps.  After all, it's not like he's an A-class director; he's done a few things but nothing brilliant.  I think he may have bitten off more than he could chew; WWII, Jews, Hitler, art, love, religion, redemption.  It would have been a tough story to convey for any director and perhaps he simply wasn't up to the task.  At times the film felt like a copy of The Great Escape, a throwback to the old style of war dramas that incorporated characters with specific jobs, comedy, theme songs.  But where those old movies succeeded, this one flopped.  It wasn't funny, it wasn't clever, the music was awful, and at times I felt pandered to.  It was like a war movie made for people who don't like war movies, or at least can't understand them.  Everything was spelled out, from the plot to the emotions, and I never felt challenged, only talked down to.  That's not a great way to feel leaving the theatre, like you just watched a history lesson designed for middle-schoolers.  And that's not the way I expected this film to come off, at least not until all the bad press, and by then I had already decided to give it a chance.  I'm not bitter that it didn't come out the way I had originally assumed it would; how's the saying go?  I'm not mad I'm just disappointed. 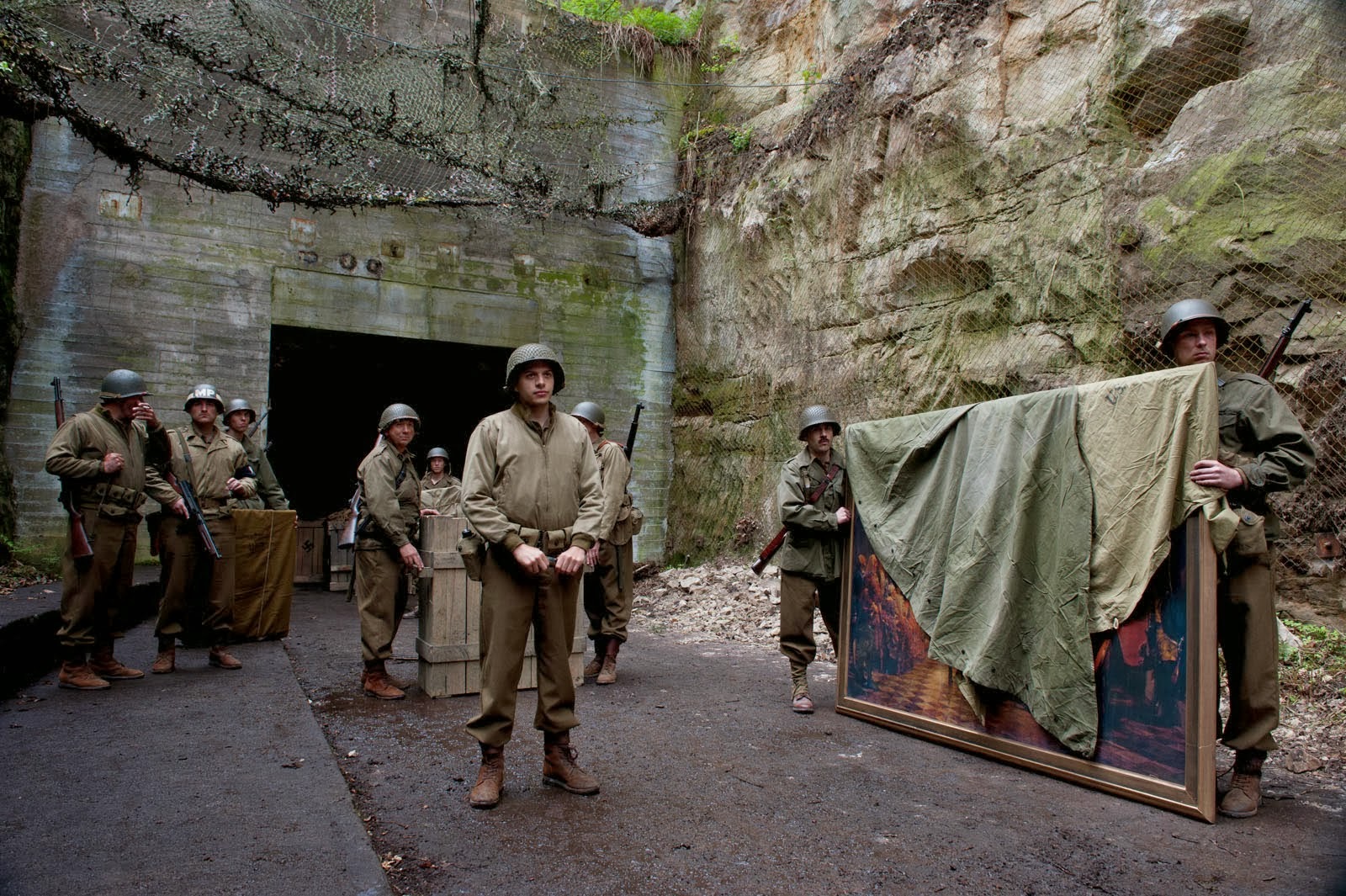