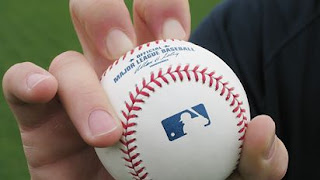 
First off, what is a knuckleball?  Spellcheck won't let it slide, but it is an actual thing.  It's a baseball pitch, and ironically it has nothing to do with the knuckles anymore.  Most baseballs are thrown by gripping the ball on the seams in various ways with various fingers.  The knuckleball, however, uses the fingertips.  When it was first created, a pitcher would grip the ball with his knuckles, hence the name, but now pitchers only use there fingertips and thumb to hold the ball before throwing.  This manner of pitching the ball creates zero spin, allowing the ball to float through the air at a very low speed.  Sounds easy to hit, but the secret of the knuckleball is its float; the air moves over the seams and takes it wherever it wants to.  Neither the pitcher, the batter, nor the catcher have any idea where the baseball is going to go.  And that's what makes the knuckleball so hard to hit. 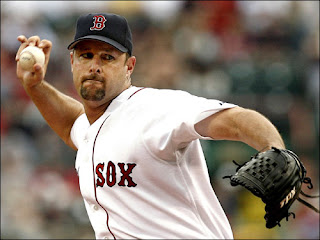 Knuckleball! is an extremely simple and specialized documentary.  It deals with one topic (baseball) and only one aspect of that topic (the knuckleball).  This highly controversial pitch is the least used in the major league, having only been throw consistently and successfully by a handful of players in MLB history.  It seems so easy to throw; a pitch that doesn't need speed, power, spin, or control.  But the knuckleball is a delicate art form, one that is not easily mastered.  Throw it poorly and its a home run.  Throw it well and it's a whiff.  The beauty of the pitch is its difficulty to handle, see, catch, and predict.  Through the years there have been few star knucklers: Phil Niekro, Charlie Hough, Tom Candiotti.  But more recently there have been two knuckleball-throwing greats: Tim Wakefield and R.A. Dickey.

Wakefield was originally drafted as a first baseman.  Starting his career with the Pittsburgh Pirates in 1988, he soon realized that he didn't have the skill to be a big-league hitter, having what he referred to as an "allergy to wood (bats)".  In order to salvage his career, Wakefield developed his knuckleball and decided to try his luck as a pitcher.  Playing in both the bigs and the minors, he had great success with his new pitch and became a full time pitcher.  Wakefield is best known as a member of the Boston Red Sox, where he was picked up in 1995.  He went on to play seventeen years in Boston, where he was an All Star and a two-time World Series Champion, thanks to the league's strangest pitch.  He retired in 2012 at the age of forty-five.

Compared to Wakefield, Dickey is the ultimate journeyman.  He played college ball at Tennessee and was a member of Team USA before being drafted by the Texas Rangers.  After initially being offered a large contract, the team took it back after a medical report showed that Dickey was missing the ulnar collateral ligament in his right elbow.  After rocky years in Texas, he developed a knuckleball in order to save his career.  It did just that, but he had a hard time finding success, bouncing around between the major and minor leagues of Seattle, Minnesota, and finally New York.  With the Mets, Dickey finally found his groove, and in 2012 he won the NL Cy Young Award.  After a trade to the Toronto Blue Jays, Dickey is now a highly-paid starting pitcher, as well as the only knuckler in the big leagues, and all at the age of thirty-eight. 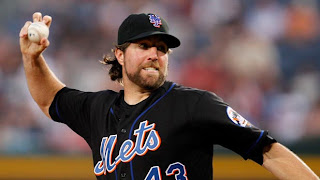 It should be pretty obvious, but you better love baseball if you want to have any chance at enjoying this film.  It's about nothing else, unless you count the side stories of Wakefield's and Dickey's family life and path to the big leagues.  But basically it's all baseball, no surprises.  And you are expected to know a lot of about baseball coming in, you won't get a lot of explanations.  The film is about the successes and failures surrounding the knuckleball and the few pitchers who have attempted to harness it, it's not a way to learn about the game or methods of playing.  Do you love baseball?  Do you already know a bit about Wakefield and Dickey?  Do you want to see a lot of still photos and slow-motion videos of one particular pitch?  Than perhaps Knuckleball! is for you.

Judging the film as a movie would be fairly pointless, because it's not your traditional flick.  Nor is it really your traditional documentary.  It's more like several Wikipedia articles come to life.  Here are Wakefield's stats and some shots of him pitching.  Here are Dickey's stats and some pics of his arm.  It's not very exciting nor is it groundbreaking; there just isn't much that you couldn't learn spending ten minutes surfing the web.  But that said, the film was well-crafted.  It was a concise and fairly interesting telling of the story with a lot of cool visuals.  And adding in some of the great knucklers of the past was fun, if not extremely relevant.  With such a specialized documentary there's almost no way to reach a broad audience or create a huge buzz, but I at least enjoyed myself as a baseball fan, if not really as a film critic. 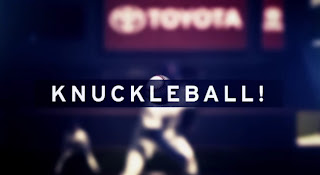 Video - With an aspect ratio of 1.78:1, the widescreen video is high quality.  And the subject matter lends itself to a nice picture; shots of the diamond, slow-motion footage of various pitches, different stadiums all across the country.  Video of classic games is, obviously, less impressive, but the modern footage is very nice.

Audio - There are no audio options with this disk; no language selection or subtitles for the hearing impaired.  The Dolby Digital sound is nice, and the recordings of famous calls from throughout MLB history are a good touch, but all in all the sound is nothing to write home about.

Extras - There are a ton of extra features on the single disk, in addition to the feature film.  These featurettes, interviews, and bonus scenes can be accessed from the main menu: Remembering 2003 ALCS, Physics of the Knuckleball, Jim Bouton at Home, Jim Bouton Interview, Tom Candiotti Interview, Niekro's 300th Win, Knuckler Chat, Hitters on Knuckleball, Charlie Hough Interview, and Future of the Pitch. 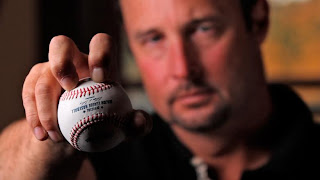 Rent It.  As a baseball fan, I enjoyed this film for what it was; a knuckleball extravaganza.  Was it great?  No.  Was is good?  Sure.  The video was crisp and enjoyable to watch, the audio was fine but had little options, and the extras were surprisingly plentiful.  It was an interesting film overall, but one that I probably wouldn't watch again.