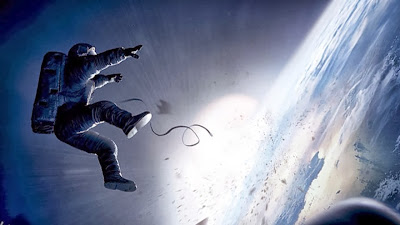 
I don't like 3-D movies.  I might be one of the five people in the country who doesn't, but it literally does nothing for me but give me a headache.  I'm not a movie snob, I like digital effects, I want new technology, but 3-D is a ridiculous film additive.  There's this thing called the fourth wall.  It's there to help audiences feel like they're not watching a movie, not seeing a play, not paying money to see people pretending to be other people.  It's why I love movies; I'm a voyeur into a world that doesn't know I'm watching.  And when you break that fourth wall bad things can happen.  Every once in a while it can be done smartly and for a purpose, but to me 3-D is just a reminder that I'm in a theatre.  Perhaps for some people it allows them to feel like they're inside the movie, and I get that, but it just makes me think, "Whoa that pen is coming at me!", and that makes me realize that I'm just an audience member and subsequently the believability of the film has just suffered.  I'm not saying no one can enjoy 3-D, I'm saying I don't.  It's cool to see, unusual to watch a movie like that, but in the end it does more harm than good and hides the flaws of the film that otherwise might make it unwatchable.  Now, Gravity wasn't horrible, and the effects were cool, but they didn't launch it into the Best Movie Ever category and at times they took away from what could have been a very honest film about the will to survive, but instead became an IMAX ride through space narrated by a bad actor.

The only characters in the entire film are Dr. Ryan Stone (played by Sandra Bullock) and Lieutenant Matt Kowalski (played by George Clooney).  The pair are in space working on the Hubble Space Telescope when an incident occurs halfway around the world that is about to change their lives.  A Russian satellite was just destroyed by a missile, sending debris hurtling through space, orbiting the Earth, and heading right toward them.  They begin to evacuate the Telescope when Stone is flung into the reaches of space by an explosion.  Her only hope for survival is Kowalski, the veteran astronaut who finds and guides her back to safety.  But she can't rely solely on him.  Soon she must find her own way back to the planet, using technology that she doesn't understand and training that she was never very good at.  She must be resourceful, brave, and determined if she is to have any chance of getting home alive; battling the orbiting debris, the lack of oxygen, and her own fears along the way in what started as a simple mission but quickly became a fight for survival. 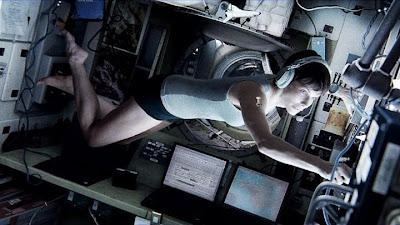 Avatar was the film that broke open the use of 3-D.  It got great reviews, audiences loved it, and to me it was a piece of crap.  It was a 1-star movie, a horribly acted terrible plot that was recycled, cheesy, and just plain bad.  The technology made it cool to watch, which elevated it to a 2-star movie in my book, but most people see it as a 4- or even a 5-star film.  Gravity is the same, just one notch higher.  It's an OK movie that is made watchable by the cool effects, but it is no where near wonderful.  Yes I hate 3-D, and I did think there were times that is actually hurt the film, but for the most part the visuals were the best part of the movie.  The cinematography were pretty amazing and I did feel like I was in space, floating around & seeing the world from above, but I didn't need 3-D for that to happen.  It was well made visually without the trick and was directed quite nicely, a quick story set in unusual circumstances that made my pulse race.  But that's where the good times ended.

Strip away the special effects and the buzz the film has received and what you're left with is Sandra Bullock in space.  She's not a great actor, never has been, and I had my doubts that she could carry an entire movie all alone.  She didn't, she fell flat, she over-acted, and she made the movie entirely about herself, cutting me out entirely from putting myself in her shoes.  There were some moments where she could have become a representation of mankind, something deeper than just a girl in space, but even those moments were done in a heavy-handed manner and badly acted, making them seem amateur rather than compelling.  So I didn't like the 3-D, maybe you do.  I didn't like Sandra Bullock, maybe you do.  But you had better really enjoy both those things because that's all you're going to get.  There wasn't more to grab on to, there wasn't anything else except a sappy back-story and a ghost/dream sequence to really hook me or make me love the characters.  Gravity is an awesome-looking movie that didn't need the technology that it used and could have benefited from an entirely different cast.  It's better than junk like Avatar, but it's nowhere near as good as great films like WALL-E.  Laugh if you want, WALL-E is amazing.  It tells a wonderful story, it has beautiful animation, and it has loveable characters.  Gravity is a 2-star movie that gets a little nudge upward because it used interesting technology.  Pointless maybe, but interesting nonetheless.  You might like this movie much more than I did, and I don't judge you for that; it was entertaining & fairly straight forward.  But I wish I hadn't seen it in 3-D, I wish Sandra Bullock's tears hadn't been floating around in zero-g while she talked to a dead person, and I wish people would stop talking about it like it was the best thing since French toast. 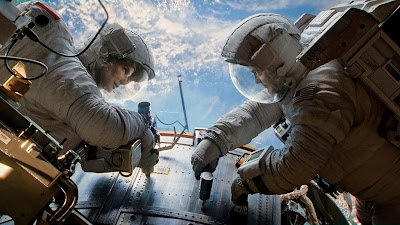