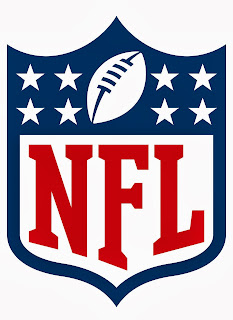 Dal @ Det - Tony Romo & the 'Boys are on a little win streak and are leading their division.  Matt Stafford & the Lions just lost but are only half a game behind the Pack in the NFC North.  Dallas doesn't play well on the road and Detroit loves being at home, so they have the slight edge.

SF @ Jax - How much longer can we just pick the Jags to lose?  One more at least.  Jacksonville is pathetic; no one has scored fewer or allowed more points this season.  The Niners are on a roll, winning their last four.  I don't think this one will be much of a contest.

Cle @ KC - Another lopsided game.  The Browns are a mess, starting Jason Campbell this week against the best defense in the league.  The Chiefs aren't amazing, but they're the only undefeated team in the league and this won't be their week to lose.

Mia @ NE - The Dolphins aren't as good as people though they were, losing three after winning three.  The Pats are coming off a loss as well, a surprising game against the Jets.  Look for them to play mad, physical, and stay undefeated at home.  Brady is still Brady after all.

Buf @ NO - The Saints lost a big game last week on the road vs the Pats.  But they always win at home and will be playing angry.  The Bills have been forgettable since E.J. Manuel got hurt, though they did win last week in Miami.  Not a blowout maybe, but a win for New Orleans.

NYG @ Phi - That MNF game vs Minnesota was a sad one, but maybe it was just the boost the G-men needed to get going again.  The Eagles think Michael Vick will start this week, but they are winless at home & don't seem to have any of that magic left that we saw early in the season.

NYJ @ Cin - The Bengals have won their last three after starting 2-2.  They're winning their division, but have a penchant for close games and upsets.  They can be trusted at home though, even with the loss of CB Leon Hall and the Jets coming in hot, having beaten the Patriots last week.

Pit @ Oak - Big Ben and the Steel-men have been coming to life recently.  They've won their last two, including a big win vs Baltimore.  The Raiders are out of the playoffs for all intends & purposes and don't have the team Pittsburgh does.  Look for a dirty game that ends close.

Atl @ Ari - I picked the Cards to upset last week and was dead wrong.  I'll try them again one more time cause I think they have it in them.  The Falcons don't win on the road, and I know they looked like they had it together last week, but all their injuries will take a big toll.

Was @ Den - Going into it, everyone knew the Broncos were going to have a tough time with the Colts.  Emotions were high in Indy, Peyton was a little off, and Denver lost.  I think they bounce back this week in a big way.  The Redskins aren't pushovers, but I think Manning takes it to them.

GB @ Min - Wow the Vikings are a mess.  No Ponder, no Cassel, they pick up Freeman, he's hurt, back to Ponder.  Enough is enough.  Rodgers, please go into Minnesota and score 40 points and show them what a real quarterback does.  This game shouldn't even be close.

Sea @ STL - With Sam Bradford done for the year, the Rams ought to be too.  Whoever they throw into the fire is going to get creamed by a Seattle defense that is super solid & knows how to win games.  Russell Wilson should have a nice game and the Seahawks should roll.
Posted by Olie Coen at 10:06 AM