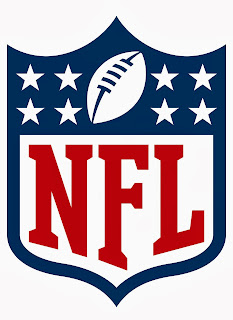 NYG @ Chi - The Bears are in a bit of a slump, starting 3-0 but since losing two games in a row.  The Giants are in a permanent slide, winless so far and allowing a league worst 36 points per game.  Da Bears lost at home last week, but they won't repeat that mistake.

GB @ Bal - Sometimes the statistics can just muddle up predictions, but in this case they're pretty clear.  The Packers are winless on the road, while the Ravens have yet to be beaten at home.  With Ray Rice heating up & Clay Matthews out for a while, I like Baltimore.

Cin @ Buf - The Bungles are a confusing team and you just never know when their offense is going to show up.  They have yet to win on the road, but that might change this week.  With E.J. Manuel hurt, the Bills will go with a practice squad guy as their QB.  Not good.

Det @ Cle - The Brownies were on a roll behind Brian Hoyer and things were looking up.  That is, until he got placed on IR.  The ball is back in Brandon Weeden's hands and that's not ideal.  The Lions might not go wild vs a strong Cleveland D, but they should win.

STL @ Hou - Times are tough in Houston, as the Texans have gotten off to a shaky start and Matt Schaub is literally throwing away points.  They'll look to get back on the right track this week vs a mediocre Rams team that shouldn't scare anyone, especially J.J. Watt.

Oak @ KC - The Chiefs are on fire, winning all five games including three road victories.  They also only allow a league leading 12 points per game.  The Raiders aren't pushovers, and they just beat SD, but they don't win away from Oakland and they haven't seen a D like this.

Car @ Min - I like what the Panthers are doing on defense, but they're just not scoring enough points and they don't play well on the road.  The Vikings now have Matt Cassel under center and are coming off a win in London.  Look for them to keep it going and get a W.

Pit @ NYJ - Somehow the Jets are 3-2, despite being outscored on average.  They win at home, they play scrappy football, and Geno Smith is finding ways to get it done.  The Steelers are the opposite, finding ways to lose every single game and looking pathetic while doing so.

Jax @ Den - Speaking of bad teams & Denver, let's talk about the Jaguars vs the Broncos.  This game ties the record for the largest point spread ever, 28 to Denver.  The Jags have the worst Net Points, -112, while the Broncs have the best, +91.  Knock on wood, shouldn't be close.

Ten @ Sea - There aren't too many constant truths in the NFL, but one is that the Seahawks don't lose in Seattle.  Their defense is outstanding, their QB is gifted, and they're Super Bowl bound.  Yes they lost last week and the Titans aren't  horrible, but I'd put money on this game.

NO @ NE - Game of the Week, too bad it's not on primetime.  These teams are always good, but now they have great Ds to compliment their amazing QBs.  The Pats lost their first game last week & will be playing angry.  Add that to a home game & the return of the Gronk.

Ari @ SF - This should be a good matchup between division rivals who have both won their last two games.  The Niners have lost at home & the Cards have won on the road, but SF is simply the more talented team.  They should win this one, but it might be close.

Was @ Dal - Last week's game in Dallas vs the Broncos was pretty wild.  Against any other team they would have won & Romo would have been hailed as a hero.  But they didn't, he wasn't, and life goes on.  They had better win this week vs their rival, and I think they will.

Ind @ SD - I know everyone's praising Andrew Luck and saying that the Colts are going to the Super Bowl, but I'm holding off for a couple weeks.  If they were to win vs the Chargers and then win next week vs the Broncos then I'll jump on the bandwagon, but not yet.
Posted by Olie Coen at 10:45 AM