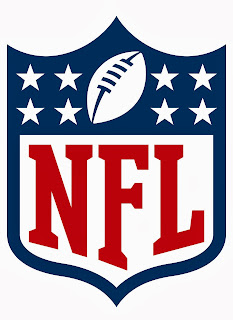 NO @ Chi - It looks like the Saints are here to stay.  They're scoring points, like they always do, but they're actually playing defense this year under DC Rob Ryan and I like what I see.  This is a tough road game, but the Bears can be beaten and they will be this week.

NE @ Cin - The Bungles were embarrassed last week in Cleveland, scoring only 6 points against a mediocre team.  Their defense is good, but their offense can't keep up.  With Tom Brady starting to get some rhythm with his WRs, this is a very bad time to have the Patriots in your town.

Det @ GB - This has been an uncharacteristically bad start for the Pack, going 1-3 and looking pretty lost.  The Lions are on fire, 1st place in the NFC North.  But I think eventually things will settle back down.  Green Bay has got to regroup, and this seems to be the week to do it.

Sea @ Ind - These are two very strong teams.  Both score about twice as much as they allow, boast great records, and have elite young QBs to lead them.  People have questioned how well the Seahawks would play on the road; undefeated, while Indy has been a bit iffy at home.

Bal @ Mia - I think the Saints exposed the Dolphins quite a bit last Monday Night.  They're not amazing, they're just solid.  The Ravens know that shtick and can play that game.  Look for them to rebound after a close loss last week and for Ray Rice to have a very nice game.

Phi @ NYG - Not the most stellar of matchups.  This division is up for grabs, but neither of these teams seems capable of grabbing it.  At least the Eagles look interesting at times; the Giants always look like they're about to vomit and have allowed 146 points in 4 games.

Jax @ STL - Whoa, another game between awful teams.  To be fair, the Rams aren't quite as bad as the Jaguars.  Jacksonville only scores 8 points per game and is obviously not listening to my constant call for Tebow.  The Rams might win this one my default, but a W is a W.

KC @ Ten - I'm not surprised that the Chiefs are doing well, but I am surprised that they're undefeated.  I'm equally shocked that the Titans are 3-1.  Too bad Jake Locker got hurt and will miss some time, because they could have beaten KC, and as a Broncos fan I would have liked that.

Car @ Ari - Which team has allowed the fewest points this season?  The Seahawks?  Nope, the Panthers.  Hard to imagine, but it's true.  They have played one game less, but they only allow 12 per game, Seattle allows 11, and KC allows 10.  Pretty good company.

Den @ Dal - Until proven otherwise, the Broncos are the best team in football.  Peyton is going wild, they score 45 points per game, and no one has been able to slow them down.  Now, the Cowboys are a tough team and are undefeated at home, but they haven't played Denver.

Hou @ SF - Seattle creams SF, Houston almost beats Seattle, so Houston will win vs SF, right?  It doesn't really work that way, but the Texans looked like they finally had things put together before they derailed late last week.  The Niners are coming to life too, so should be a great game.

SD @ Oak - I don't know what is up with Phillip Rivers, but he is now my fantasy QB, so I hope it keeps going.  As a Broncos fan I hate to root for him, but he's having a career year and will look to keep going against a Raiders team that isn't awful but isn't good.

NYJ @ Atl - The Falcons have been a big disappointment so far this year.  They're not embarrassing themselves, but injuries and the inability to step up in key moments has given them a bad record and a bad feeling.  Enter New York and their turnover-prone rookie QB.
Posted by Olie Coen at 10:27 AM