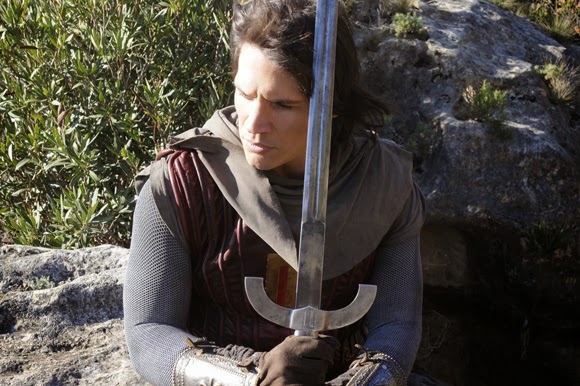 
Oh, just your run-of-the-mill Spanish film about the Crusades.  Based on a comic book.  Starring a man with a very large face.  Who fights Satan.  And woos Vikings.  Prince Killian is one incredible man, and we don't even know the half of it, learning his back story on the fly while he chops up bad guys and saves the day.  He's a hero on paper and on screen, a sword-swinging bible-thumper who takes no prisoners and rescues the peasantry, all while leaping about with the inhumanly athletic grace of a man-god.  He's Prince Killian, Captain Thunder, El Treuno, the leader of Christians, the vanquisher of evil, the lover, the fighter, the paragon of virtue.  And now he has his own movie.  Life is good for this Spanish stallion and his team of ragamuffin heroes, whether killing Saracens in the desert or defending their homeland.  So sit down, pop some corn, and get ready for the cheesy adventure of the century. 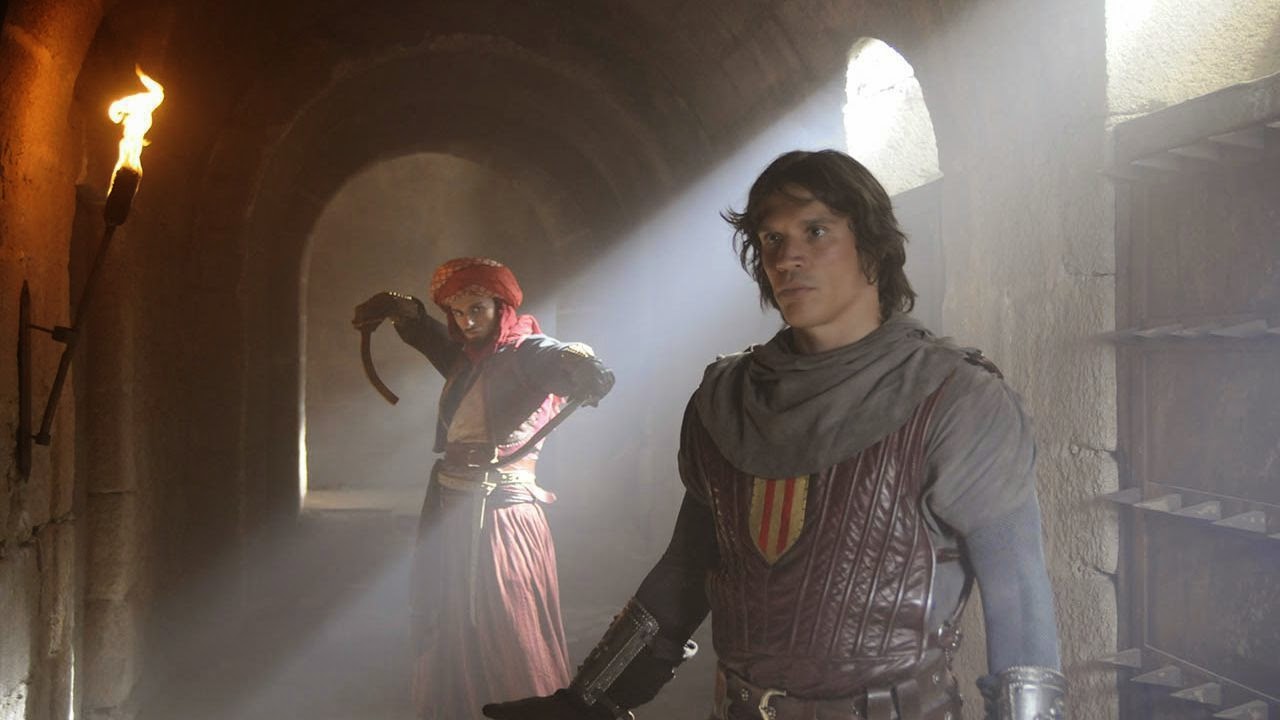 The Crusades rage in the East, Christians vs Saracens, and one man has risen above all others as a natural leader; Prince Killian.  Known as Captain Thunder, where he goes victory follows, including his latest target, a fortress where two of his closest companions, Crispin & Goliath, are about to be executed.  He storms the fort, saves his friends, and orchestrates another successful campaign.  But deep in the dungeons of the castle, a mystery awaits.  An old man gives Killian a special chalice, telling him to keep it save, return it to Spain, find a man named Morgano, save the world.  Wild requests, but when the old man turns up dead the Captain begins to wonder if his rantings were partially true.  And when a new mission finds him returning to his homeland, Killian and the chalice begin a quest that will lead to both their destinies.

Apparently the southern coasts of Spain are being ravaged by a terrifying force.  The Black Army and their magic are killing & taking at will, and the common people there are in desperate need of help.  Killian and his men are sent to discover the secrets behind the stories.  With them go Ingrid the Viking maiden and Hassan the Saracen, along with the fiercest Crusaders available.  But little do they know that the chalice and the evil army are linked, that their meeting will begin a series of events that could lead to the end of the world.  Killian must unravel the mystery of the cup, find the truth about his own heritage, and trust his friends to guard his back, while he faces a force that almost no man could challenge and survive.  But the Captain is no mere man and he has the power of good on his side.  Prince Killian the brave, the savior of mankind, protector of the innocent, fighting for us all and leaving it all out on the floor.

It's just as silly as it sounds, but that doesn't stop it from being awesome.  I mean, seriously, how can we not enjoy a good Spanish-speaking Viking?  And a Spanish-speaking Arab.  And, wait for it, a Spanish-speaking King Richard.  I know it only seems odd because its not in English, but it was weird to have all the historical figures all speaking the same language.  But it wasn't distracting really, it just heightened the enjoyment.  From the very beginning the film was an enjoyable experience.  From the swash-buckling style to the one-liners, it always felt like a slightly humorous take on a genre that can be overly serious.  It was based on a comic after all, a story about a mismatched bunch of characters that save the world one epic battle at a time.  So the cheesy goodness of the plot shone, the action was always slightly tongue-in-cheek, and I found myself rooting for a film that I never thought would make it past one star.

But I've got to say, Prince Killian himself might have been my least favorite part of the film.  I just didn't like the guy; the character or the actor.  His look was off-putting, he was one of the weakest actors, and I never really cared if he survived or not.  I liked his co-stars much better, from the lovely Ingrid to the stupid Goliath.  They were all equally cheesy, but somehow more enjoyable, like they were taking themselves a little more lightly than was Killian.  And the bad guys, wow, they were about as stereotypically bad as you can get, from the black outfits to the snakes hanging about randomly at their Satanic powwows.  That was something they all did really well; push the envelop of standard movie practice, take the thing that's been done a million times before and do it yet again, but this time with a nod to the camera to let us know that they know we know they know.  You know?  The cast, the crew, the writers; they didn't have much to work with maybe, they were never going to make an amazing film.  But what they delivered was a highly entertaining movie that didn't take itself too seriously and was much better than a lot of other crappy b-movies starring hunky actors, cute blondes, and evil villains who can't understand that the very thing they want to conjure will be the exact thing that eats them in the end. 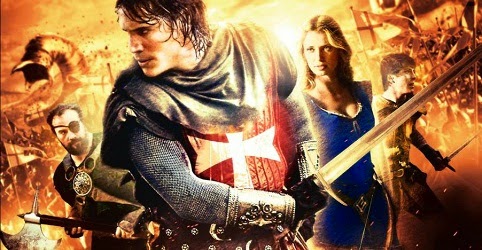 Video - With an aspect ratio of 2.35:1, the video is stronger than most movies you'll see done in this style.  I guess you can't call it a b-movie, it's just not that cheap.  And the clarity of the video showcases this well.  The picture quality is high, with nice colors, cool sets, and some solid visuals.  The story is action-packed and epic, lending itself to some fairly excellent scenes.

Audio - There are a few audio choices on the disc.  Spanish 5.1, Spanish Stereo, English 5.1, English Stereo, and English subtitles can be turned off and on.  I find that watching a film with dubbing always makes it seem stupider than it actually is, so I'd recommend listening to the the Spanish version and just reading the subtitles.  The movie is good enough to deserve its original language.  The sound quality is high, with some great mood music and good balance.

Extras - No extras are available on the DVD. 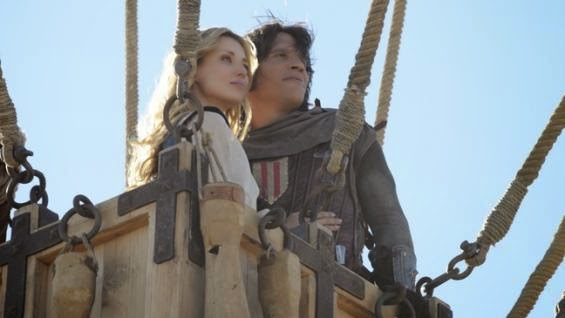 Rent It.  Prince Killian is a wonderfully fun action-adventure, one that is hilariously over-the-top at times but never crosses the line into the ridiculous.  Maybe it helped that it was based on a comic book; it had a solid team-of-adventurers base that carried it along even when the action got a little silly.  The acting was fine, the music good, and I found myself having a good time despite the product not being amazing.  The video was surprisingly great, the audio was strong, but there were no extras on the disc.  Overall, a easy to watch and easy to love film that never challenges but also never disappoints.