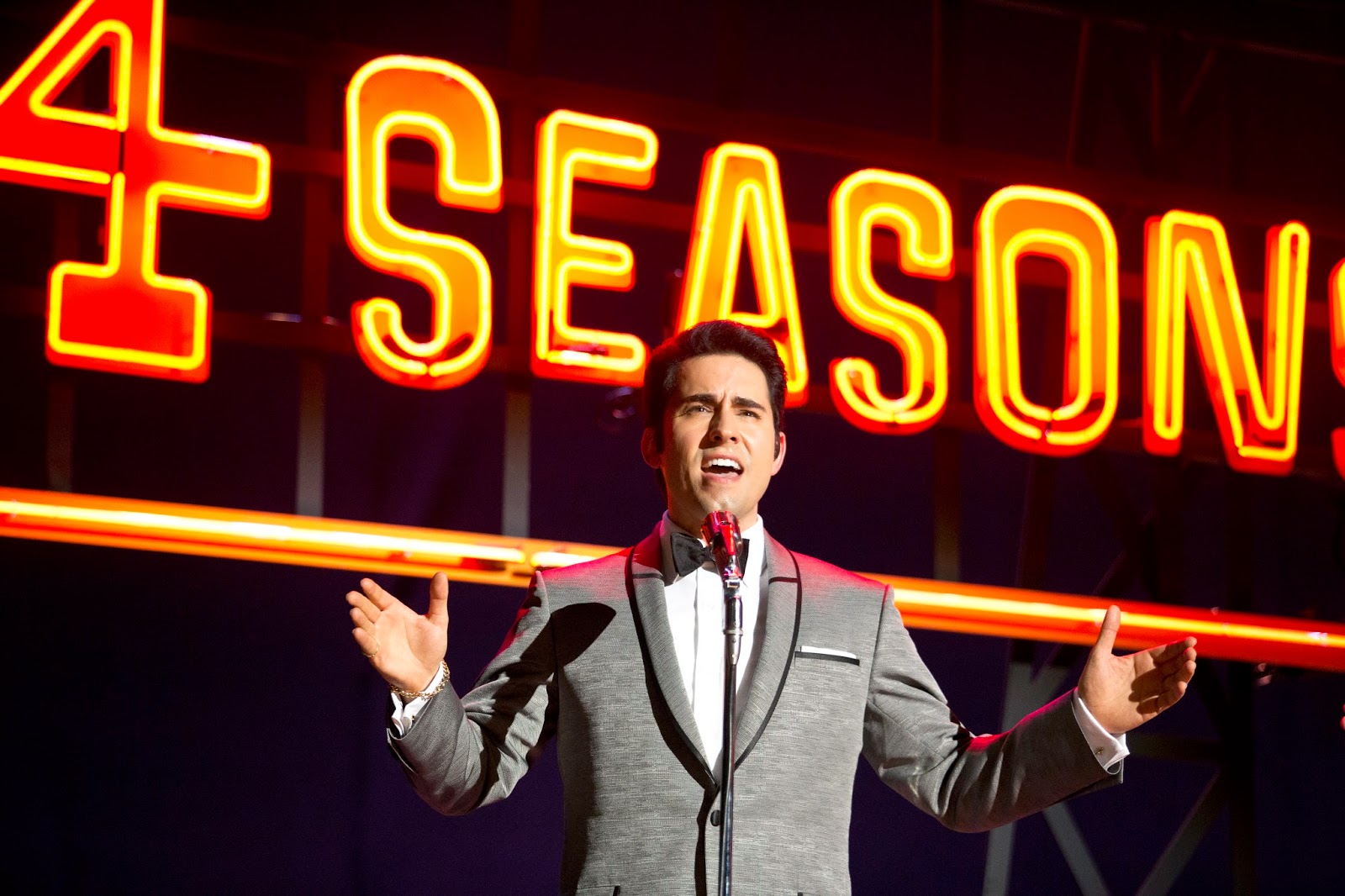 
I grew up on Frankie Valli.  My dad was a big Four Seasons fan and instead of being raised on Def Leppard and Lynard Skynnard like a lot of my Ohio friends, I was raised on 50s & 60s pop: The Four Seasons, The Beach Boys, The Monkees.  This is the music that defined my taste, and even though I did eventually branch out, I never stopped loving the golden oldies that I grew up digging.  So now that a play has been produced using Frankie Valli as a platform, and now that a movie has come from that play I was right there in line to see the show.  I knew I'd enjoy the music; it's some of the best the genre has ever produced.  But I had my reservations about how the story & the songs would translate to the big screen.  Unfortunately my doubts were all realized, as the music was phenomenal, of course, but the rest of the movie?  Not so much.

It's a portrait of the American dream; a group of young men who might be a little rough around the edges but who never give up, who always knew they'd leave the old neighborhood behind, make it big despite such small beginnings.  And it all revolves around Frankie.  His voice is one in a million, and when he & his friends finally form a cohesive band, the sky's the limit.  After a slow start, the band produces hit after hit, becoming the icon that we all know today.  But the road wasn't always paved smooth.  Like all band mates, there was trouble, conflict, and tension that living on the road together 250 days out of the year didn't help.  Money became god, family was left behind, and even the mob of the old days reared it's ugly head.  The boys stuck by each other through thick & thin, keeping the old honor code alive, and finally becoming the Hall of Fame group that America loved so much. 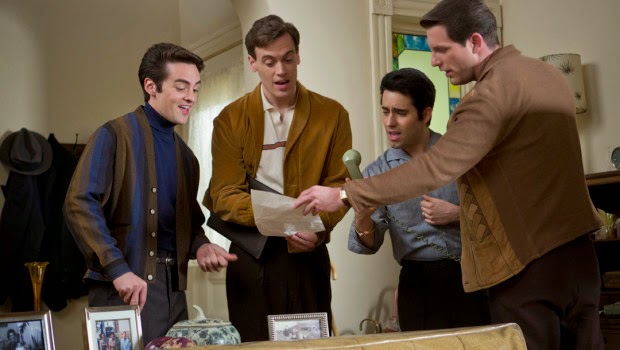 Let me say first off that I have a bias toward biopics.  I just don't like them, especially when they're about musicians.  It's just too easy to hook us in.  Take a true story, play the music that we all love, and get an actor to play the lead singer.  Show what he went through, how his genius shone, and give us a happy ending.  That's all you really have to do to get most audience members to enjoy your film.  But what work did you do?  The soundtrack was enough, nothing more was needed, it's excellent music already that you as a filmmaker had nothing to do with.  So to get me to like a biopic there has to be something more, something that stands out, something that goes beyond just pretending to be a famous singer & belting his old tunes.  At first glance it seems like Jersey Boys brings that extra trick, bringing the stage to the screen, portraying the group from a slightly unusual angle.  But sadly no, it's not really new at all, it's just more of the same.

Yes it's a Broadway musical, but it still sticks to the same tired biopic timeline, complete with tragedies, high points, addictions, money problems, misguided fame.  I know it's a true story, but that doesn't stop it from feeling like just another attempt to win audiences over with good music badly done.  I tried to be as forgiving as possible, knowing my bias and knowing that this was basically a play not a film, but I couldn't help myself; it wasn't a well-made movie.  These actors aren't film guys, they're not used to this, it isn't their thing.  That showed too clearly and I couldn't forgive them their lack of acting chops.  And on top of that, JLY has a good copycat voice, he kinda sounds like Frankie, but he is nowhere near as great.  What Frankie did was wow us with a voice that should have been annoying but never was.  JLY annoyed me plenty, never impressing me with his instrument, always sounding like a lounge singer trying to pass as famous.  I'm sure the play is better, I'm sure it comes across better in that medium, and I assume the jokes & dramatic moments all feel a little more believable.  It just didn't work on film, although a lot of the older crowd where I watched enjoyed what I found to be stereotypical, recycled, and slightly juvenile humor.  So the music is excellent if you like Frankie Valli, the movie feels like a play, and it's not a complete flop by any means.  But judged as a film, it's full of mediocre talent, amateur filmmaking, and uneven performances.  If you grew up loving these songs and you don't have extremely high standards, then by all means enjoy yourself.  Otherwise, this one's not for you. 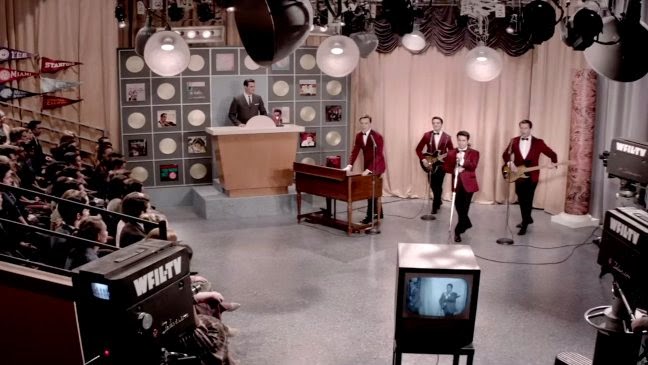