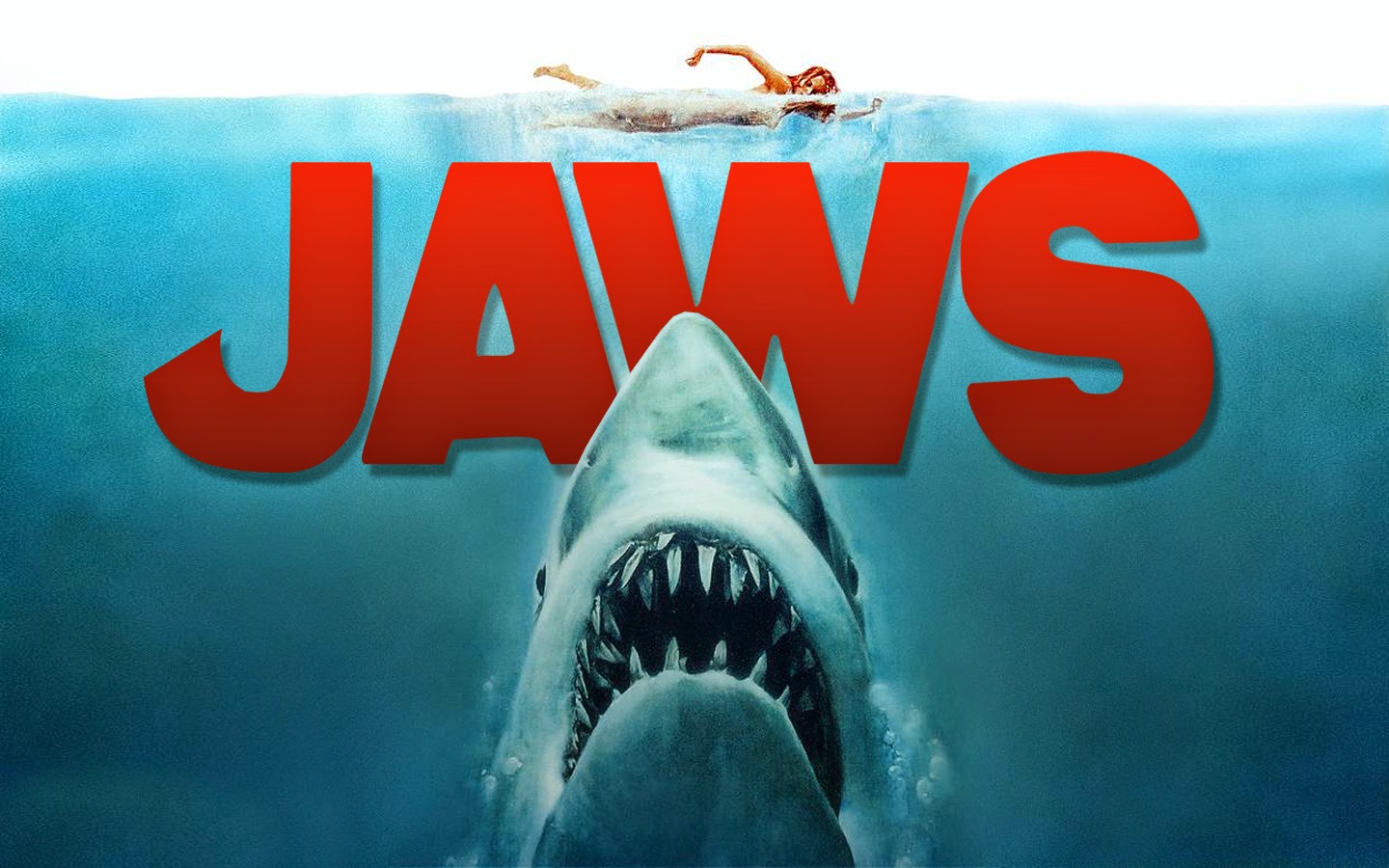 
Not every classic lives up to its fame decades after its release.  Maybe the film was great in its era but loses something over time.  Or maybe years of hype lead you to expect perfection when it's not even close.  I've seen Jaws a few times in my life and I can say this with certainty; it is as good as advertised.  It's not stuck in the 70s, it's not lost in translation, it's not overrated.  It is a phenomenal film that is as close to directing perfection as you're likely to see.  Don't brush it aside as just another classic film that's probably not as good as people say.  And also don't write it off as a horror movie that will scare you out of going in the water.  It's much more than just those things, and the only way you'll find that out is by watching it, which I would strongly recommend.

The small town of Amity has a big problem.  A young girl and an even younger boy have both become victims of a shark attack, leading the island community to panic about the safety of their waters.  Problem is, it's 4th of July weekend, and while the chief of police wants to shut down the beaches, the mayor knows that the city will go broke if they don't have holiday traffic.  So they do remain open and the shark does strike again.  There is no shortage of volunteers to catch the beast, but no one has ever gone up against a shark this size before.  So a trio of would-be hunters set out in a boat to kill the monster; Chief Brody, a veteran fisherman named Quint, and the young scientist Hooper.  The men go out to catch the fish, but may not return with their lives, as the great white shark they're up against is unlike any that these waters have ever seen.

At its core I guess Jaws is a horror movie, but that's not giving it enough credit.  It's so much more than just a film about a man-eating shark and the adventure to kill it.  Creature features are a dime a dozen, but it takes magic to scare audiences this much and to make them unable to forget the haunting feeling that your project delivers.  A lot of that has to do with the music, that classic duh-nuh-duh-nuh that makes you want to draw up your legs and never set them down again.  Spielberg created a mood of terror and helplessness that lasts the entire movie, a certainty of death that's really hard to shake.  And his actors were more than capable of helping to deliver that feeling.  Roy Scheider is strong as the straight man, Robert Shaw as the detestable ship captain, and Richard Dreyfuss as youth, intelligence, and comedy all rolled into one.  There's not a piece of this film that isn't wonderful; even the first half of the film featuring all the silly 70s side characters isn't awful, it adds to the set up and gets you ready for the second half.  And it's that latter part that's genius, that will frighten you, excite you, impress you, and hopefully convince you that this is a classic film that deserves every accolade it's ever received.