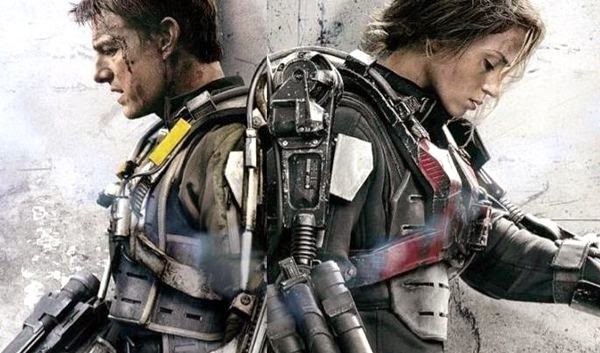 
Edge of Tomorrow is being called Groundhog Day with aliens.  Yes, the whole live-die-repeat thing has been overdone in the trailers for the film, making audiences believe that the filmmakers have gone goofy, that they have produced a stupid film based on a ridiculous principle.  I'm not calling Groundhog Day stupid.  On the contrary, it's a phenomenal film, and Bill Murray is basically perfection.  But people are worried, so let me put something out there; this movie is not that movie.  There is a time travel element, there is a touch of humor, and if you went looking for comparisons I guess you could find some.  So for the sake of argument, let's say they're right and that this film is a sci-fi version of a classic comedy.  Assuming you like sci-fi, would that really be such a bad thing?

D-Day 2.0 is swiftly approaching.  An alien swarm has swiftly taken over the entirety of Europe, killing any force sent against them.  But humanity has not given up hope.  With new tech suits and a cohesive plan, mankind will attack on all fronts in a giant invasion, taking the enemy by surprise and eradicating them.  Except, that's not exactly how it's going to turn out, and only two people on Earth know why.  Cage & Rita have somehow linked their minds into the central computer of the alien race, harnessing a power that includes the ability to leap back a day every time they die.  And so they unwittingly become the only hope humanity has.  But first Cage must figure out how to use this new ability, become the soldier he never was, and die a thousand times, living the same day over & over again as he attempts to get closer & closer to winning this almost unwinnable war. 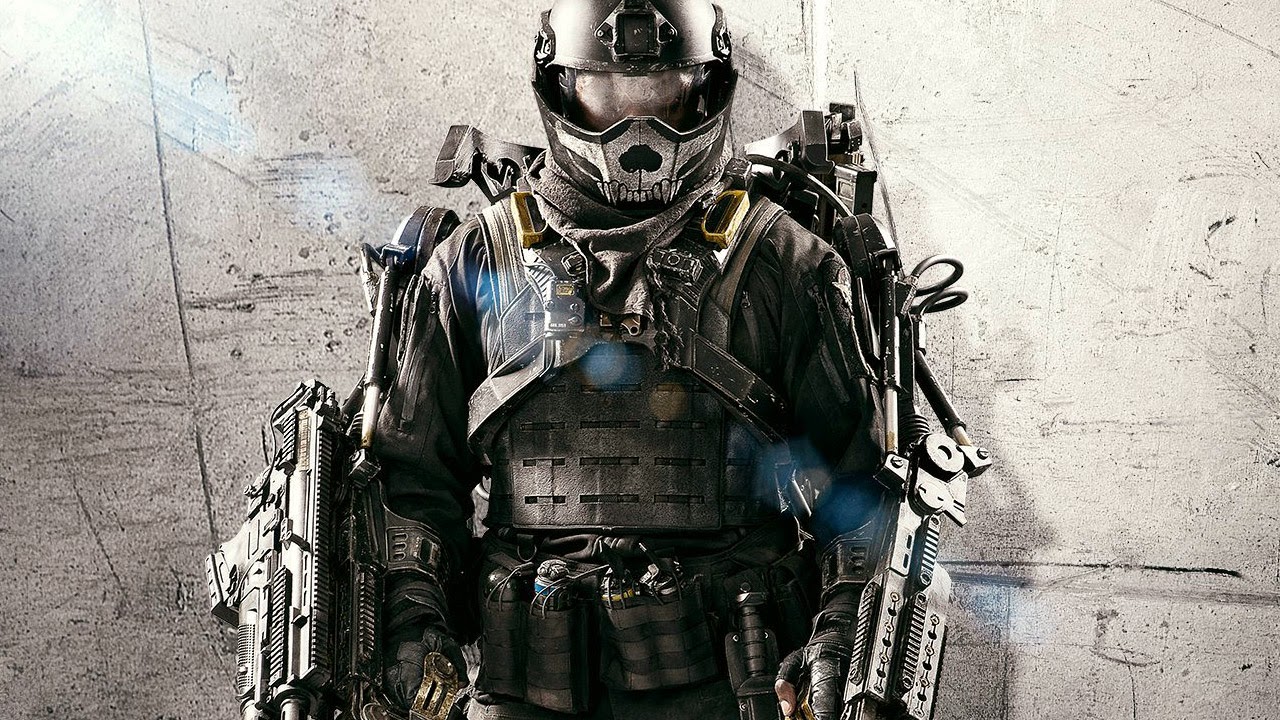 So it's not Groundhog Day, but I see how you might think it is.  Clear enough?  No?  Then you'll have to just watch it & give it a chance.  The skipping-back-a-day part quickly becomes a part of the strong plot, not a trick to get you interested, but a vital piece of the story that is actually pretty believable as far as sci-fi goes.  But you'd better be a fan of the genre, because otherwise you might not let some of the finer points fly.  It's science-fiction first, action second, and comedy third, which really surprised me.  I wasn't ready for humor and wouldn't have seen a spot for jokes to fit in if I had been.  It's a movie where a man dies countless times; what could be funny about that?  But the comedy is in the despair, the hopelessness of the situation, the idea that you have to either laugh or just completely give up.  And so while you laugh the story progresses, gets more complicated, never backs down from a fight, and keeps on rolling until it reaches the heart-pounding climax.

I happen to not mind Tom Cruise, so his character never bothered me.  I understand some people don't like his style, but in Edge of Tomorrow he actually brings something different to the table.  He's not a bad ass, he doesn't know everything, he's not cool or confident or a ladies man.  He actually plays the part as desperate, as confused, as mistake-prone, as human.  Take away the body armor and the advanced weaponry and what you're left with is a guy trying to do his best in a very unique situation.  Emily Blunt was the hero really, she's the tough cookie, the scourge of the enemy.  And at the same time she's sexy, secretive, mature; she brought her A-Game for this one.  Bill Paxton may never be better, perfectly filling the role of the slightly stupid drill sergeant who sees no gray, who would give his life for glory.  All the characters come together well to form a believable story, an enjoyable action film, a cool sci-fi adventure, a slightly funny movie, a solid project that when taken as a whole stands up to criticism and give us, simply, a blockbuster. 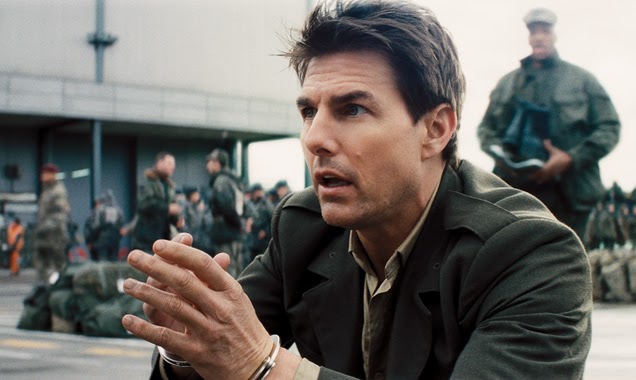