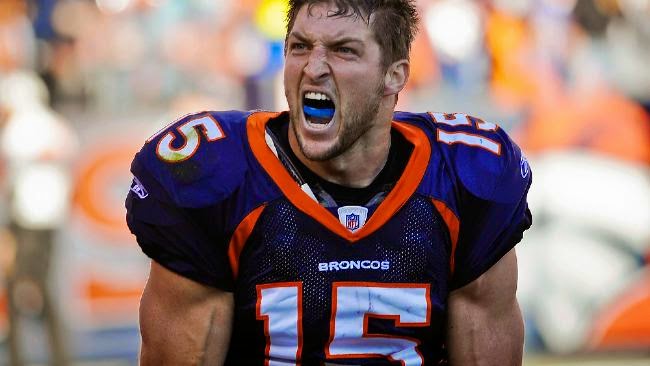 I miss Tim Tebow.  I know a lot of people got tired of hearing about a player who turned out to be mediocre at best, but man was he fun to watch.  As a Broncos fan I enjoyed having him on my team.  He was easy to root for, cared about winning more than most players, and wasn't afraid to lay it all on the line when it really mattered.  Now, I'm perfectly content having Peyton Manning instead, but I was a Tebow fan and fully supported him as a starter, despite his lack of technical or mental skills.  So I'm not saying he's elite, I'm not even saying that another team should give him another shot.  All I'm saying is that I miss the guy.  He was entertainment personified.  And he made Sundays better. 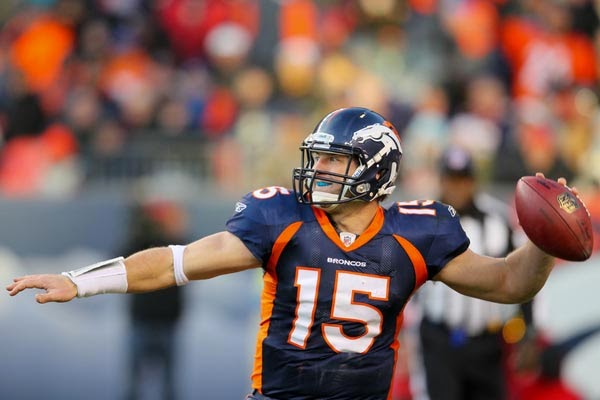 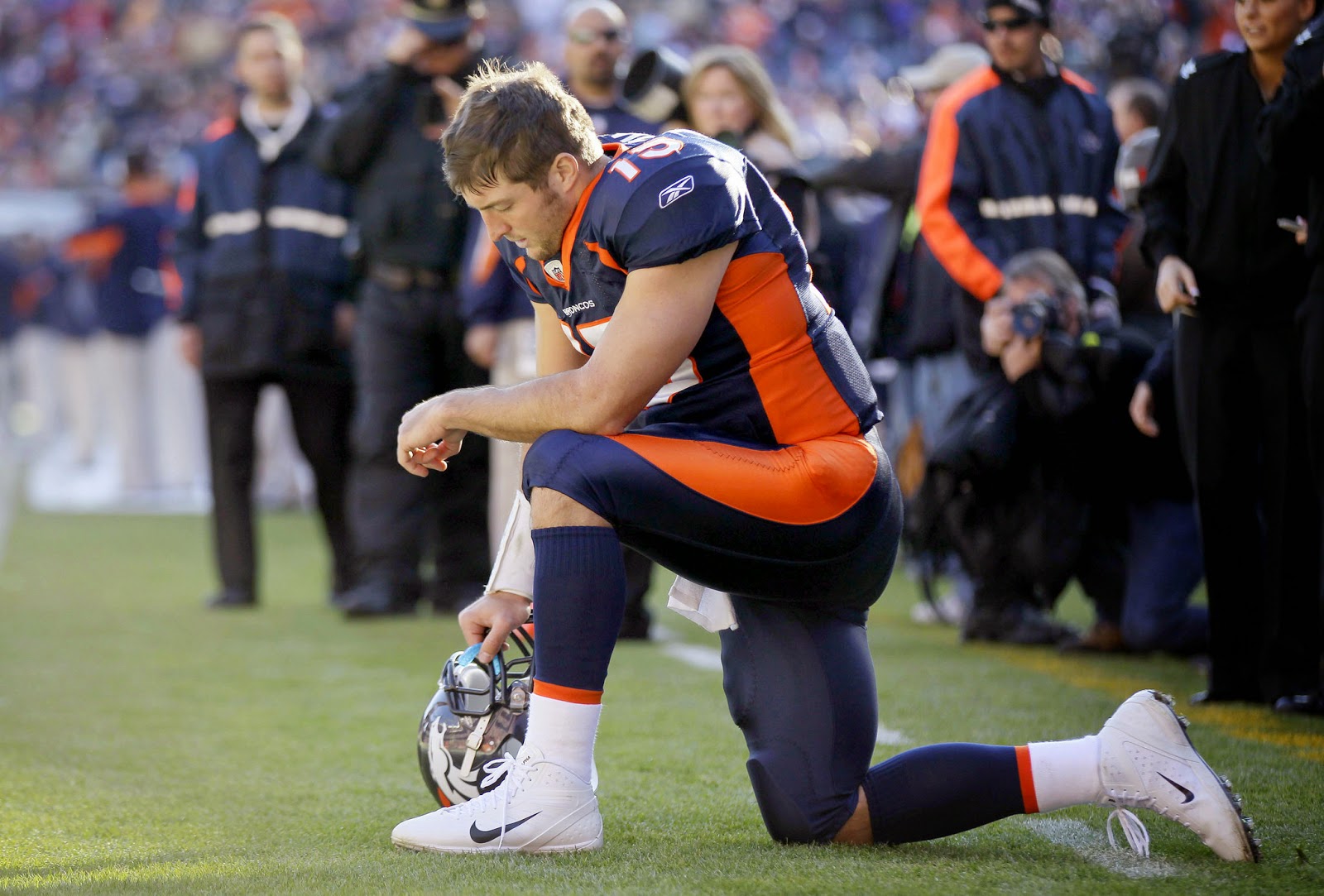 The wild lefty was a terror to defenses, even though he could only complete about half his passes.  But he could run, knock you over, spin away, and basically keep going when you thought there was no way he could.  He was like a less NFL-ready Ben Roethlisberger, a QB the size of a tank who it takes three guys to bring down.  And Tebowing, let's not forget Tebowing.  Timmy's prayer pose took the nation by storm and had us all bending a knee in mockery.  But again, what fun it was to ride along with Tebow, to see him score, to see him kneel, to watch him run around in circles or barrel over a couple cornerbacks. 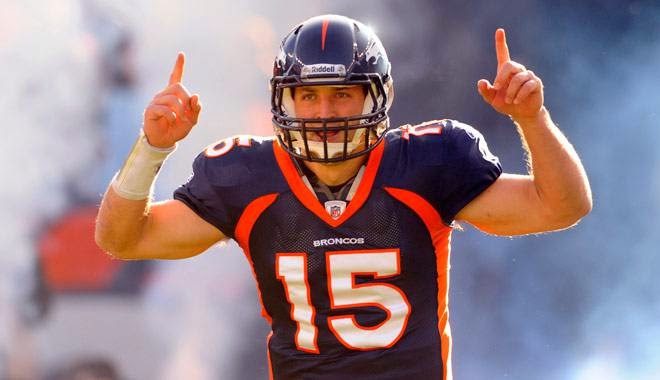 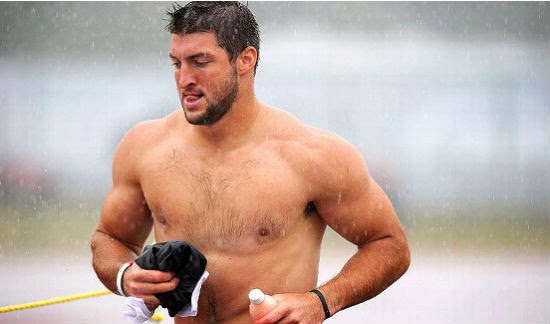 And, of course, the guy is good-looking.  That always helps when rooting for an athlete, you like your favorite player to be handsome & gifted, someone to idolize I guess, even if it's subconsciously.  Tebow knew how to put on a show, getting pumped up after a TD, running around with his shirt off, commercials, appearances; the guy was everywhere.  And then he left Denver, headed to NYC for an ineffective stint, over to NE to do even less.  Now he's out of the league, but I do wish he'd come back.  Not because he's excellent, not because he's a better option, but because he's fun to watch.  He's a winner, a spark plug, a icon, an unconventional QB, someone who I'd welcome back on my team any day.