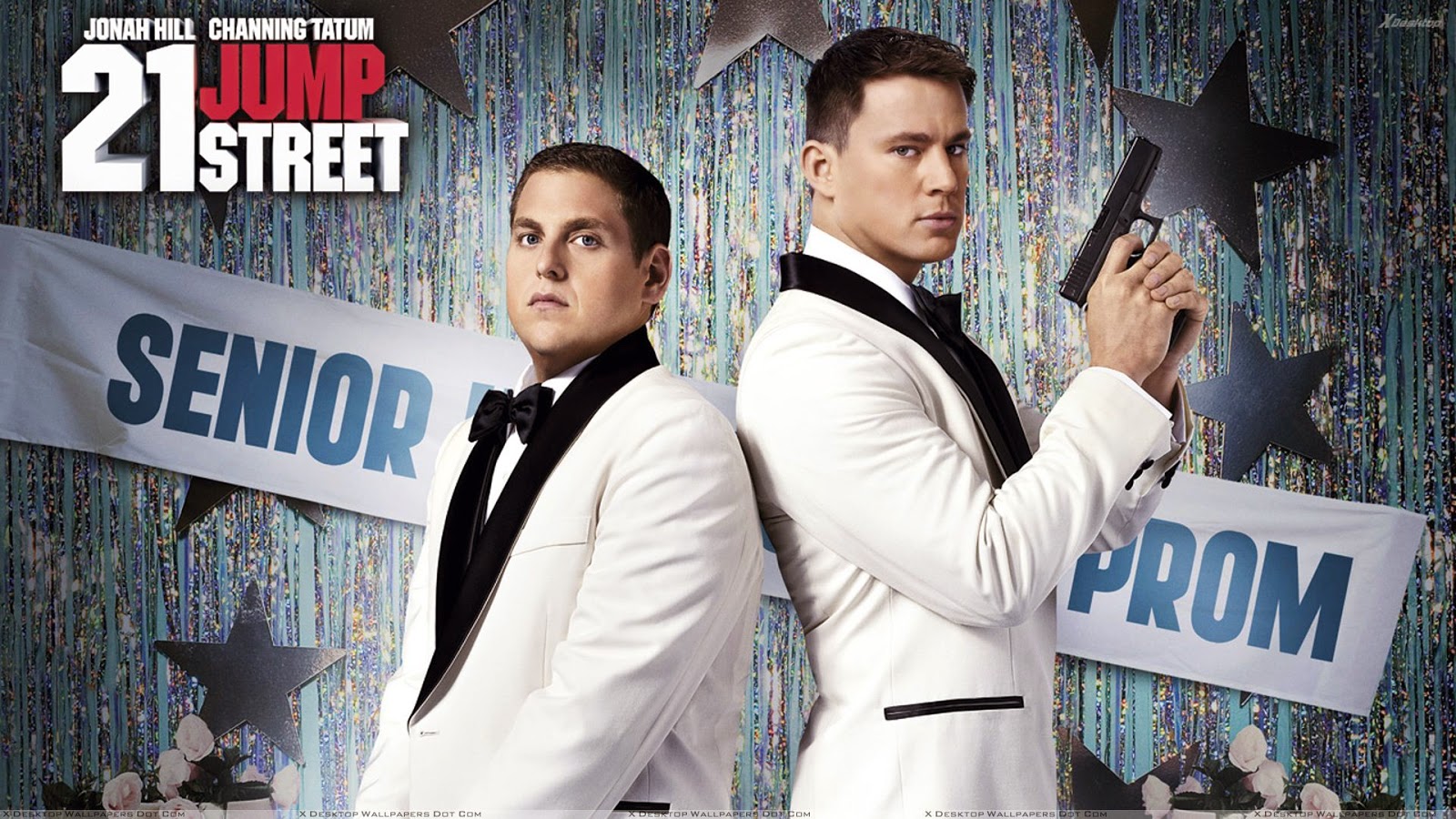 
You can't love movies and like Channing Tatum.  He's one of those pretty actors who represents the very worst of Hollywood.  His movies are a mix of sappy rom/com and throwaway action, films that have only one goal; to make a quick buck.  And on top of that he seems like a tool.  I'm sorry, but you can just tell.  I know that's a me problem and not everyone feels that way, I simply don't like the guy.  But recently he's had me rethinking my position.  A bit part in This Is the End, a voice in The Lego Movie, an upcoming role in Foxcatcher; I like the way he's heading and I wonder if his douchey days are behind him.  Well, he's still going to be a pointy-eared bounty hunter in Jupiter Ascending, which I think looks terrible, so maybe I'll wait to bit before pronouncing his ways changed.  But watching him in 21 Jump Street does give me hope.  Yes it's a stupid comedy, but it's better than you might think, and Tatum brings his a-game, for whatever that's worth.

As someone who never watched the TV show, my slate was clean for what will be a partially classic setup for some.  Police officers Schmidt & Jenko are partners who hate their boring park patrol jobs.  They weren't always friends, leading two very separate lives at the high school they shared, becoming close in the academy when they realized that they could help each other out, Schmidt being the brain & Jenko being the brawn.  Now, after a major screw up, the duo has been demoted to Jump Street, an undercover division specializing in high school operations, using young-looking officers to infiltrate crime rings that no one else can touch.  So back to school they go, but things are different these days.  The cool kids are eco-friendly, tolerant, tech-savvy, and super smart.  In order to bust up a modern drug ring, the officers will have to convince the students that they're on the level, that they can be trusted, and that they're 17-year-olds too.

It's funny.  I'll go on, but there's not much more that needs to be said after that.  21 Jump Street is a funny movie that doesn't aspire to be anything greater, a comedy that does its job but won't blow you away with anything original.  The humor is part crass, part drug-related, part high school memory, and is always quick & easy.  Ice Cube as the angry captain, Nick Offerman the angry deputy chief, Jake Johnson the angry principal; come to think of it, most of the side characters are very angry at the leads, but somehow they're all pretty hilarious.  But the stars make the movie work.  Hill & Tatum are a nice comedic pair, not amazing, but solid.  Hill plays the smart-but-insecure part well, while Tatum plays dumb-but-secretly-sensitive.  It works, the film works, and the comedy is ever-present.  Should you enjoy a little slapstick?  Definitely.  A little penis humor?  Of course.  But those who appreciate this genre will find 21 Jump Street right up their alley.  It might be funnier at the beginning then at the end, and my rating might have dropped bit by bit, but I did enjoy myself, did laugh, and would recommend this as a way to kill some time while having a few chuckles.