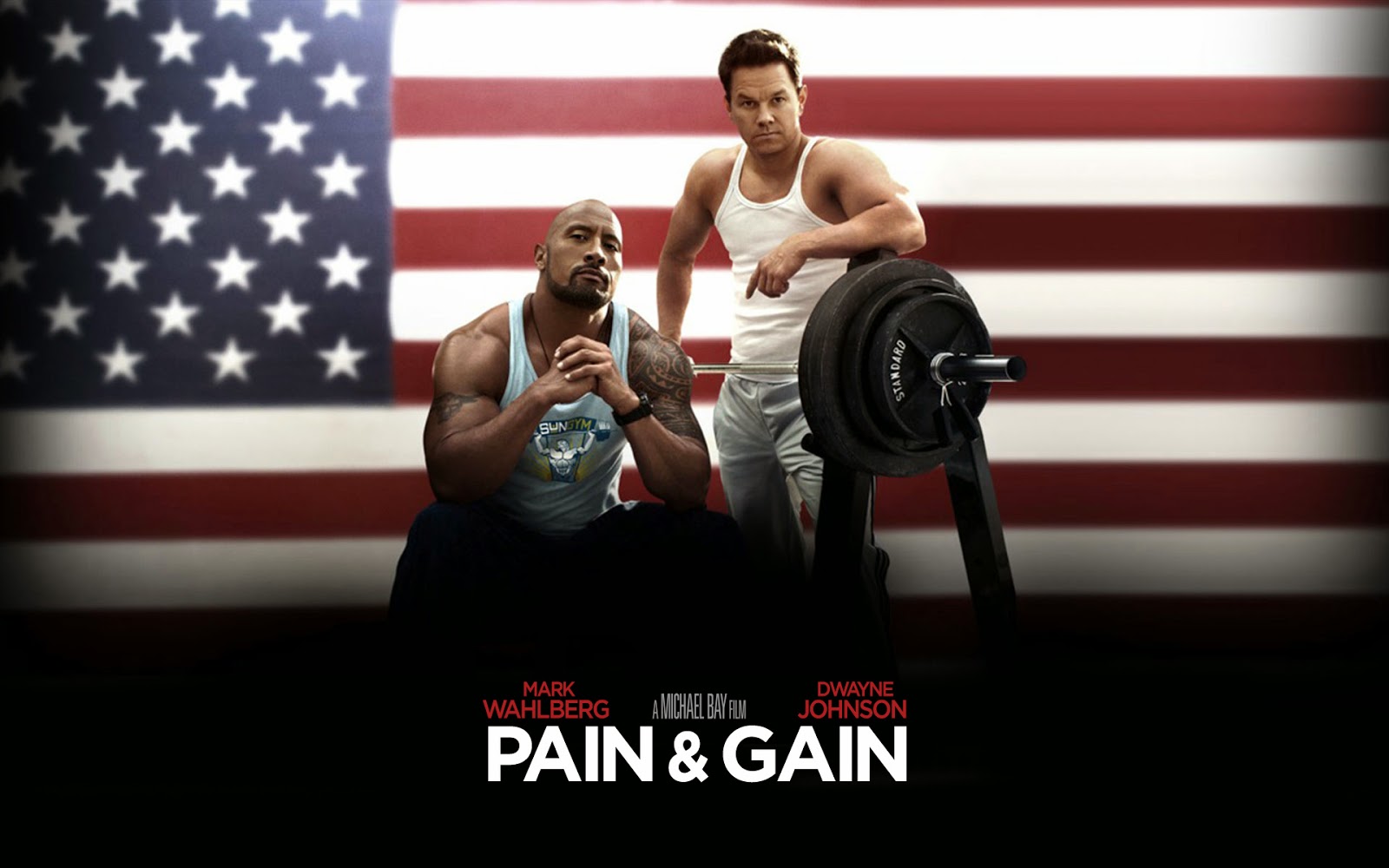 
This might be the first Michael Bay film I've ever liked.  I don't go in for action, and Bay is a director who seemingly measures the value of his movies by how many cars explode.  The Rock, Armageddon, Pearl Harbor, all the Transformers; blockbusters that do it for a lot of people, but not me.  I'm not gonna say I didn't enjoy Armageddon just a little bit, but it's still a bad movie, a mess of story lines and action sequences that rely too heavily on the wow factor and don't really attempt to perfect the finer points of film making.  With Pain & Gain, I felt an effort that I had never seen from him before, a touch that brought together a plot & its characters in a way that was singularly unique & entertaining.  I'm sure Marky Mark helped because, let's face it, he's the bomb, but I give Bay a lot of credit for finally getting it right.

What you're about to hear is a true story, a fact that's emphasized many times in the film, a necessity based on the shear idiocy of the people involved.  It may not be perfectly literal, but it's basically true, and that's saying something.  Meet Daniel Lugo, a bodybuilder, a personal trainer, and a do-er, a man who blindly believes that he's destined for great things.  Also meet his friends, Paul & Adrian, two meat-heads whose addictions to coke & steroids, respectively, have left them cash-without.  So when Daniel hatches a "brilliant" scheme that will get the trio rich, his boys are right there at his side, trusting him to get the job done.  But the job happens to be kidnapping a millionaire, forcing him to sign his wealth away, killing him, and then living his life as if nothing has happened.  Sounds like a lot of work with a high chance of failure, but that's negative thinking, and Lugo is a positive guy.

The fact that the story is true, however loosely based, is pretty hilarious.  The plot plays out like a manual of how not to be a criminal, what one shouldn't do if one doesn't want to rot in jail.  And yet the characters are so insanely dumb that they are able to convince themselves that what they're doing is smart, a recipe for a dark comedy that is both funny & depressing from the first scene on.  Bay does an incredible job directing the film, with pauses for comedy, fast-paced action when it's called for, real character insight, and a hint of originality that is lacking from his other films.  But it's the cast who create the magic: Wahlberg the mastermind, The Rock his right hand man, Anthony Mackie the sidekick, Shalhoub the target, and even Ed Harris as the retired PI & a voice of reason.  I have never seen Dwayne Johnson do better, Wahlberg was extremely convincing, and the chemistry between all the actors was both impressive and refreshing.  You could say the same about the movie in general really, as Pain & Gain surprised me, caught my attention, an left be highly entertained.