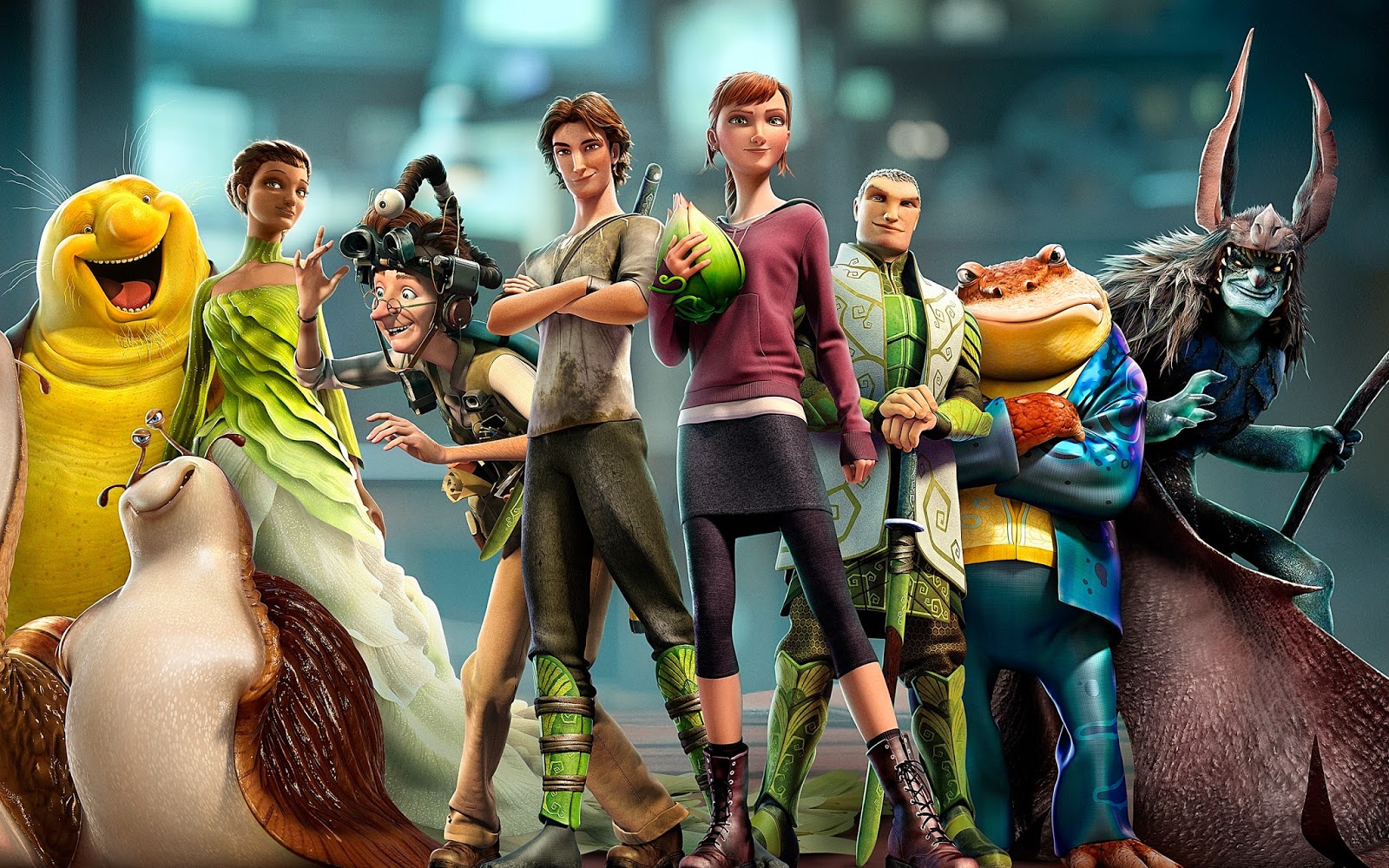 It had been a while since I had seen FernGully; I'm glad someone decided to do a reboot.  Wait, what?  This was supposed to be an original concept?  We're supposed to ignore the shrinking, the saving of the forest, the bats, the comedy, the boy-meets-girl, the evil nature destroyer, basically every plot point from 1992?  I see.  Well, no one ever accused Fox Animation of being any good, despite the success of Ice Age, I guess I shouldn't be surprised that they couldn't come up with anything original to top their other not-so-wonderful films (Robots, Rio).  But I'm being mean, Epic wasn't all that bad, in fact I liked a great deal of it.  It wasn't fresh, there's that, but at least it was entertaining and that's something.

M.K. is a girl torn between two worlds: the old life she knew with her mother and the new life she's been forced into following her death.  M.K.'s father is a bit odd, which is one of the reasons she hasn't seen him in years.  He's obsessed with the belief that there are tiny beings living in the woods, that they protect nature, that they move too fast for humans to see.  Of course this sounds ridiculous to M.K., that is until she is accidentally transported into this minuscule world.  She finds herself in the middle of a battle, good vs evil, nature vs decay, and oddly enough she's an important cog.  She and her new friends, a duo of slugs & a team of Leaf Men, have to protect a special seed pod that will secure the life of the forest.  If the evil Mandrake and his forces get the pod the forest will be destroyed, never to return.  The fight for survival begins!

It's a little silly, but I think they meant well.  Or they meant to steal directly from FernGully and hoped we'd fall for it.  Either way the story is something we've seen a hundred time but always seem to enjoy.  It's the classic idea, humanity ignoring the world around them, not understanding that the tiny details might have big meaning.  So that's nothing new, but it's also nothing terrible.  What was bad were the celebrity voices.  Seyfried & Hutcherson were fine, solid.  Farrell & Waltz were a little out of place, neither fitting his character very well.  But Beyonce, Pitbull, Steven Tyler?  That smacked of desperation and honestly they were terrible.  The movie had great animation, cool sets, nice action; they didn't need cheap tricks & famous voices to make a good film.  But they gotta compete with Pixar, with DreamWorks, and they tried their best, but it just wasn't the same.  Epic is a good kids movie with some nice parts, but overall it doesn't stand up to the new animated classics that we love.