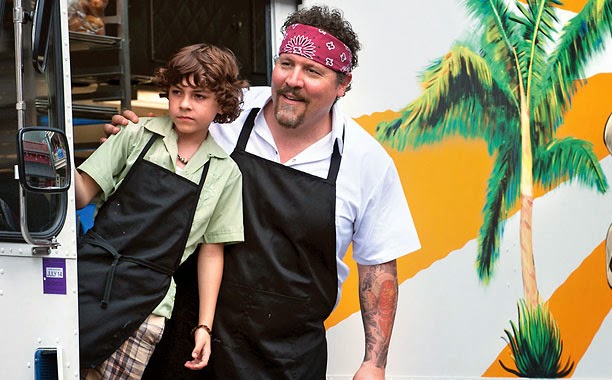 
I first heard about this film on Top Chef.  In case you're not familiar with the show, it's a cooking competition at the end of which one chef takes home a grand prize after many difficult challenges.  Often they invite guest judges onto to show, including L.A. food truck guru Roy Choi.  On one particular episode, Roy brought actor/director Jon Favreau with him onto the set in order to promote the latter's new movie Chef.  Favreau and Choi worked together on this project in order to bring real world cooking to the big screen and to tell a fictional story in the most realistic way possible.  Sounded like a cool idea at the time, and I was excited to see a Favreau-directed film based on a topic that I was quite interested in.  Perhaps it was the pairing of the two talents, but the movie succeeded in both making my mouth water and pleasing my critical eye, delivering a story that felt real in a way that many true stories can only dream about.

Carl Casper has plateaued.  Once a promising young chef, he's now been working at the same restaurant for years, producing the same food every day and losing a bit of his creative spirit in the process.  He's divorced, has a son that he doesn't have time for, and isn't really enjoying his current life.  So when the owner of the restaurant refuses to let Carl cook new food and when a local critic gives the boring menu a bad review, Chef Casper flips out.  He goes on a tirade that goes viral on the Internet, loses his job, and finds himself with no vision for the first time in his life.  But with the help of his son, his ex-wife, and his sous chef, he's about to get back on track.  After flying to Miami, Carl buys a food truck, committing himself to only cooking food from the heart, real local favorites, and having fun while doing it.  So across the country goes the food truck, with the Chef's dreams inside it. 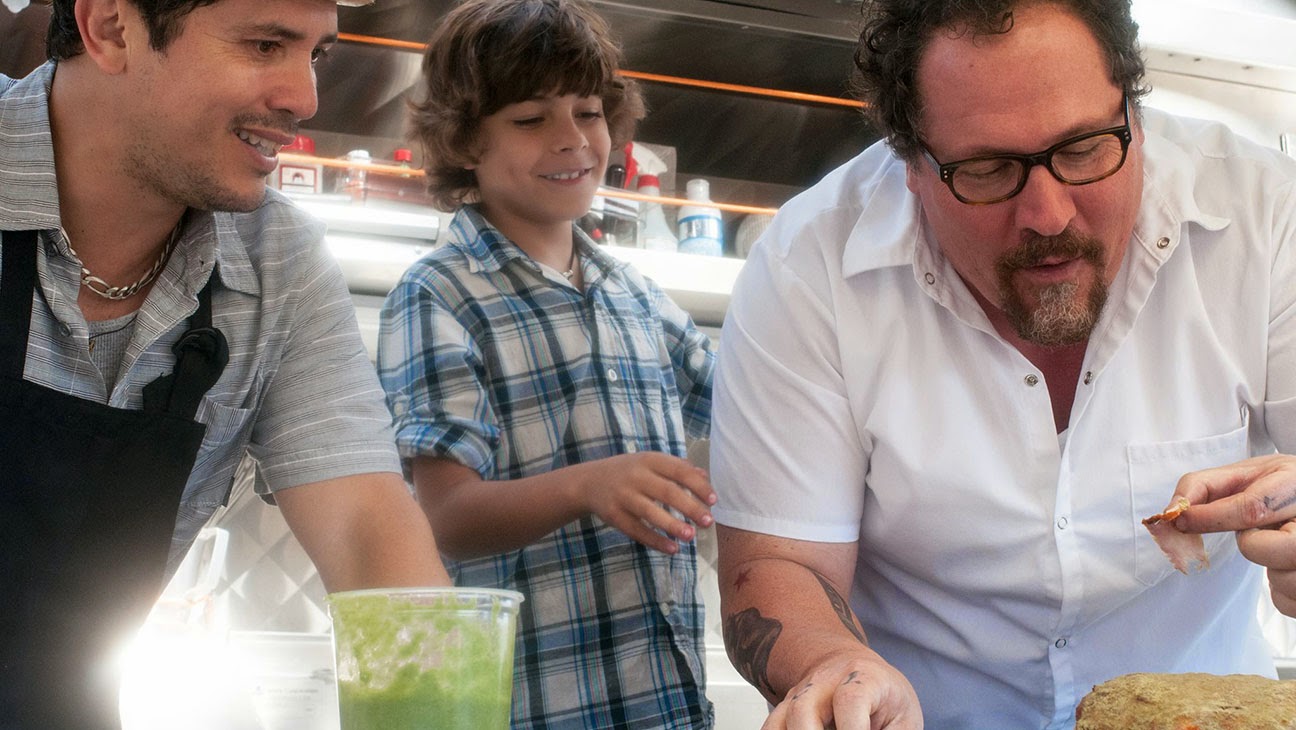 First off, I really like Jon Favreau.  He's an actor who rarely feels Hollywood, who you always root for because in many ways he's just a normal guy.  He's not a heartthrob by any means, nor is he hilarious, but there's something about the guy that's approachable and likeable.  A lot of people would say the same about the movies he directs (Iron Man, Cowboys & Aliens), though I'm not a fan of either of those.  I prefer him as an actor, even in the stupid movies he often finds himself a part of.  But Chef is different, as he writes, stars, and directs, taking full control of the film and putting a lot of himself into the story.  Perhaps that's why it felt so believable and so honest, because it had a lot of soul poured into it.  It sounds corny, but I kept having to remind myself that Favreau wasn't a chef, that this was just acting, that it wasn't real life.  But that kind of attention to detail and that hands on approach really helped make the film successful in many different ways.

Perhaps the best part about the film was the food.  So many scenes showed the chef lovingly crafting meals, not only for customers but often for the people he cared about in his life.  It was his way of showing them that he loved them, by taking time to create a meal that they would love.  A lot of time was spent showing fresh ingredients, recipes in process, food cooking slowly and beautifully.  Even the sound made me hungry; the sizzling of butter, the crunch of a gourmet grilled cheese sandwich.  The film was a homage to food and the crafting of great dishes, to the talent & effort that excellent chefs exhibit every day all across the country.  But you don't have to be a foodie to enjoy the film, there was more to hook you.  A good father/son story, some nice acting by the side characters, a cool soundtrack, locations across the nation; it was a film that celebrated the best of what our country has to offer, from its diversity to its cuisine.  Chef, in many ways, was a feel-good movie.  Soul food, heartwarming drama, people happily following their dreams; it wasn't all fun & games but the overall arc of the story was a positive one and left me feeling good.  I guess that's what great food should do, and great movies too for that matter. 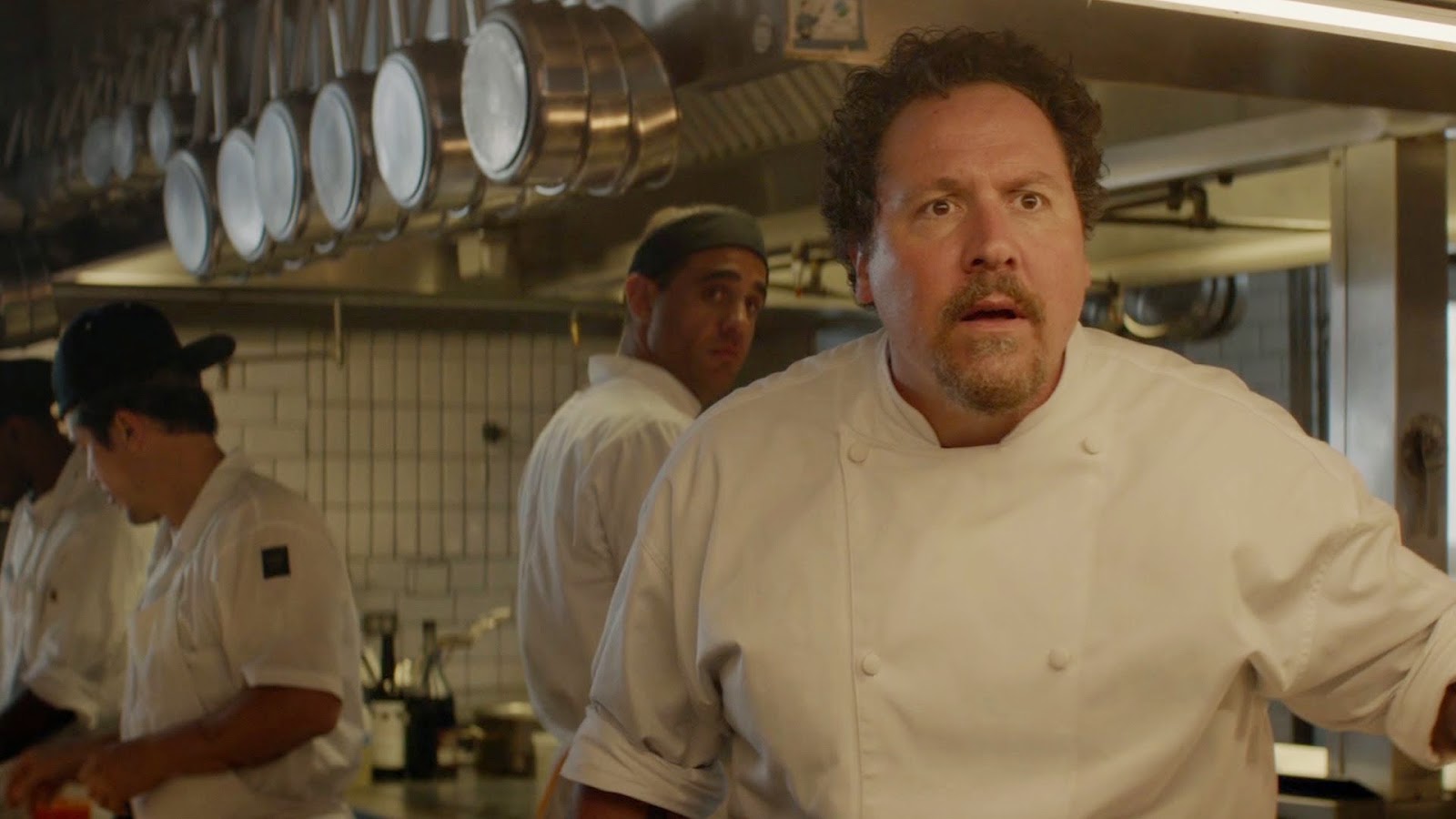