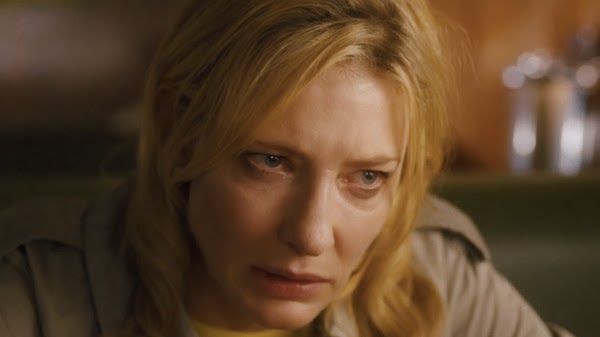 
Not since Hollywood Ending in 2002 have I enjoyed a Woody Allen movie.  For his past work I give him all the credit in the world and I think I'd list him as one of my favorite directors, but his new stuff just doesn't work like his old stuff definitely did.  When he could cast himself as the lead, put his neurosis right out there on screen, that was magic.  Manhattan is a five-star film in my book, Annie Hall, Small Time Crooks, great movies.  But he lost something when he got too old to be a star, when he started trying to write his emotions into other actors.  I avoided Match Point and Scoop, hated Vicky Cristina Barcelona, thought Midnight in Paris failed, and only barely liked To Rome with Love.  But I really thought Blue Jasmine would be a swing in the right direction.  A great actress, Oscar buzz, a fresh take.  Too bad it felt just as disconnected as all the recent Woody Allen films and ended up being just another mediocre movie from a director who used to be anything but.

Jasmine has hit rock bottom.  She used to be rich, happy, and living the dream.  A successful husband, a penthouse on Park Avenue, furs, jewels, parties, vacation homes; not bad for an adopted girl who never finished college.  But she put too much of her trust & life into the man who swept her off her feet, and now she doesn't have a leg to stand on.  Her husband has proven a crook, she has lost everything she owns, and is now desperate just to survive.  And so she moves to San Fran to stay with her sister Ginger until she gets back on her feet, until she regains control after what can only be called a mental breakdown.  But Ginger's simple life is quite different from Jasmine's old pampered existence and conditions might not exactly be conducive to Jasmine patching her cracked psyche back together once again.

No one can play Woody Allen like Woody Allen, not even Cate Blanchett, who won an Oscar for this role only because she had zero competition.  She gave it her best effort and delivered a solid performance, but Woody writes these parts for himself, even if he means not to.  It's supposed to be him losing his mind on stage, taking his pills, freaking out over the little things.  Having another actor do it for him just doesn't work, and so the movie as a whole doesn't work.  It was basically 100 minutes of Jasmine going crazy, making up lies, not adapting.  It was interesting right at first and I did chuckle a few times, but nothing ever really changed and nothing ever really happened.  In the end I was left feeling like I had wasted my time, that I hadn't seen anything except a weird story told fairly well.  I didn't hate the film, not at all, but the next time Woody Allen comes out with a movie I might think twice before I see it; he may have lost his touch.