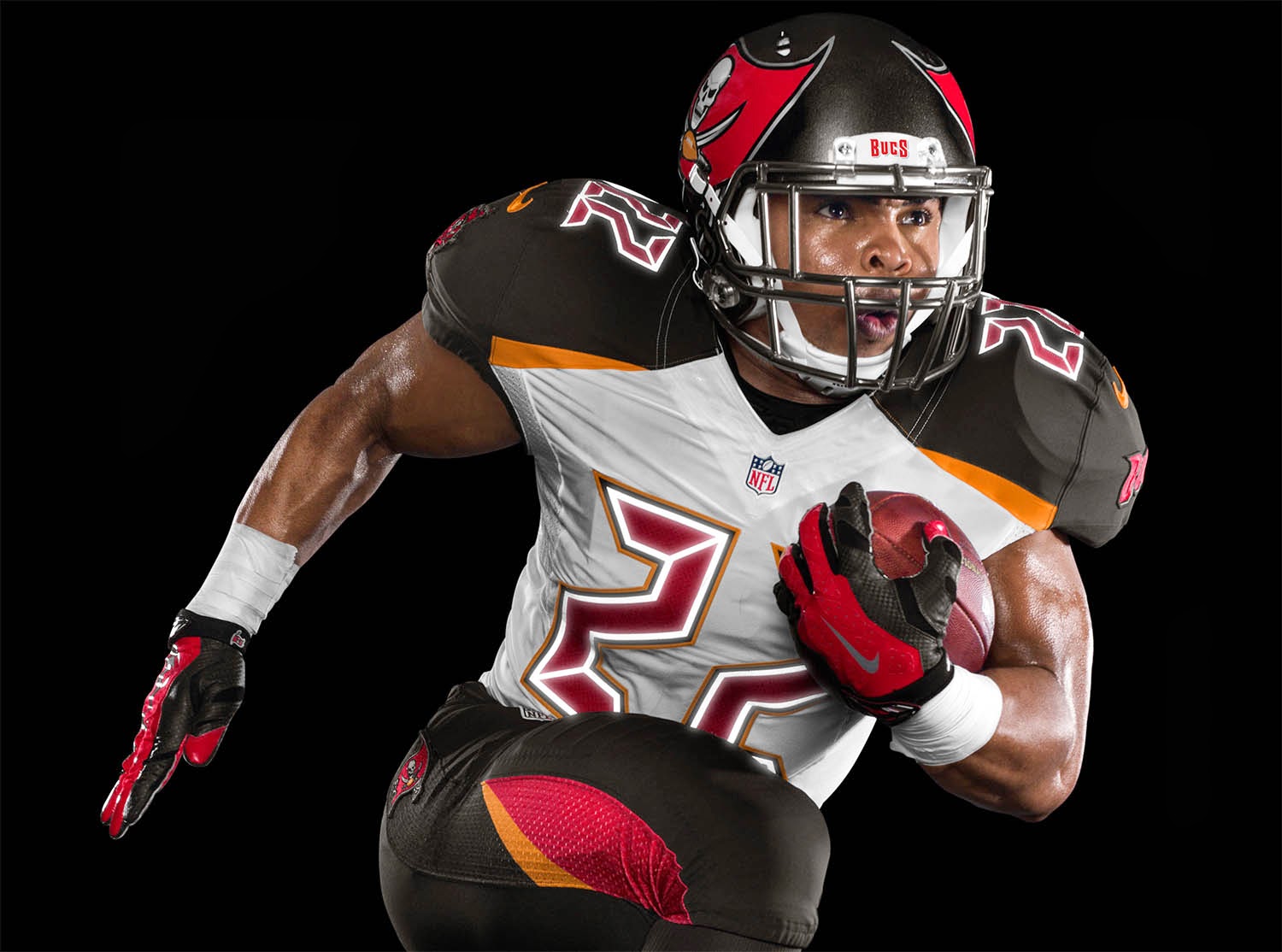 Around this time last year I was taking a look at the uniform changes in the NFL.  We had the Dolphins & Jaguars making pretty major changes and the Vikings making some tweaks.  This year the only team making any noise is the Tampa Bay Buccaneers.  Their new look is causing some stir.  Some people like it, some think it's a hideous transformation.  Here are a few pics, take a look, and decide for yourself.

Gone is the pewter, back is the creamsicle orange, if only in a very small amount.  People really hate that orange.  But what they also seem to strongly dislike are the graphic numbers.  They are quite unusual and won't really fit in with every other team.  I guess that's my biggest concern; that these uniforms won't feel cohesive when matched up opposite any other team's. 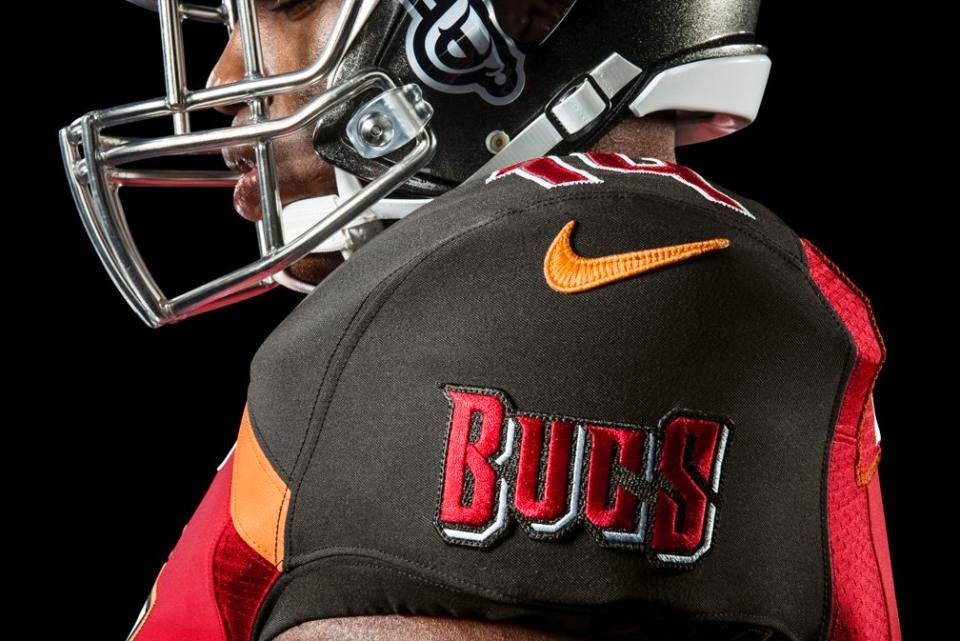 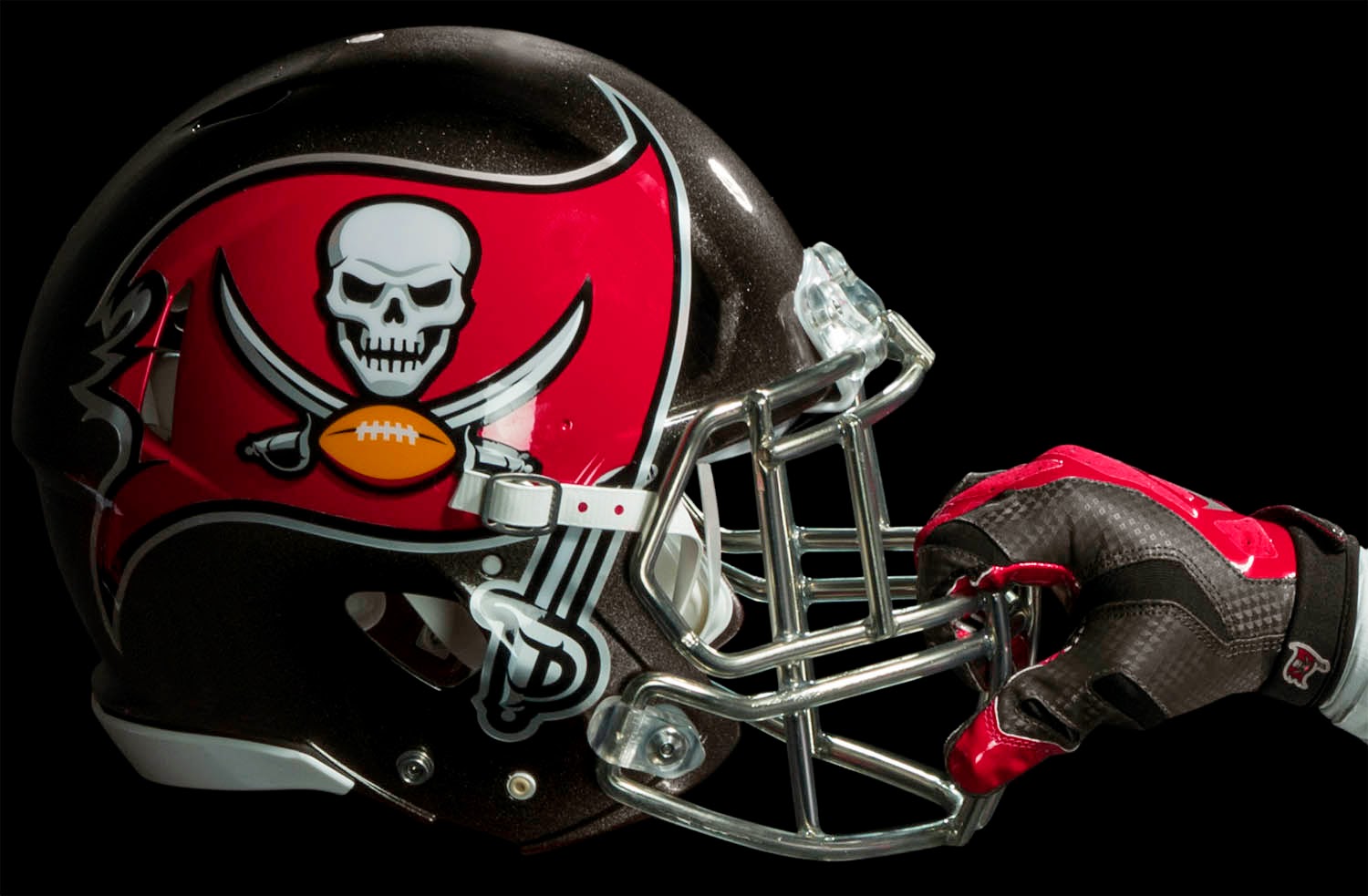 That flag on the helmet is definitely large, taking up the entire side.  All in all I don't think they're ugly, but they look more like uniforms I might create in a video game and not like professional football jerseys.  Or actually, they look a little like the Las Vegas Outlaws of the old XFL, which was my favorite team.  He Hate Me! 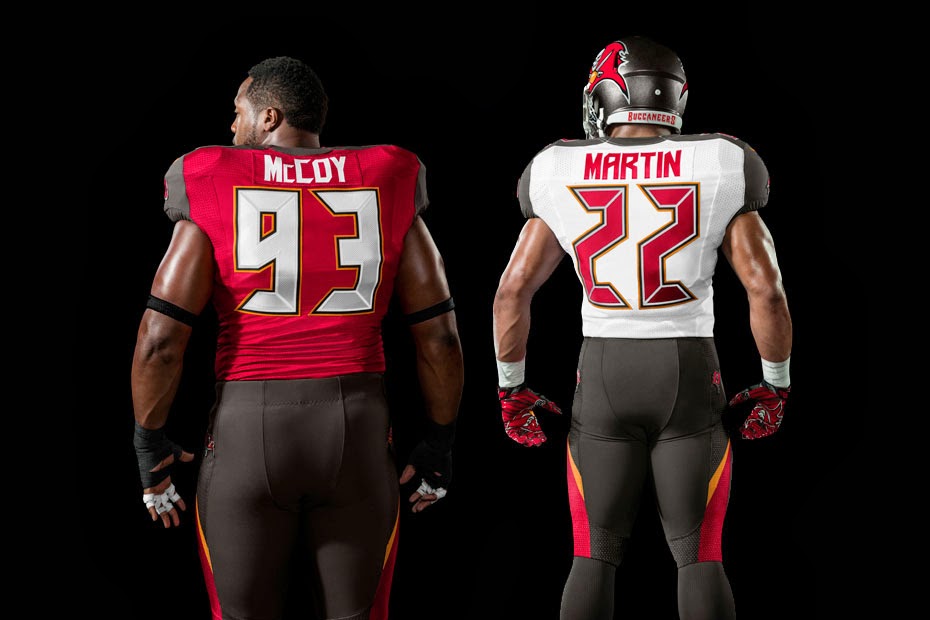 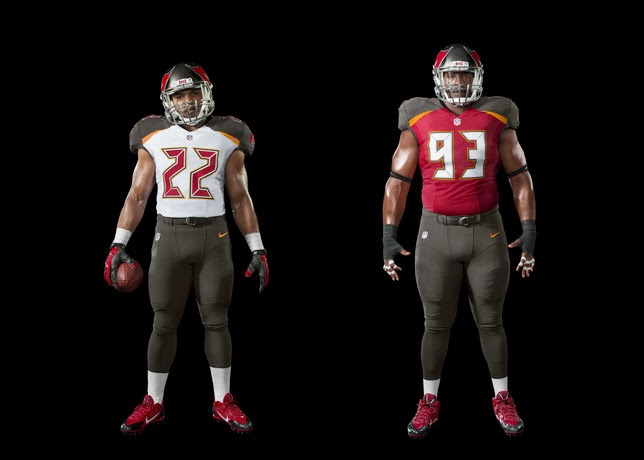