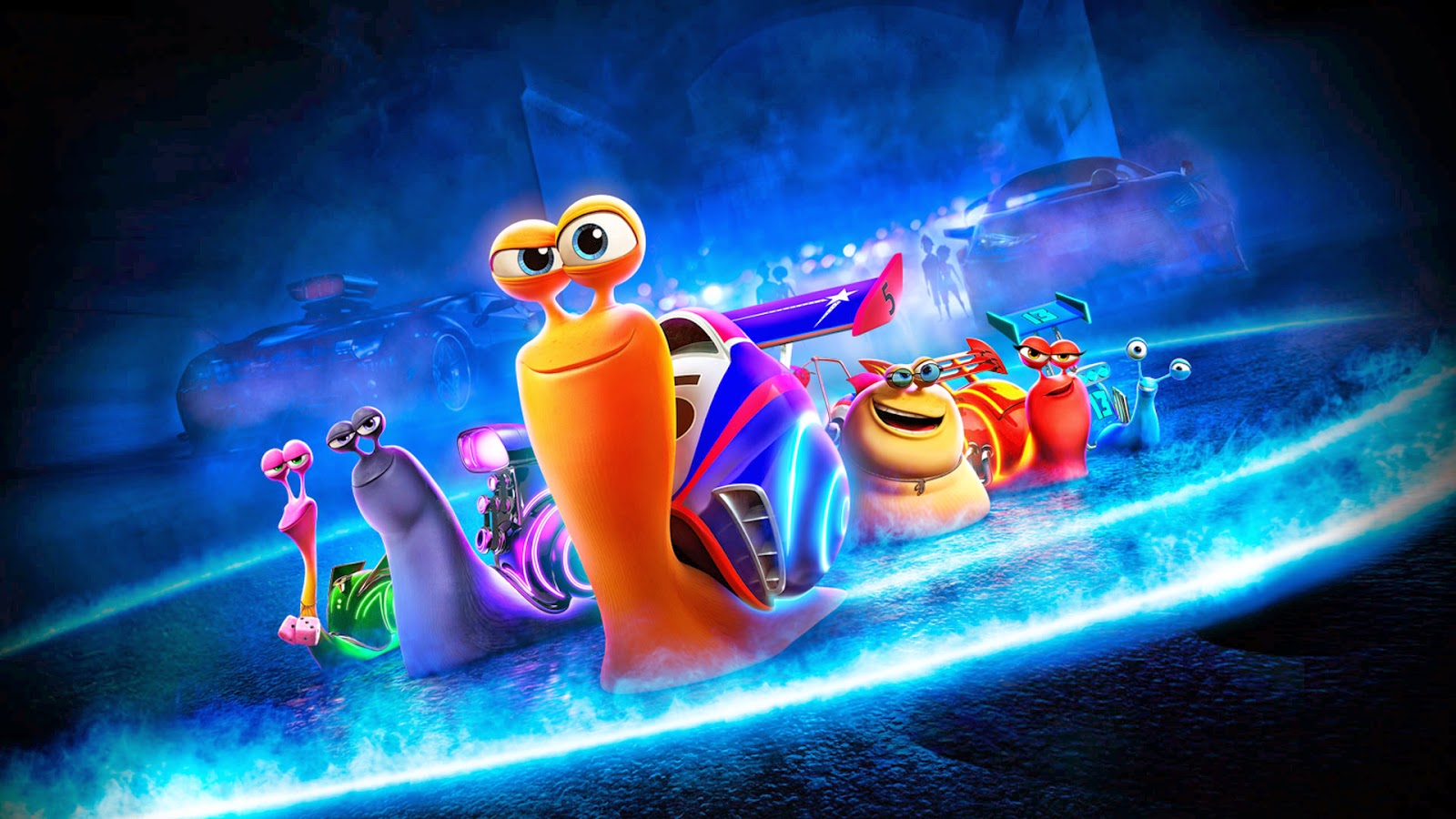 Cashing in on the success of Cars are we?  Pretty smart of DreamWorks to make a similar movie with a little twist; racing snails instead of racing cars.  But when I first saw the trailer, I thought it just might work, even though I like Pixar stuff much better.  Turbo looked cute, a little funny, and I actually thought the voices might work; who doesn't love Ryan Reynolds?  So I decided to give the movie a chance, watch it with my daughter, and see how it stacked up against other animation of this type.  Turns out it held its own, even while stealing quite a bit from other films, delivering a fun time that's often heart-warming, occasionally funny, and consistently cool.

Turbo is a racing snail at heart, although only he believes it.  The rest of his community think he's just a dreamer, including his brother Chet who only cares about safety, never about Turbo's passions.  But that doesn't hold him down; he trains, he plans, and he hopes to someday get his chance to be the snail he knows he is deep inside.  And when Turbo is accidentally submerged in Nitrous Oxide, he gets his chance.  Suddenly he's fast, ridiculously fast, and his dream of racing finally seems possible.  When he's discovered by an equally imaginative taco truck driver, the pair embark upon a journey towards stardom, a trek that their respective brothers don't respect at all.  But Turbo & Tito won't give up, traveling across the country in pursuit of their destiny, whatever the cost.

The beginning of the film was a good sign that was proven right but the remainder of the movie.  It started in a garden with snails working at a "tomato plant".  It was clever, funny, and awesomely animated.  I could have watched ninety minutes of that small world, but of course the movie had bigger things in mind.  The message became the important part; believing in yourself, supporting your friends, never giving up.  And that came across really cleanly without too many subplots.  There were some silly added characters and unnecessary moments, but overall the film was pared down to Turbo & his brother, Tito & his brother, parallel stories that taught us the same moral.  And with great visuals and cool scenes, the story supported the point.  I wouldn't put Turbo up there with Finding Nemo or Monsters Inc., but it's not miles behind.