DVD Review - The Man Who Will Come


When you're an Italian WWII film you're going to be compared to Life is Beautiful and found lacking.  That's no criticism; most films fail to life up to the tragedy & perfection of that movie, regardless of genre.  But I think it's safe to say that Roberto Benigni damned the future of Italian cinema, at least when it comes to war dramas.  That doesn't stop them from being made, nor does it force them to be made poorly, but it does set a fairly unreachable standard.  The Man Who Will Come at least takes a different approach, presenting the war from the rural point of view, leaving out the Jews and the Axis and focusing on the every day normalcy of life that does indeed go on, despite the terror occurring around every corner. 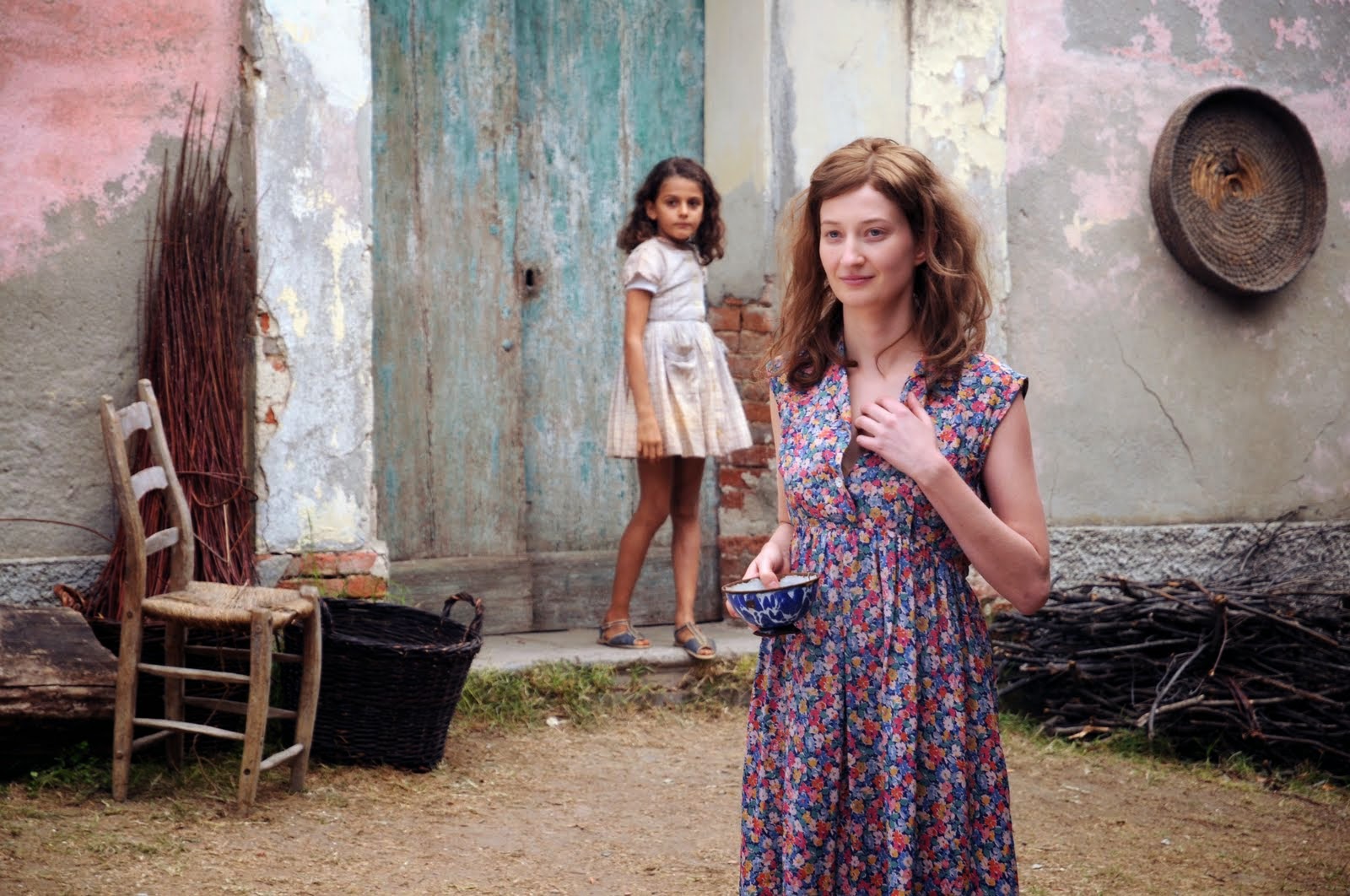 Italy in 1943 is a time of the Fascist regime, a time when the country fights alongside its allies in the World War, but also with itself.  The Partisans struggle to rebel against the Nazi occupiers, hiding & moving & sneaking & attacking whenever and wherever they can.  They live in the woods of the countryside, relying on the kindness of the local people for survival, a people who are as torn as the country.  These simple farming families want only to survive, to keep their children safe while the war goes on around them.  Bombings, soldiers, manifestos; these are now part of their everyday lives, no more or less important that making baskets, tending the livestock, or moving hay.  These farmers must learn to coexist with the Nazis and the Partisans both, providing food, offering aid, and ultimately keeping their heads down.

Martina is not one to keep such a low profile.  Although she hasn't spoken since the death of her brother, she sees & hears all.  She's a wild child, always dirty, always in the barn or forest or fields.  Through her eyes we see the members of her family living day to day amidst the historic events that are happening in the world outside their tiny existence.  Martina's aunt yearns to dance, her grandmother runs a strict house, her father worries for the farm, her mother is pregnant with a new brother.  And at all times war hangs over the village like a shroud, a darkness that cannot be ignored.  When the Partisans begin to grow in number and become bolder in their attacks, it's just a matter of time before the Nazis retaliate in force.  But for the townspeople, that just means another trip to the church, a place of safety in the chaos, a place where they are sure to weather out this terrible storm. 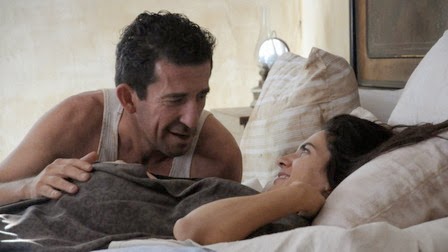 This was a movie of two halves.  And I find that to be true of so many movies, that they so often have such an incredible shift about half way through, denoting two acts that more often than not have very little in common.  Thankfully, after watching the film in its entirety, The Man Who Will Come unites its halves into one solid film.  In the first act, the story is set.  We meet the characters, we see their lives and their environment, we begin to understand the difficulty of their existence during such a pivotal point in world history.  But writing that down is exponentially more exciting than the actual action of the film.  The characters are only minimally introduced, the war is only painted in sketchy details, and the pace is very slow.  I was preparing myself to deliver a low rating, because, although I like movies that allow me to think & feel for myself and don't say too much, I usually like them to say something.

And like a savior the second act swoops in and revives the dying plot.  I do still think that the two halves were too separate, presenting audiences with entirely unrelated emotions and risking loosing the crowd.  But the second act redeemed the first and hooked me in a way I was sure couldn't be done by this film.  It was full of action, of tragedy, of insight, of bravery; basically the things that I like about WWII drama.  Call me an action junkie if you will, but when I watch a war movie I want a little bit of war.  It's not Saving Private Ryan by a long shot, the story is still centered on the one family, but the pace picks up in a way that really saves the day.  And it actually makes the first half better in retrospect, making it seem as if the film was just taking its time, reeling you in, before tearing down your world.  In the end, this is a well-made Italian war story, one that changes the focus but doesn't lose the intensity of the moment, and it's worth seeing.

Video - With an aspect ratio of 2.35:1, the video is of the highest quality.  The film was shot using a Panasonic AJ-HPX3000 camera with Zeiss Ultra Prime lenses.  The picture comes across with perfect clarify and color, allowing every shot to be focused on pleasing the eye.  The countryside lent itself as an excellent backdrop, with many outdoor scenes and a great use of the sun.

Audio - The disc was done in Dolby Digital, LtRt Stereo.  The spoken language of the film is Italian, with an option to turn on English subtitles.  There are no other audio choices.  The sound  quality of the movie was fine, with a subtle & minimal use of any noise or song.

Extras - There are only two extras on the DVD and both are trailers: The Man Who Will Come & All That I Love. Recommended.  If the beginning of the film dragged, the finale more than made up for it, and perhaps proved that the filmmakers knew what they were doing all along.  A film in two parts, The Man Who Will Come is an original take on an overdone time period, one that starts slow but finishes with a bang.  The video was wonderful, the audio just fine, and there weren't many extras available.  History buffs and those who can be patient will both be rewarded with a solid film.