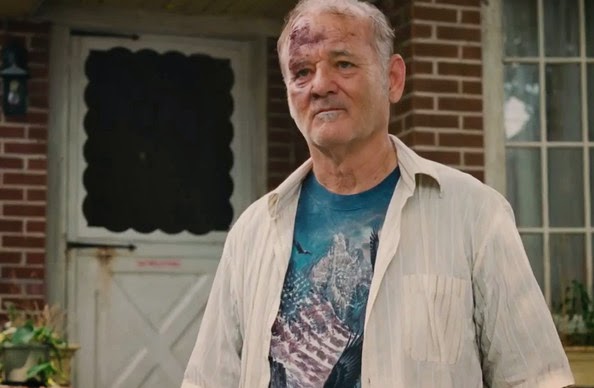 Bill Murray has a free pass in my book.  He's done so much with his career and given us so many hits to love until we die that he gets the benefit of the doubt in every film going forward.  That might not be fair, but he's earned it.  Meatballs, Caddyshack, Stripes, Ghostbusters, Scrooged, What About Bob?, Groundhog Day; classics all.  And then in his later years Rushmore, The Royal Tenenbaums, Lost in Translation, Hyde Park on Hudson;  visceral roles that proved that he's much more than a funnyman.  But there's that old adage "what have you done for me lately?" and I think that applies here, as Murray hasn't had any big successes in the last few years, unless you count The Monuments Men as a success and I most definitely do not.  So I was interested to see what he would do with a major role, one that forces him a little out of his comfort zone, a character that is as old & angry as a recurring nightmare.  And although it doesn't matter since he's already won my respect, Bill Murray pulled off a pretty impressive feat; he shone in an otherwise oppressively dull film.

Oliver & his mom Maggie have just moved into the neighborhood.  After a messy divorce, they needed a place to start fresh, though things won't be easy since Oliver's in a new school and Maggie works long hours at the local hospital.  They need a babysitter, someone to watch the smart little tyke after school, and that's where Vincent comes in.  Vin is more the devil than a saint, despite what the title of the film says.  He's a heavy drinker, a poor man who can barely feed his cat, a gambler who's in deep debt, a sad veteran who keeps all his issues bottled up inside, ready to explode on the next person who pisses him off.  He's also a weekly costumer of a pregnant Russian prostitute named Daka.  Not the greatest role model for a little kid, but beggars can't be choosers.  And ultimately, perhaps the jaded wisdom of a man who has made more mistakes than good choices will teach Oliver a few lessons about life, about what it means to be a good person, and about how little control you have over this wild & sometimes wonderful adventure. 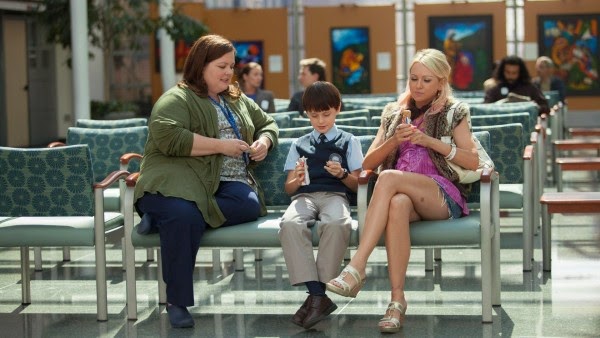 Without Bill Murray St. Vincent would have been hell.  It's a story that comes off as very forced, without a single believable piece in the whole script.  The boy, though well-acted for that age, is more a focal point than a character, a sun for the other characters to orbit around, a story-teller or at least a story-observer.  Naomi Watts as Daka the lady of the night is just silly.  Her Australian turned Russian accent is strange, as is her perpencity to calls sex organs "ugly parts".  It's a throwaway role at best, one that did very little for the plot.  It's Melissa McCarthy who lays the real egg, failing to make Maggie likable, relatable, or even watchable.  She's a bad actress who isn't even allowed to attempt to be funny, something I'm not sure would have been a success anyway.  With all these badly developed characters, the plot & the pace just felt off, a little too bumpy and unsupported.  I was left feeling that Theodore Melfi, who wrote & directed the film, was in way over his head.  But luckily he had someone to save his picture from total disaster.

That person was of course Bill Murray; a legend, a genius, a miracle worker.  He single-handedly saved the movie from drudgery, lifting it above what it set itself up to be.  He was the only actor who was entirely present, who gave everything he had to a role that may not have been written perfectly.  He seized the character and forced it to be better than how it was sculpted, making Vincent a multifaceted man who we could all relate to in some way.  Murray is considered a comedian, but in the latter part of his career he has proven that he can put aside the silly in favor of a deeper approach, a drama and an understanding of drama that's hard to portray in any movie, let alone one that was destined to fail.  St. Vincent was that, a film with a very low ceiling that was never going to wow either audiences or critics.  Murray took it as high as it could possibly go and for that deserves the entirety of the credit. 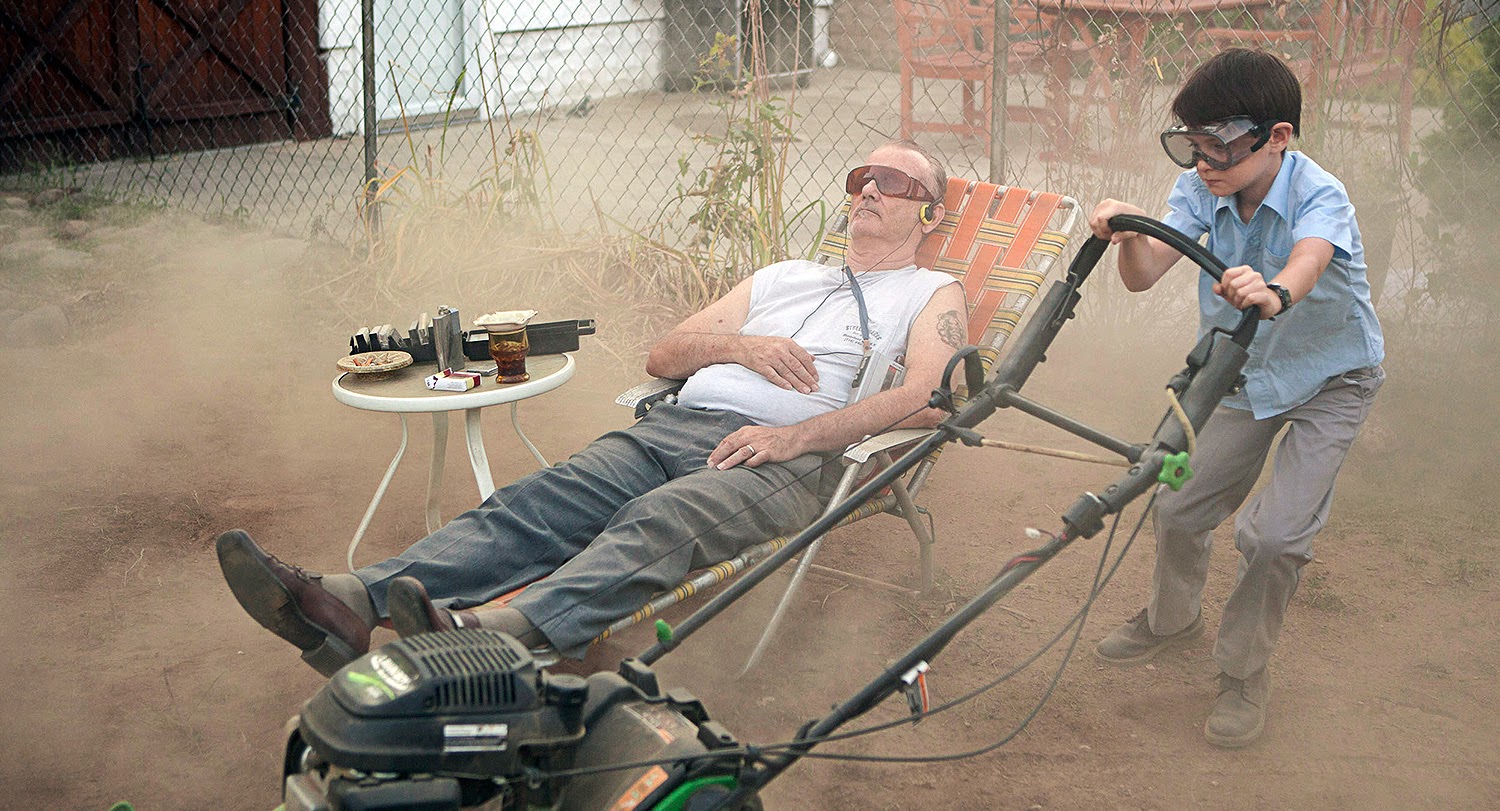