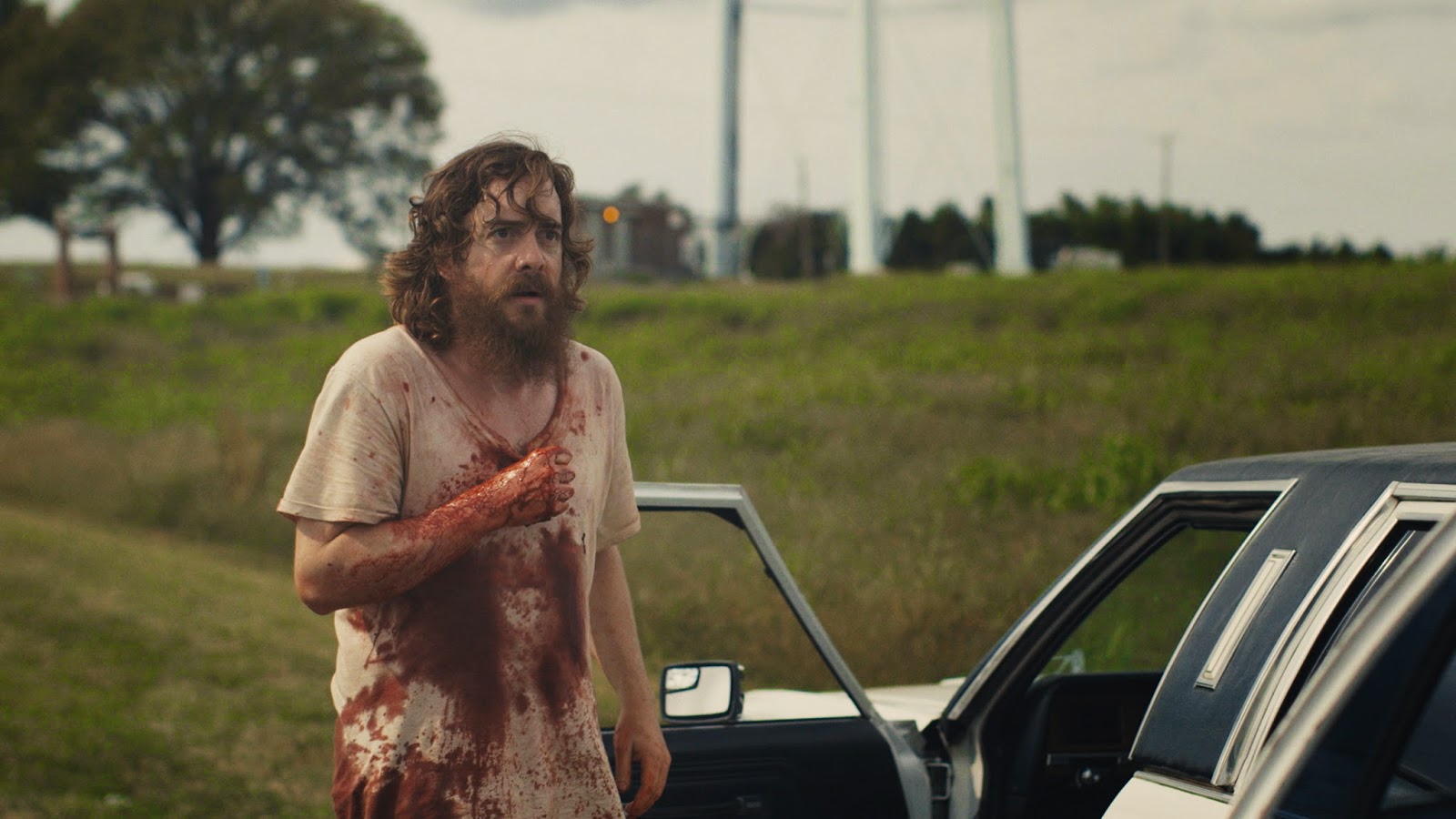 
Indie films have a bit of a recipe.  Combine unknown actors, a simple plot, offbeat music, and you've got yourself a movie that won't cost hardly anything & will surely be called "edgy."  Independent movies are a dime a dozen, all it takes is a camera and some friends.  But to do Indie well takes a little more work.  You've got to toe the line between total Hollywood sellout and complete cult movie that no one will see.  You want to be cool & different, but you also want an audience.  So a recipe is all well & good, but if you can't add in the extra element of entertainment you're never going to make an impact, let alone be seen.  Blue Ruin shows us how it's done, delivering an Indie film that follows the rules but manages not to feel distant & cheap, a movie that's as mainstream as it can be without selling its soul.

When we meet Dwight, he's living in his car.  He's a grubby bearded man who takes baths in other people's houses, guts his own fish, searches dumpsters, recycles cans, and seems to have completely given up.  But news is about to reach him that will set him in motion once again.  The man who killed his parents, Wade Cleland, has just been released from jail.  Wade is part of a large back-woods family who stick together no matter what and don't get involved with the law.  Dwight feels that he must kill the man who murdered his family, regardless of the consequences, which will undoubtedly include the wrath of the Cleland clan.  A meek man by nature, Dwight attempts to become a killer, to plot revenge with a cold wrath, to put his parents' spirits to rest with redemption.

The first part of the movie was incredible.  Dwight was just so quiet, so removed, so lost, and you could see an inner struggle as he tried to carry out an evil that was so far outside his nature.  Not a lot was said, there were some simple & funny moments despite the darkness of the story, and the plot moved along with a speed that was shocking at times.  But as the film progressed, more was asked of the actors.  Dwight began to interact, to defend, to plan, and the story took on the feel of a thriller novel, not an Indie film.  It lost a bit of its magic and became something a bit more typical, somewhat more forced.  By that time I was pretty invested, so it didn't lose me, but I felt the film slip some and not ever recover.  Blue Ruin is a well-made small budget film, a bloody mystery that keeps audiences hooked, even when it loses some of its cool.