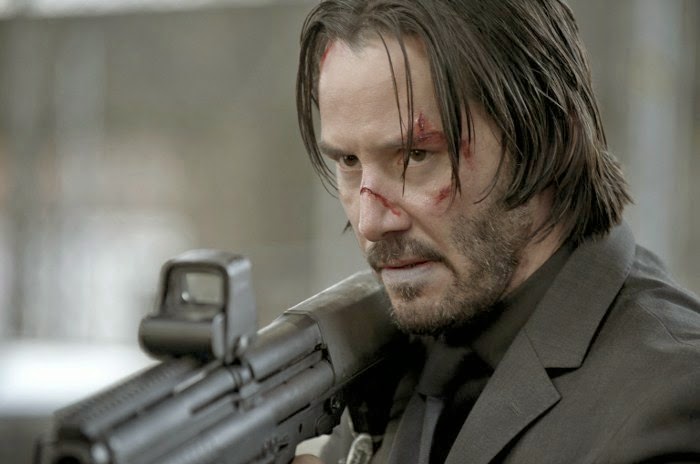 
John Wick seems like the last movie that anyone with any self respect would enjoy.  First off, it's an action movie.  And not just some random flick that might shoot off a few rounds, but an action movie, a film designed specifically to showcase a wide variety of guns on kung fu moves.  It's a story that lends itself only to violence, to fast cars, and to death.  An action movie at it's very core, John Wick holds nothing back.  And secondly, Keanu Reeves is the star.  You remember him, he's that guy with the monotone who used to be Johnny Utah, Johnny Mnemonic, and Shane Falco.  He's not a good actor; he's the Kevin Costner of action movies, a dude whose personality sometimes fits his characters.  The last time that really happened was with the Matrix series, a happy accident of technology and timing.  So here we are, with a high-flying, guns-blazing shoot-em-up starring Neo and a bunch of guys who look like they enjoy getting their faces punched.  Shouldn't work, right?  Well, I'm shocked to say that it most definitely did.

John Wick is a retired ...something.  The details are vague, but let's just say he used to be good at killing people.  Really good.  He's out of the game now though, living with the love of his life, and happy.  But sadly, she dies, John is depressed, he gets a dog, and begins the long journey towards emotional recovery.  Sounds alright, good luck buddy, but things have a tendency to take a turn for the worse.  John is randomly robbed, his signature car is stolen, and his dog is killed.  The stupid kid who led the break-in is part of the crime syndicate that runs the city and has no idea who he just pissed off.  His father does though, Viggo used to work with John, and he knows all about the hell that Wick will soon release on young Iosef.  And so a battle begins, a fight for vengeance and closure that will most likely end in a thousand body bags and a million shell casings, a war that John Wick was born to win. 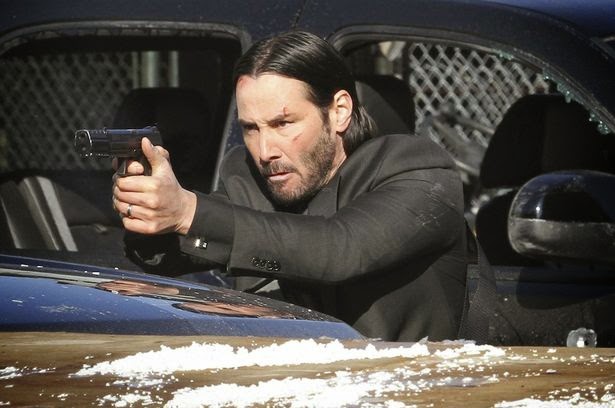 This movie really should not have been good, and I'm the last person who should have enjoyed it, but it was & I did.  What's even more surprising are the obvious reasons that the film worked; you'd think every action movie could do a little bit of the same and not suck.  First, it was over-the-top in an extremely enjoyable way.  The guns were super cool, John Wick drove three different amazing cars, heads were constantly being blown apart, hand-to-hand combat abounded, and the story as a whole reveled in the fact that it was action-packed, bathing in blood with no apologies.  It was like a James Bond video game, a sniper, assassin, first person shooter with a mission and various levels to complete.  Secondly, it was funny.  There were multiple laugh-out-loud moments buried in the chaos, moments of clarity that made the audience appreciate just how out of control this plot was.  And lastly, there was a secret society element that was just plain cool.  This underworld of killers all know each other, hate each other, work together sometimes, viciously plot often, stay in the same secret hotel, and are a part of some brotherhood that we only get to see the surface of.  Leave 'em wanting more right?  I could watch a second movie right now if I'd get to learn more about this imaginary culture that John Wick was such an integral part of.

And speaking of Wick, we come to the other part of this movie that shouldn't have worked; Keanu Reeves.  I mean, the guy kinda blows, and yet he's famous for some unfathomable reason.  But like I said, sometimes he just stumbles right into a role, or else some genius knows that his odd look & voice will fit perfectly with a certain character.  Well, add John Wick to the list of names film buffs will remember when they think back on Reeves' iconic roles.  His part was played perfectly, with a callousness to allow so much violence but with an underlying emotion that make Wick more than just a killer.  Maybe it was the dog, that seems like something that people grabbed onto in the theatre, an extra piece to the puzzle that is the character, something to make him more human.  But Reeves succeeded in getting me behind Wick's mission, in helping me to enjoy the action of the film.  And the side characters were all spot on as well; Nyqvist the crazy Russian crime lord, Dafoe the calm assassin, Adrianne Palicki the sexy black widow, Alfie Allen the dumb rich kid, John Leguizamo the stolen car expert.  Everyone played their somewhat stereotypical roles in a film that could be called the same, but somehow the project as a whole rose above the usual crap.  John Wick is an action movie that stays classic, tosses in a bit of humor & intrigue, and comes away as an impressive bit of entertainment, a film that will surprise. 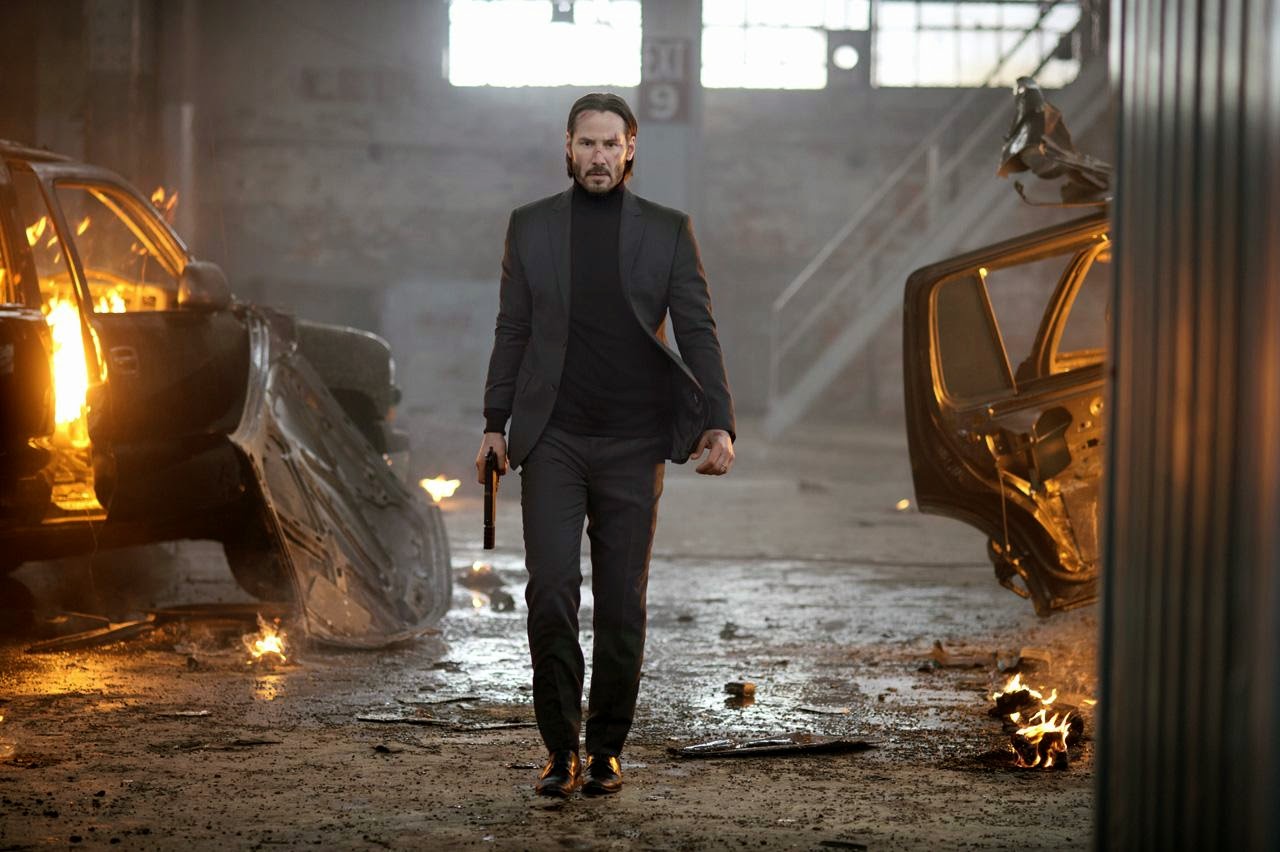