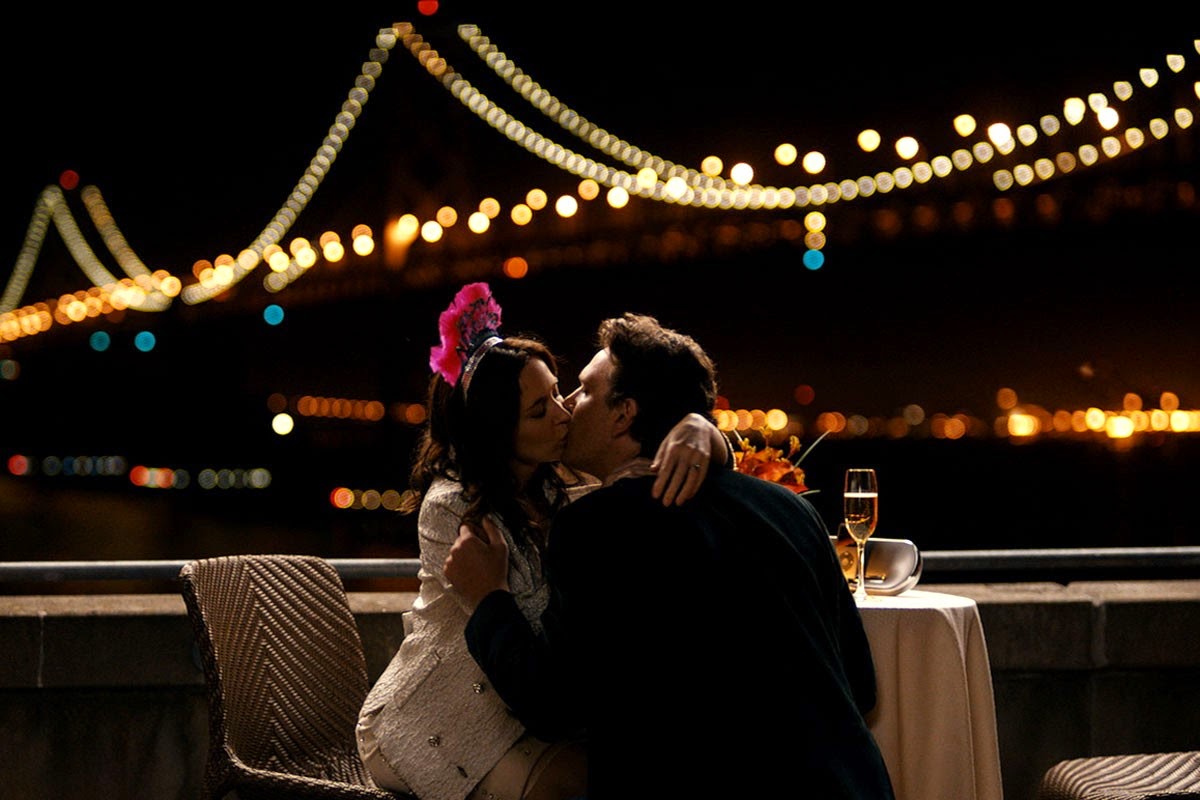 I'm starting to think that I might not like Jason Segel.  I actually did think he did a great job in Jeff, Who Lives at Home, so perhaps he's actually a better dramatic actor than a comedic one.  But every time I see him trying to be awkward & funny I kinda want to punch him in the ear.  The same goes for Chris Pratt, who I loved in Guardians of the Galaxy but hate every time he plays a part doofy.  Maybe both these guys need to stick to actually acting, instead of co-writing stupid movie scripts and then acting like complete douche bags in them.  But I guess there's a market for dumb humor, and there's definitely a market for romantic comedy; The Five-Year Engagement is a perfectly horrible blend of the two.

Tom & Violet are very much in love.  They met at a New Year's Eve party, got engaged exactly a year later, and have begun making plans for their wedding.  But it seems like fate has a different idea, because no matter what they do the pair can't seem to set a date.  They live in San Francisco where Tom is an up-and-coming chef, but Violet's doctoral work take them to the University of Michigan, a place that neither ever saw themselves living.  Job problems, a growing distance between each other, and some very poor decisions keep the couple from knowing for sure that this is who they each want to spend the rest of their lives with.  Love is often funny, sometimes difficult, but usually complicated, and Tom & Violet experience it all during the five years that they are engaged.

That was actually pretty torturous to write.  It's really a very boring story; they fall in love, move to Michigan, and start having trouble.  By the end I didn't really care if they got together or not, I just wanted the movie to be over.  And that's sad, because it actually started off rather well.  The characters were funny, there were a couple laugh-out-loud moments, and Segel & Blunt's chemistry was working as well as can be expected for a big goof & a hot Brit.  But about halfway through the film shifted, took a turn for the insane, and never looked back.  I actually thought it was a dream sequence at first, this weird change in pace & plot.  But when it turned out to be just a continuation of the story, I decided someone has just made a big mistake.  The movie went rapidly downhill, was rarely funny again, and any believability that the couple had went straight out the window.  Jason Segel; you did a bad job, both acting & writing, and I'm sorry I watched your movie.