Sometimes a simple idea produced on a low budget can make a big impact.  It doesn't always take Hollywood scale in order to create a movie people want to see, a story worth watching, or a script worth its weight.  Worm is an example of bare-bones film-making that succeeds without many definable characteristics going for it.  No big stars, no great effects, a simple set, a basic plot.  But combine a good director with one strong actor in a film that's written & edited well and you don't really need much else.  Perhaps the low budget of the movie will limit its accessibility, but the lucky few who stumble across it will get a show worth every minute of their time, a film that may not be fancy but doesn't need help packing a solid punch.

In this off-beat sci-fi film, our divergent future is bleak.  Humans have lost the ability to dream, causing them to focus more on their waking lives, something that doesn't have pleasant effects.  Without fantasies, the populace is depressed, their daily lives lacking the excitement that their dreams used to provide.  Societal upheaval begins, the foundations are shaking, until in steps Fantasites.  The name is a play on fantasy & parasites, but the actual agent is no laughing matter.  A Fantasite is a worm that, when allowed to enter your ear, causes humans to dream again.  And not just any dream, but a fantasy, an adventure, a vivid imagining that makes real life look pale.  This new "drug" is the hottest thing on the market, its popularity soars, money is being made hand-over-fist, and people are settling back into their normal lives thanks to this miracle cure.

For Charles, a poor maintenance man, Fantasites become an unreachable goal and a cure for his real life problems.  Charles has no friends, lives with his father in the building he repairs, doesn't talk to anyone but the tenants, and can't help obsessing over the possibility of dreaming once again.  He just wants to fit in, to have a taste of the heaven Fantasites provide, to meet people and become their friend.  And so he pathetically begins attempting to befriend a couple that he idolizes, Reed & June, trying his best to be cool guy he so desires.  Charles buys a dog in order to walk with June & her pet, he pesters Reed to call him & hang out some time, and he spends all the money he has on Fantasites, a shared "hobby" he hopes will get him closer to his new pals.  But the worm has side effects, more & more revealed in the news each day, exhibiting themselves in Reed & June, drawing Charles into a world he never meant to be a part of, complicating a simple need for companionship that may never be realized. 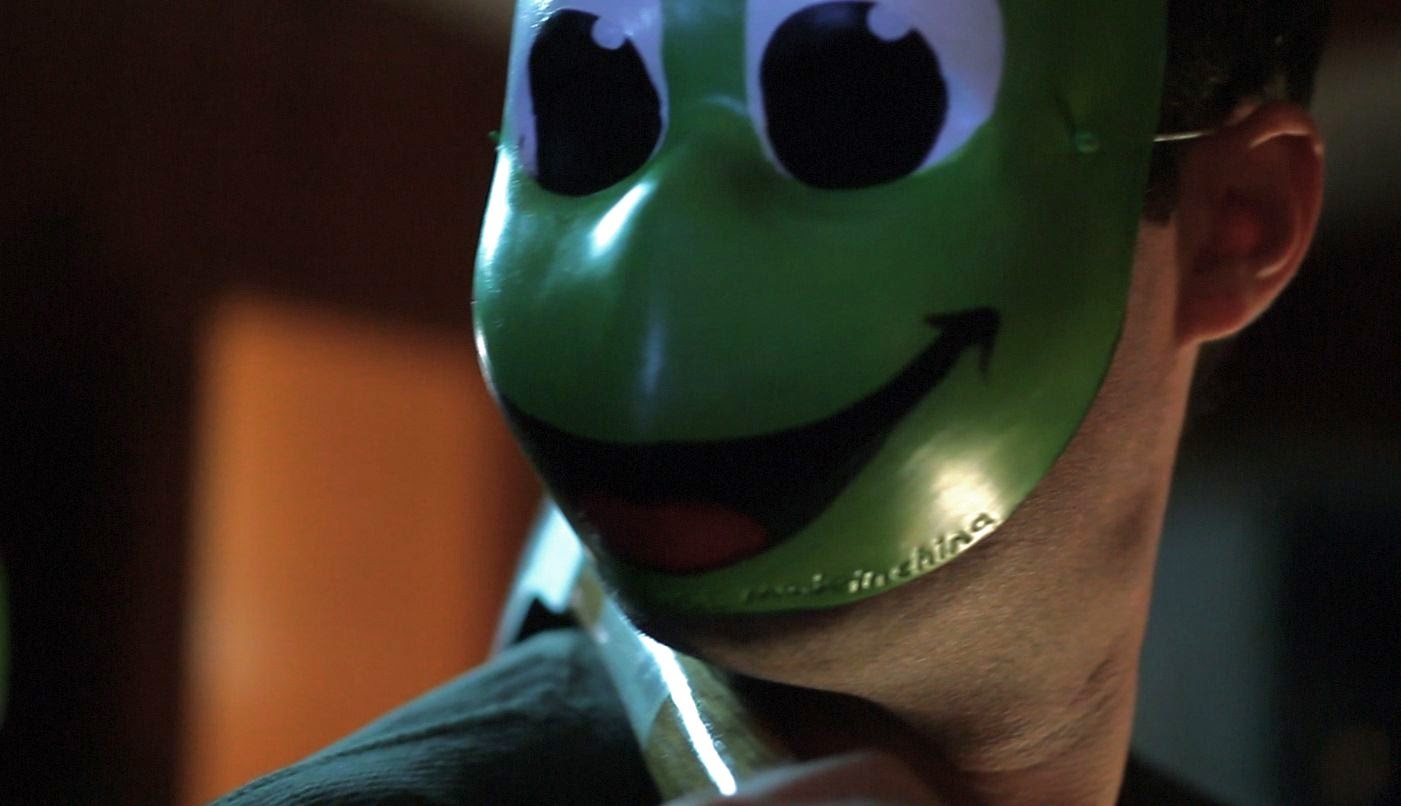 It's a surprisingly simple storyline that has a lot to say.  The Fantasites themselves are a cool concept, a parasite that allows people to dream, a biological drug that makes life better, or so it would seem at first.  But every drug has a downside, and the Fantasites have many.  What this has to say about our society's actual drug problem is pretty genius.  The addictions, the government regulations, the illegal trafficking, the war on usage, the news stories; all this is portrayed perfectly in this film and in a simple, light way that speaks volumes.  Even the packaging of the product and the children's masks based on the worm; horribly funny and poignant, dark and revealing at the same time.  I didn't expect Worm to have a message but it has many, gently introducing major morals that go almost unnoticed at first until they begin to sink in.

And as for production, the film exhibited great directing with a soft touch that didn't transform the story into a lecture.  The plot was allowed to speak for itself in a way that too many Hollywood films can't even dream of figuring out.  John Ferguson as Charles carried the film with his character, giving us a sad hero to root for, an embarrassingly meek protagonist who we wanted to win but we kinda knew never would.  I can't say that the entire movie was A-quality; it was a low budget indie sci-fi flick after all.  But what it managed to do with no money & no stars was pretty unbelievable, fairly impressive.  It's a good concept that relied on one actor to pull off, a plot that had some points to make & did so with little effort, a movie that's worth watching. 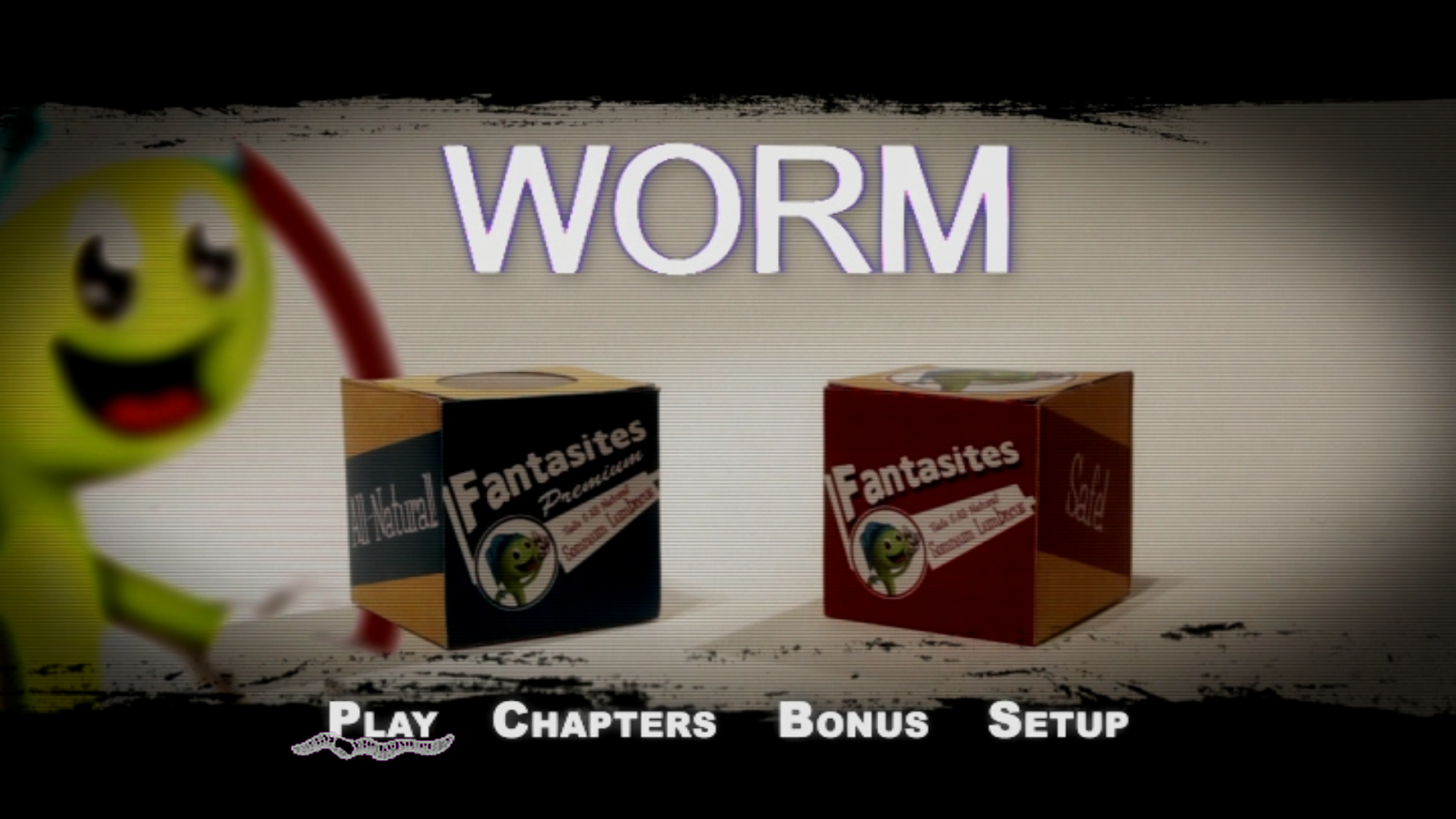 Video - With an aspect ratio of 2.35:1, the video ought to have been better than it was.  I guess you have to remember the small budget, but the camera quality didn't rise to the definition of the DVD.  The picture was often unbalanced, with a low clarity at times, and didn't impress.

Audio - The disc was done is Dolby Digital, with 2.0 Stereo being the only audio option.  There is an opportunity to turn on a commentary track featuring Jeremy Pearce, Julian Herrera, Jennifer Bonior, and Doug Mallette.  The sound quality was good, and the soundtrack was surprisingly great, with a nice song selection that successfully set the mood.

Extras - There are quite a few extras on the DVD for a fan of the movie.  You can watch the short film that the story is based on, eight minutes in length.  There are ten minutes worth of deleted scenes that flesh out the story.  And there are two different trailers for the film.

Recommended.  I was surprised by how much I appreciated Worm, both the simplicity of the story and the quality of the telling.  It's a weird indie film that won't be to everyone's taste, but one that has a lot to say in a short amount of time.  The video wasn't excellent, the audio & soundtrack were solid, and the extras were plentiful.  Make sure you want this genre before sitting down to watch this film, but assuming you're interested I doubt you'll leave disappointed.