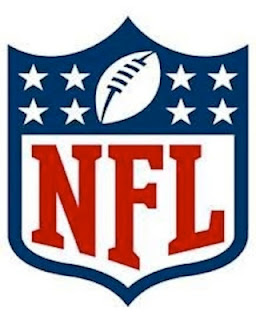 Cin @ Hou - A rematch between an AFC Wild Card matchup last postseason.  The result; the Bengals losing to the Texans dominate D and their 3rd string QB.  The Texans should be able to win at home and healthy.  However, they are slumping, losing three out of four when it mattered,  while the Bengals are hot, winning their last three games when the playoff picture was wide open.  I still have to go with Houston though, as Dalton makes too many mistakes and has too few passing options.  If the Texans can take away A.J. Green they can win easily.  Final: Houston 27-13
Min @ GB - When it mattered to them and was at home, the Pack beat the Vikings 23-14.  When it didn't matter to them and was away, the Vikings beat the Pack 37-34.  In this game, at home, in the cold, when it counts, I have to pick Aaron Rodgers and the Packers to beat Adrian Peterson and the Vikings.  Peterson has had a great year, but his QB is still Christian Ponder, and with GBs defense finally healthy, I look for them to put the hurt on Minnesota.  Final: Green Bay 31-10

Ind @ Bal -The old Baltimore team versus the new.  This is a tricky matchup.  On one hand you have a young QB, making mistakes, winning close games, feeding on the momentum of a fanbase, and on the other you have an again defense, a offense gone stagnant.  The Ravens fired their O-coordinator, had a few rough weeks, but may have fixed their problems.  Luck is error-prone, which could put him in an early hole that is too tough to get out of.  I see a close one.  Final: Baltimore 17-14
Sea @ Was - The Redskins are the 2nd hottest team in the league, behind only the Broncos.  They have won all seven of their games since their bye week.  Obviously, RG3 is learning, improving, and needs to play well for the the Skins to get past an excellent Seahawks D.  The problem for Seattle is that they're playing on the road; they are 8-0 at home, but only 3-5 away.  The 12th man doesn't travel to D.C. and, although I hate to pick all home teams, I think the Hogs win.  Final Washington 27-21
Posted by Olie Coen at 3:12 PM