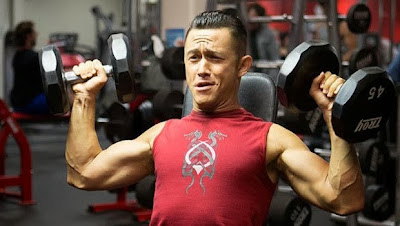 
JGL has really come a long way.  He started out as a child actor on TV & in movies, and then got his breakout roles on 3rd Rock from the Sun & in 10 Things I Hate About You.  He didn't do anything big for a while, but then burst out onto the scene: (500) Days of Summer, Hesher, Inception, 50/50, The Dark Knight Rises, Looper.  And now comes Don Jon, not only a film in which he is almost completely alone as the star but one that he also wrote & directed.  It's his baby, his first big independent project, and so any credit or fault goes directly to him.  Lucky for him the movie was a success, a funny & original take on what it's like to be a young adult trying to find love & sex in a complicated (and Catholic) world. 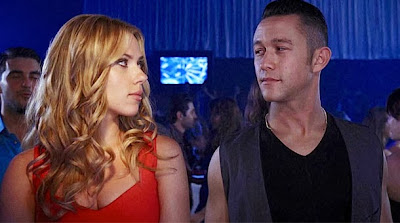 Considering that this was JGL's first attempt at writing & directing a major motion picture, I'd have to say he did one hell of a job.  It never felt amateur, which is something even veteran filmmakers can't always say.  It had a quick flow, a clever hook, some simple metaphors, and never tried to be an amazing piece of cinema.  He kept it simple, and that simplicity allowed the character of the film to shine through clearly.  It was often funny, always honest, pretty realistic, and not convoluted with a lot of useless drama & deep meaning.  The story was about Jon, why he was the way he was, what he was looking for, what we are all looking for, how to get it, and how it so often becomes fucked up.  There were a lot of adult themes in the movie; sex, porn, semen, pot, cursing, you name it.  But it never felt overdone, never like those parts were added just to get an R rating.  It was a snapshot of a character's lifestyle; perhaps not one that most of us have, but one we all relate to in parts.

And JGL delivered on the acting side of things as well.  He was cool, suave, not cheesy, believable, and always driving the action of the film.  Even Johansson & Moore were good, and I usually hate them with a passion.  Scarlett was sexy, spoiled, in control; this was probably the best acting I've ever seen from her.  Maybe from Julianne as well, who's usually terrible.  But this role didn't ask too much of her, nor did any of the other parts in the movie.  No one was asked to do more than they could, the movie wasn't forced to be anything it was not, and the result was a surprisingly fresh comedy that had some things to say that were worth listening to.  Perhaps it's not a film for everyone; masturbation was a central theme and I could see how that would make some people uncomfortable, and maybe the movie was geared towards 18-35-year-old males.  But as a whole it was a strong project, a great movie for a first-time director who also wrote & starred.  I would see another Gordon-Levitt film in a heartbeat if it were to be anywhere near as good as Don Jon. 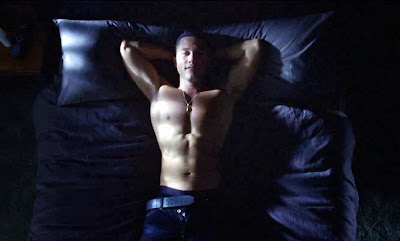