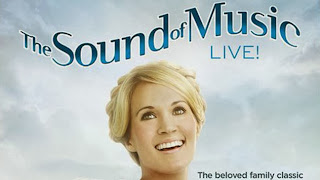 
I'm gonna count this as a movie, even though it isn't.  Hey, it has an IMDB page & is listed as a TV Movie, so I think I'm good.  You can also get it on DVD to watch over & over & over again if that's your thing, though I'm gonna go out on a limb and say the video sales will not be vast.  At its core, this was just theatre, though it was advertised as an incredible live television event starring the beautiful Carrie Underwood.  Whether it was her name or the fame of the original show/film that caught people's attention, a lot of viewers tuned in to watch what was basically a broadcast of a Broadway show cast with Broadway actors except for the main part.  That was cast with a country-singing reality show contestant.  Can you guess where things went wrong?

The story is one we all know.  Most of us have either seen a version of the original Rodgers & Hammerstein play or the movie adaptation starring Julie Andrews.  This live version was the play, simple as that, with every lyric, song, and line straight from the original Broadway production.  The story follows a young girl named Maria, a nun-in-training.  She is an orphan of the Austrian countryside and has gone to live at the local abbey.  But their ways are not exactly for her.  She is free spirited, loud, lively, and can't follow the rules.  The Mother Abbess feels that a change is necessary, that Maria needs to try another life in order to see if being a nun is God's real plan for her.  So Maria is sent to the home of a wealthy naval captain to govern his children & to find her place in the world.


Only scheduled to be there for a short time, Maria soon finds herself falling in love with her new life.  The Von Trapp children steal her heart with their desire to be loved.  Liesl, Friedrich, Brigitta, Louisa, Kurt, Marta, & Gretl; they miss their dead mother & their absent father so much, just needing someone to help them sing & to live again.  Captain Von Trapp is a distant man, clinging to his military rigidity and not allowing anyone into his heart.  That is, until Maria brings music back into the home & a warmth back into the family.  But the love story is not perfect.  The Captain is set to marry a rich widow, Maria is confused about her feelings, and the beginning of WWII is just around the corner, with the Nazis advancing upon Austria.  The Von Trapp family will have to weather the storm, unite together, stand firm in their beliefs, and above all share their love of music with each other & the world if they are to have any hope of surviving the great changes of the new world. 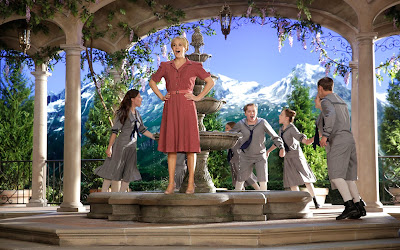 First off, it's unfair to judge this "movie" against the 1965 version.  This isn't a remake of that film.  It's a live performance of the original play, a Broadway-like production with cameras instead of an audience.  And as far as that's concerned, as far as the theatrical value of this live event, everything was top notch.  The sets were beautiful & extravagant.  The costumes were appropriate & appealing.  There was only one line flub that I noticed, between Captain Von Trapp and the German naval commander, but that will happen on any given night of any live performance.  Maria only almost fell once, and overall things went smoothly.  And the music was pretty excellent.  The numbers we know from the movie were strong (Do-Re-Mi, Climb Every Mountain, Sixteen Going on Seventeen), as were the excellent songs from the play that don't appear in the film (No Way to Stop It, How Can Love Survive, An Ordinary Couple).

But the problem was the acting.  Now, the Broadway actors that filled the smaller parts were quite good; they are professionals after all.  The children all did a tremendous job, the Captain was played well, the nuns were fine, and Max & Elsa literally stole the show.  They were incredible, as both their characters & their voices were perfect & extremely entertaining.  I have never seen a better pair on screen or on stage; they deserve all the credit for making every scene that they were in better.  So, who does that leave?  Carrie.  Her singing was great, but her acting was on par with the pretty girls who got lead parts in my high school theatre group.  I'm not picking on her because she is the only non-professional, she has a good voice, and I understand using her to draw an audience, but she simply can't act.  It was embarrassing to watch her struggle, to deliver every line in the most stilted & unbelievable manner possible.  She turned what was a strong live performance into crappy community theatre, one that I would not revisit to see another show.  Her lack of any acting talent whatsoever crippled what otherwise would have been a nice show, and she deserves sole blame for ruining the night.  I don't think I'm being dramatic; she was that bad and I hope she never tries anything like this again.  At least we know now, and hopefully she does too. 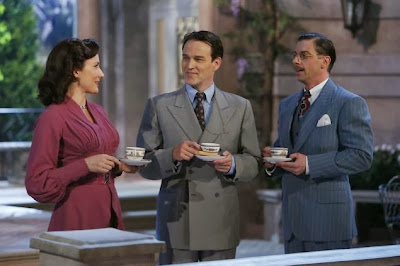