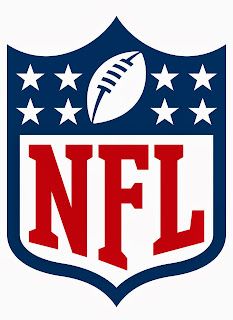 Mia @ Buf - It's all starting to come together for the Dolphins.  They hang on to upset the Patriots, they put together a winning streak, and the playoffs seem just within reach.  They have got to win these last games of the season and I think they will, starting with a beatable Buffalo team.

NO @ Car - The Saints are in trouble.  They're still a great team, but the blueprint for beating them has been established; take away Jimmy Graham.  Brees doesn't seem like the same QB when his TE is unavailable, and let's not forget that NO has not been a very good road team all season.

Min @ Cin - Last week's loss to the Stillers didn't surprise me, despite the Bengals being the better team.  What would surprise me would be the Vikings beating them at home.  Cinci is undefeated in Queen City and knows now that the playoffs are not guaranteed if they start screwing off.

Den @ Hou - The best team in the league vs the worst.  This could have been a trap game had the Broncos not lost last week and been smacked in the face with the knowledge that the playoffs are coming & that they'd better regroup.  I don't think Peyton & Co. will falter here.

Ten @ Jax - Here's the surprising fact of the day; the Jaguars are 3-1 when playing teams in their division.  They can't beat anyone else, but that doesn't matter as far as this matchup is concerned.  Neither of these teams has any playoff hope, but the Jags are playing at home and should win.

Ind @ KC - Recently the Chiefs have only been able to beat mediocre teams.  But right now, I think you've got to call the Colts a mediocre team.  They've backed into the playoffs where they might be hosting KC in the first round.  So this game has some meaning to it and I can't see Indy winning.

Cle @ NYJ - We'll call this the Who Cares Bowl.  Neither team is going anywhere, both have a boat load of problems, and it doesn't really matter which way this one goes.  The Jets are good at home (5-2) while the Browns suck on the road (1-5), so I guess the game is in New York's hands.

TB @ STL - I didn't see that last one coming, as the Rams stomped the Saints.  If they can do that to Drew Brees, what can they do to Mike Glennon?  Add in the fact the the Rams are a good home team while the Bucs lose when they're away and we should have a one-sided battle.

Dal @ Was - This one could get ugly.  No one allows more points than the Redskins, though the 'Boys aren't far behind, so we should get to see a good old fashioned shootout.  The winner will be decided by which QB makes more mistakes, Romo or Cousins.

NYG @ Det - I hate picking Jim Schwartz & the Lions to win anything, but how could I pick a team that scored zero points at home last Sunday?  New York is a giant mess (see what I did there?) and should lose even though Detroit seems to have a penchant for sucking.

Ari @ Sea - It's been fun watching the Cardinals surprise us all, but they're just out of the playoffs and have to go into Seattle to take on the Seahawks.  No team is more powerful at home and I can't see Palmer playing better than Wilson.  It's been a nice run, but it could all end here.

NE @ Bal - If the Bengals are the AFC's Lions, than the Pats are the AFC's Siants.  Take away their main weapon, send them on the road, and watch them crumble.  You could probably say the same about most teams, but the Patriots are supposed to be elite.  I doubt they show that this week.

Pit @ GB - Matt Flynn did just enough last week to win, with a little help from Tony Romo of course.  Rodgers could be back this week, maybe next, but either way I think the Pack are just the better team, despite Pitt's big win vs Cinci last week.  Look for some Lambeau Leaps.

Oak @ SD - This would be a simple game to pick if the Raiders didn't enjoy playing the spoiler so much.  As it is, I don't think they have enough this season to mess up too many teams' plans.  The Chargers are heating up at the right time, have their sights on the playoffs, and should roll.

Chi @ Phi - Jay Cutler is back & the Bears are alive, but that defense is still a major problem.  Both Chicago & Philly are leading their respective divisions & want to hold onto them, but someone's going to fail.  The Iggles always play better vs NFC opponents & should win here.

Atl @ SF - I don't love the Niners and I can't see them going deep in the playoffs, but this is a winnable game.  The Falcons are over-matched, on the road, and just can't keep up.  The Niners are coming in hot, winning four straight.  They'll keep it going and get the W here, no problem.
Posted by Olie Coen at 9:29 AM