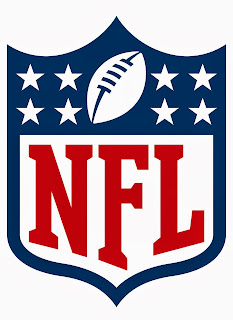 Cle @ Pit - The Stillers still have an outside chance of making the playoffs if they can win here and a few other teams lose.  Not very likely, but possible, and the Browns shouldn't be much of a problem.  They've only won one road game all season and that bad trend should continue.

Was @ NYG - It's hard to predict who will win a game between two teams that are officially out of the playoffs and have nothing to play for.  At least the Giants can still save their coach's job by finishing strong; the Redskins have assumabley already decided to move on from Mike Shanahan.

Bal @ Cin - Well the Bengals have already locked up their division so they'll only be playing for seeding, but I still think they'll bring it against their rival.  If the Ravens were going to make a run at the last wild card spot they'd have done it against NE instead of getting creamed 41-7.

Hou @ Ten - Another meaningless matchup, but one that someone's gotta win.  The Texans have lost an amazing 13 games in a row after winning their first 2 and I just can't see them turning that around now.  The Titans aren't good & they're out of the playoffs too, but they should still win.

Jax @ Ind - The Colts were in big need of some momentum going into the playoffs as they were not looking like a tough team at all.  Two wins in a row should help that, as should a home win here.  The Jags have been playing better of late, but they don't really stack up.

NYJ @ Mia - The Dolphins are so close to the playoffs that they can almost taste it.  Almost.  After getting blown out by the Bills last week they have got to win here to keep their playoff hopes alive.  Luckily the Jets are done and are also 1-6 on the road.  You can do it Miami!

Det @ Min - It's almost unbelievable how badly the Lions have squandered some golden opportunities.  Rodgers & Cutler go down, the division is wide open, and they collapse when they need to win the most.  Well their season is done and I can't see myself picking them to win ever again.

Car @ Atl - No divisions have been won in the NFC quite yet, while all are sewn up in the AFC.  So while the Panthers control the South right now, they better win if they don't want to lose their grip & go on the road in the playoffs.  Atlanta is a team that they can beat, even away from Carolina.

TB @ NO - But if the Panthers do lose, then the Saints can jump right back up on top with a win here.  They are undefeated at home this year and I can't see them losing the most important game so far to the Bucs.  NO doesn't wanna go somewhere cold in January, they won't leave happy.

Buf @ NE - The Patriots showed last week that they're not messing around with a big win over the Ravens.  They want that #1 or #2 spot so that they can play in Foxboro come the playoffs.  Right not they just need to beat the Bills at home, which really shouldn't be that hard.

STL @ Sea - That slap in the face in the form of their first home loss of the season last week might have been exactly what the Seahawks needed to get their feet back on the ground.  Now they know that they have got to stay focused each & every game.  They should win here & beyond.

GB @ Chi- This is one of two games that will decide a division.  The winner takes the NFC North, the loser goes home.  The Bears are helped by the fact that Jay Cutler is back, although he's a little rusty.  I still think he beats Matt Flynn & the Pack, even though Chicago's D is awful.

SF @ Ari - I've enjoyed rooting for the Cardinals to make some noise this season and they've really been fun to watch.  Right now they are out of the playoffs, but they would still have a shot if they were to win right here.  They are 6-1 at home, just beat the Seahawks, and could win it.

Den @ Oak - Just the second away team I've picked so far, but I gotta go with my Broncos.  Peyton just set the all-time TD record with 51, Denver owns the #1 seed, and I think they win one more here to cement it.  The Raiders might like to play spoiler, but they just don't have the team.

KC @ SD - The Chiefs don't have anything to play for in this one; they're stuck at #5 and will be going on the road in Round 1.  The Chargers on the other hand are playing for their lives.  A win here goes a long way toward getting that coveted last playoff spot, and I think Rivers leads them to it.

Phi @ Dal - Last game of the regular season and it's a big one.  Winner takes the NFC East, loser goes home.  And with Romo now out for the season, I don't think the 'Boys have much of a chance in this one.  Kyle "Neck Beard" Orton steps in as the QB and should lose his only start of the year.
Posted by Olie Coen at 10:59 AM