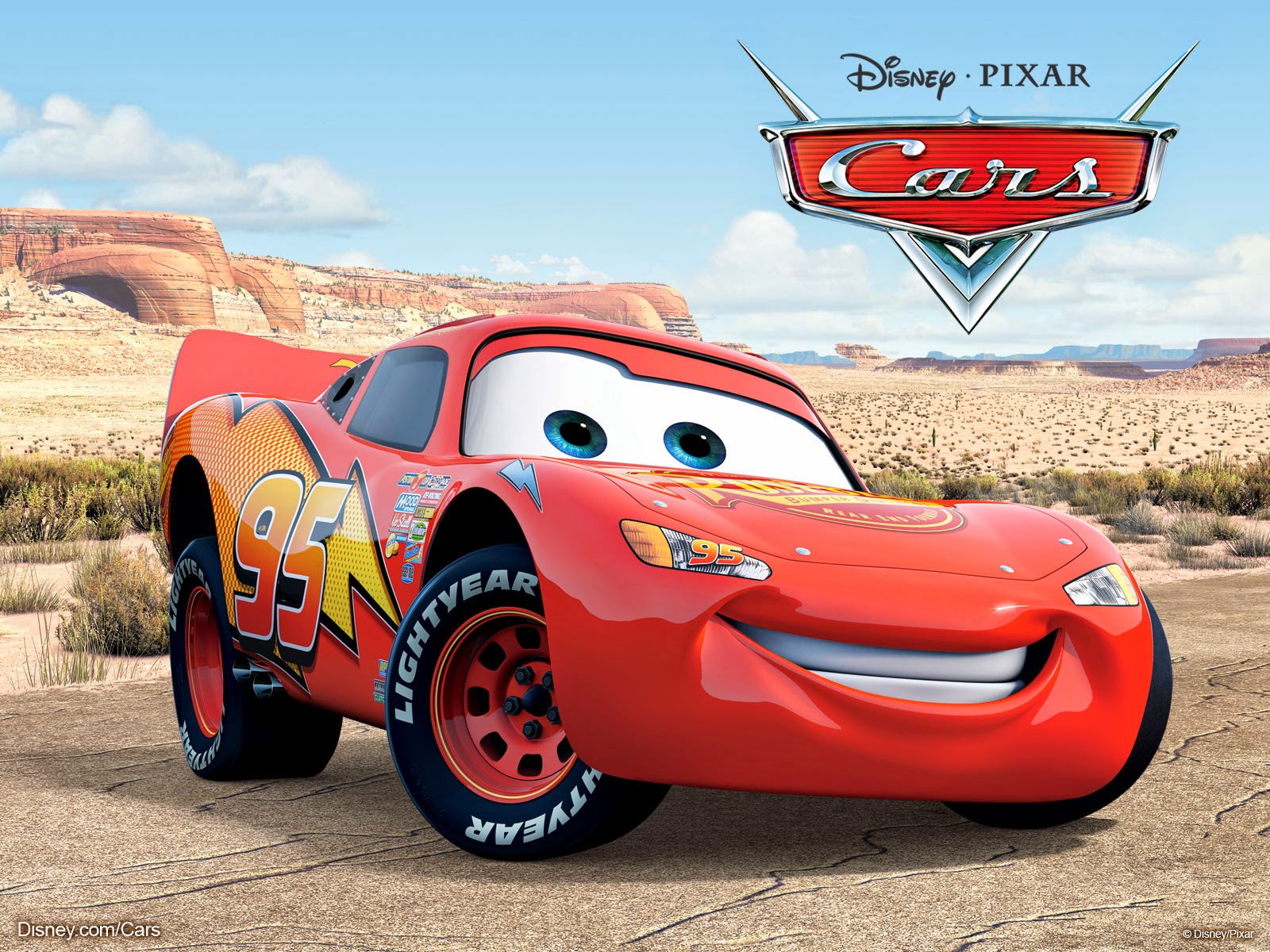 
I somehow missed out on seeing this little phenomenon when it first came to theatres.  I didn't have kids then I guess, not that adults can't enjoy a good Pixar movie.  But I definitively have been watching more since my children became old enough to watch movies.  Monsters Inc., Finding Nemo, WALL-E, Up, all the Toy Story movies, Turbo, though that's actually DreamWorks.  And I've enjoyed them all, with their clever characters, hidden humor, and excellent animation.  I was sure to like Cars, especially with Owen Wilson as the voice of Lighting McQueen.  I love me some Owen Wilson, nose, voice, and all.  Not that he's an amazing actor, but his work with Wes Anderson alone is enough to make me forgive him for Behind Enemy Lines.  Anyway, his wonderful drawl is back on display in this movie, as are the voices of a ton of talented actors & racing legends.  Count me in.

Never before has a rookie won the Piston Cup, the most prestigious American racing award.  We're down to the last race in the series and the winner looks to be either veteran King, constant runner-up Chick, or newbie Lightning.  But when all three tie for the win, a three-car winner-take-all race is announced.  McQueen knows this race will lead to him to glory and a new sponsor, but on his way to California to compete he runs into a little trouble.  The hotshot rookie finds himself in hot water when he gets lost, stumbles upon the sleepy town of Radiator Springs, and accidentally tears up their road.  Ordered to fix the street before he can leave, Lighting is trapped in the backwater.  At first all he wants is to get to his race, but he soon learns that friendship is all around him, and that this town has more heart than he ever expected to find.

Cars is a bit more than just a cute kids movie.  It's got a heart-warming story that we can all relate to; finding yourself, falling in love, learning from your mistakes, making surprise friends.  It's a fun way to spend 90 minutes, in a feel-good sort of way.  But the greatest part of the film to me were the cameo voices.  The leads were all good: Wilson, Hunt, Newman, Larry, Tony Shalhoub, Cheech Marin, George Carlin.  But I was really amused by the side characters. Richard Petty, Dale Earnhardt Jr, Bob Costas, Darrell Waltrip, Jay Leno, Mario Andretti; some real star power in the world of racing and some cool celebrities.  It added a little humor and adult awareness to the movie, making it this fun project and not just a kids film.  And the animation was excellent, cars perfectly crafted to fill the roles of people.  The music was good, the "scenery" beautiful, the morals well delivered.  Cars is an all-around entertaining film for both children and adults, a wild-ride and visually stunning piece of cinema that I now own and will gladly watch again upon request.