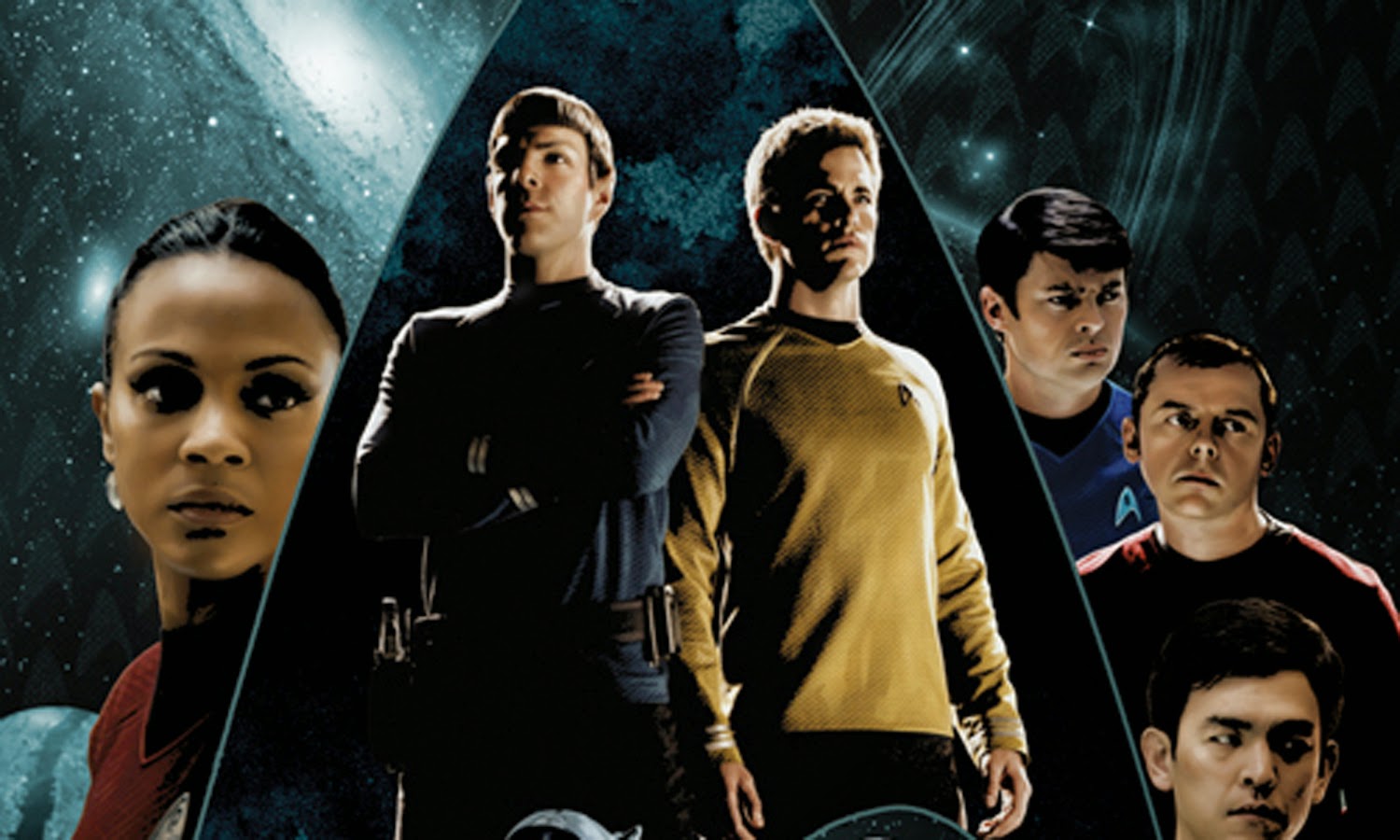 
This is my second time watching this reboot of the classic series.  I was never a Trekkie, never really watched the old TV show or the Next Generation.  I did, however, see quite a few of the old movies as a kid, also some of the newer ones.  But I was always more into Star Wars that Star Trek; the former has more of a fantasy vibe which I've always preferred in a storyline over sci-fi.  Don't get me wrong, I love sci-fi, but it's the fantasy perspective that gets me on board.  Anyway, when I first saw this movie I didn't think I'd like it.  It wasn't my thing, I assumed they'd butcher a classic, and I just felt like it'd end up as crap.  Well it didn't.  Abrams & his crew did an amazing job of creating something new while not screwing up a standard.  And watching it a second time didn't change anything; Star Trek is still an excellent sci-fi adventure that I could watch again & again.

The film is somewhat of an origin story, somewhat of a new beginning.  Bare with me and I'll try to explain.  At the beginning of the film we see the birth of James Tiberius Kirk aboard an escaping space vessel, its mother ship going down in flames behind it, destroyed by a strange Romulan mining craft.  Fast forward through the years and Kirk is now a member of Star Fleet, as are the rest of the gang we all know: Spock, Bones, Uhura, Chekov, Sulu.  They embark upon a mission to Vulcan, Spock's home planet, to aid in a rescue mission.  But when they get there they find the same massive Romulan vessel from Kirk's birth.  How the two events are connected, though they are 25 years apart, is a mystery that the crew of the U.S.S. Enterprise will have to solve before every planet in the Federation is destroyed by a Romulan who has nothing to live for but a vengeance that spans time and involves Spock in a way he can't even imagine.

It's a complicated storyline that's difficult to wrap your brain around, even after watching the movie two times.  I think I've got it figured out, but to avoid any spoilers I'll just say this; the plot involves time travel, which always makes things weird.  Basically Abrams and the writers use quantum dimensions to create a world that's both the same and different from the original Star Trek universe.  Sounds strange, but it's also pretty brilliant.  Now this series of movies can go where no man has gone before, literally, because the other Star Trek movies have already happened, both fictionally & actually.  You see?  Well, don't worry about it, just watch the movie.  It's worth your time, even for those not really into sci-fi.  Its an action movie with comedy & heart that never feels stupid.  It takes the themes we love from the old classics, polishes them up a bit, and reinvents the story in a fresh & enjoyable way.  You can tell ever actor is giving his all to pay homage to the old series, the script is written as a modern throwback, and every scene is crafted to be pure entertainment.  This and Star Trek into Darkness are both great films, combining the old & the new seamlessly to forge something unique & comfortable at the same time.  Do yourself a favor and watch this on a nice screen with some popcorn and good company.  You won't be disappointed.