Movie Review - The Place Beyond the Pines 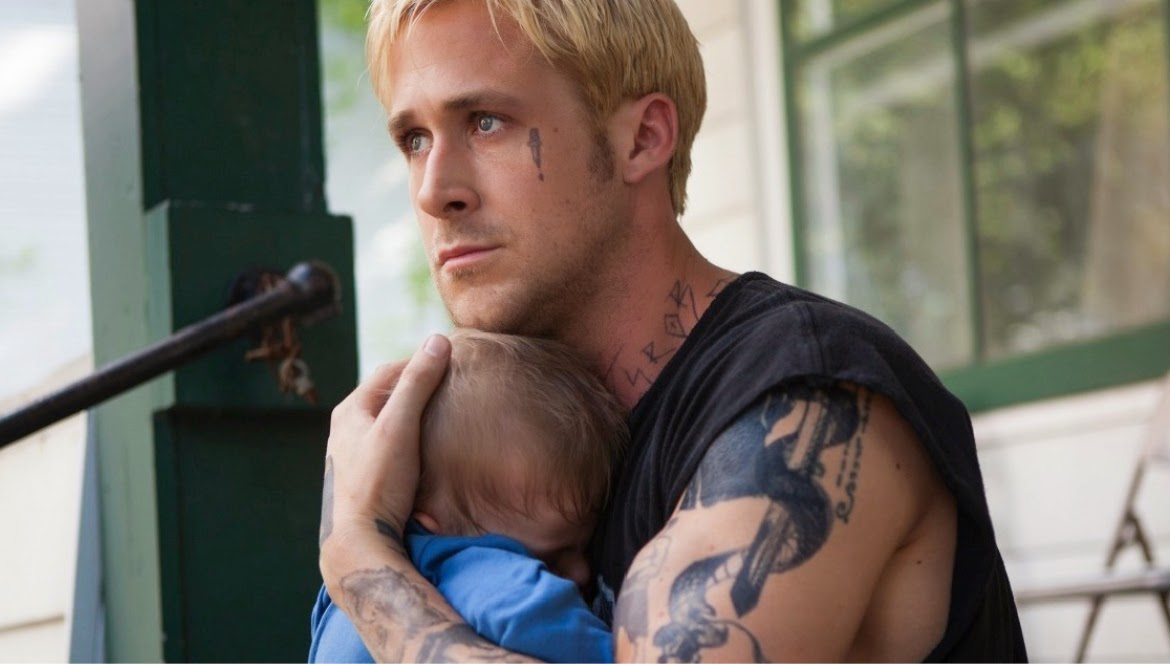 
If you haven't seen Blue Valentine let me take a moment to recommend it.  Though not for everyone, it's an emotionally powerful film that's almost too realistic to love.  But love it I did and if you're willing to have a heavy evening you'll be rewarded with some amazing acting.  Ryan Gosling is more than just a pretty face or a meme, he's an excellent actor who uses charisma & charm to bring us in and then hits us over the head with the depth of his characters.  Or maybe it's just that he works well with Derek Cianfrance, who directed both Blue Valentine and The Place Beyond the Pines.  He wrote both of them too, for that matter, with a penchant for dark moments, hard decisions, disturbingly realistic stories, a touch of violence, and movie moments that you won't soon forget.

The title of the film refers to the meaning of the name Schenectady, as in New York, the backdrop for this story.  Passing through with a fair where he works as a motorcycle stunt driver, Luke hooks up with Romina, a beautiful young Latina girl.  When he comes through town a year later, she has a big surprise for him; a son.  Luke wants to do the right thing, wants to provide for his "family", but Romina has moved on, with a job & a live-in boyfriend.  Figuring things out on the fly, Luke moves in with a mechanic named Robin, stumbling upon a profession that seems to suit his talents more than anything else; robbing banks.  And so begins a life of crime that will alter the lives of everyone Luke knows; his lover, his child, and the policeman tasked with bringing him in.

Talk about heavy.  The movie runs over two hours, with not a lot of breaks for breath.  In a way, it's three movies in one.  Ryan Gosling is the star of the first part, Bradley Cooper the next, and then there's a jump into the future.  All the stories are connected, of course, but I was surprised by the slightly epic feel that the film had.  It's definitely dark in a Cianfrance kind of way, with a ton of themes to sift through, a lot of story to digest, but I enjoyed the challenge.  There was an oppressive overtone throughout, aided by some great music that really set the mood, and also excellent acting.  Gosling & Cooper were great, as was Ray Liotta in a small but meaningful role.  Overall a solid film, one that I'm still thinking about and trying to understand.  But then again, I like that and not everyone does.  Think about what kind of commitment you're willing to give before you turn it on.